‘Burn It All Down’ — Scapegoating the Church for Society’s Sins 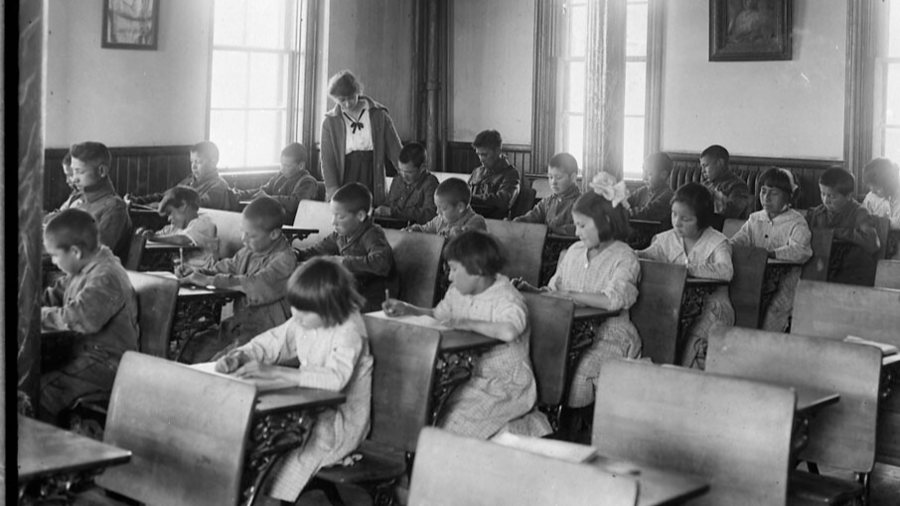 For months, a steady stream of news stories in Canada has highlighted a historic injustice: Indian residential schools. From 1883 until 1996, Indigenous children were taken from their families and sent to government institutions for re-education. The explicitly-stated intention of these schools was to “kill the Indian in the child.”

Thus, they were removed from their parents, families, and communities. Their families were forbidden to visit them. Often, parents were not told where their children were. This was a century-long policy of state-perpetrated family breakup. It was a wicked policy, regardless of the intention.

This history is relatively well-known, but the injustice has been underscored once again by the rediscovery of unmarked child graves on school grounds. The death rate in these schools was high due to disease and malnutrition. At some schools, the mortality rate was 10 times higher than that of the white population.

When it comes to issues like the impact of residential schools, we should be speaking loudly and clearly. When we do not, the arsonists and revolutionaries have their say instead.

Children were subjected to barbaric punishments, sexual abuse, and solitary confinement. They were disciplined for speaking their own language. And when thousands of them died, most of them were not sent home to their families even in death. Their parents never saw them again. Instead, they were buried outside the schools.

It is these graves that are reigniting the conversation about residential schools in Canada.

Because churches were commissioned by the Canadian government to run some of these schools — the Catholic Church, United Church, and Anglican Church — there has been an outbreak of attacks against churches. To date, over 50 Canadian churches have been burned, partially destroyed, or vandalized with red paint. Some of these churches were heritage buildings. Many have been Indigenous churches serving Indigenous parishioners. Many others have been from denominations (like a British Columbian Coptic church) that had nothing to do with the residential school system.

For the Arsonists, Culpability is Not the Point

The arsonists, however, do not seem to care. Culpability is not the point — targeting churches is. These acts of arson and vandalism have been universally condemned by Indigenous leaders. Video footage of some attacks show white activists splashing paint on churches before racing away. It seems likely, at this point, that progressive activists are hijacking a historical discussion to vent their rage against Christianity. Not a single act of arson has been attributed to an aggrieved residential school survivor. Every act has been condemned, often angrily, by Indigenous people who recognize that their pain is being used as a political weapon by leftist grifters.

It is undoubtedly true that leftist activists are hijacking historic injustices to further their agendas. This has always been the case. It is happening in the United States with the issue of historic injustice against African Americans, as well. It is also a reason that conservatives should be cautious.

Conservatives Must Not Cede Control of the Narrative

Too often, the response of conservatives to discussions surrounding historical grievances is dismissal. A key reason for this is the extent to which progressives are often the ones driving the narrative. The conservative reaction is thus a knee-jerk response to leftist moralizing — which can mean that we miss the underlying point. This is especially true when racial discussions are accompanied by church-burnings, statue-smashing, and Marxist solutions.

Many conservatives are rightly suspicious of the proposed solutions. But to ignore the reality of historical injustice would be to throw the baby out with the bathwater and cede these important issues to progressives. The danger in disengagement is that we surrender control of the narrative. If only one side admits that horrible crimes were committed and that these crimes should be discussed, only that side’s solutions will be considered. In the current climate, that is incredibly dangerous.

In short, if conservatives vacate the field with denial, the Marxists stand unopposed. The very people who are often using historical injustices to stoke grievances and burn churches gain credibility when we refuse to engage in good faith with those who are telling their stories and histories. Especially when we, as Christians and social conservatives, have a better framework through which to understand what was perpetrated against these people — and better solutions as well.

State-perpetrated family breakup? The essential nature of family? Parental rights? Intergenerational trauma? The irreplaceability of community? Being guided by history? These are things about which social conservatives and Christians can and should speak fluently. When it comes to issues like the impact of residential schools, we should be speaking loudly and clearly. When we do not, the arsonists and revolutionaries have their say instead.

We cannot afford to let them dominate this discussion.

The progressive narrative is simple: these injustices are the fault of the churches. Christians did this. Christianity, in other words, is synonymous with colonization. “Burn it all down,” as one leftist activist so succinctly put it.

But again, the real story here is one of government-perpetrated and enforced family breakup. There was Christian collaboration, yes. That should be apologized and atoned for. But leftists don’t want to talk about state interference in families because that is a fundamental tenet of their ideology. When we opt out of the discussion, we let them mischaracterize and twist history to their own ideological ends.

We should not let them get away with it.