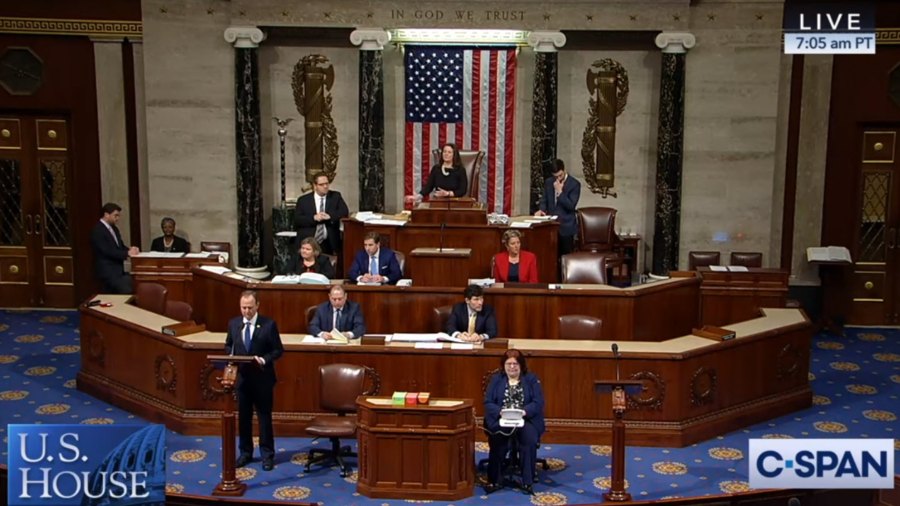 Rep. Adam Schiff (D-CA) speaks on Oct. 31 during a House debate on an impeachment inquiry resolution that established an official framework for the impeachment process.

When you’re guilty, you want things hidden. That’s because you know that if the truth comes to light, you’re in big trouble. Conversely, when you’re innocent, you want things revealed. Let the whole world know the truth. You have nothing to hide. The more people know, the better for you.

So That it May Be Seen Plainly What They Have Done

Jesus addressed this principle in John’s Gospel, stating, “Everyone who does evil hates the light, and will not come into the light for fear that their deeds will be exposed. But whoever lives by the truth comes into the light, so that it may be seen plainly that what they have done has been done in the sight of God” (John 3:20-21).

Even as little children, we intuitively understood this principle.

If you didn’t eat the cookies you were forbidden to eat, you welcomed scrutiny. “Look at my teeth, Mommy! Look at my hands! Look in my pockets! I didn’t even touch the cookies.”

As American citizens, we have the right to know whether there is a witch hunt against the president or whether he has committed an impeachable offense.

But if you did eat them, your tone was quite different. “Why don’t you believe me, Mommy?,” you cried out, with tears. Anything to stop your mother from carefully examining you. If the truth came out, you would be punished.

So, what’s the point of saying all this?

No Need for Impeachment Secrecy

Let everything be known.

Let the doors be opened.

Let the truth come to light.

Of course, within every government, there must be secrets. There are issues of national security. There is highly sensitive information. There are things that must be kept behind closed doors. Lives could be at stake. The fate of nations could hang in the balance. War or peace could be on the line.

Is this really the way to move forward as a nation? Will this really generate confidence in the political process?

Why not bring everything out into the light of day? Why not make full disclosure of all evidence and identify all witnesses (unless, again, there is information which must rightly remain classified)? Why not allow a transparently fair process?

Right now, the perception is that the goal of the Democrats is not to find out the truth about the president’s dealings with Ukraine. The goal is to find an excuse to remove him from office. There’s no hiding these intentions, and the more they work behind closed doors, the worse things look for them.

Secrecy doesn’t look good. An uneven playing field smacks of insecurity and fear. Why not play fair and square?

As American citizens, we have the right to know whether there is a witch hunt against the president or whether he has committed an impeachable offense. We are voters and we are taxpayers, and this is our country. It is demeaning to us when some of our elected officials seem to be playing high-stakes political games.

That’s why we should make our appeal known loudly and clearly: We want transparency. We want an open process. We want all the facts to come to light.

That’s why my simple prayer in these frenzied times is short and sweet: May the truth come to light!

And as the truth comes to light, corruption will be exposed. Double standards will be revealed. Duplicity will be uncovered.

I say bring it on, wherever the truth may lead. Do you agree?