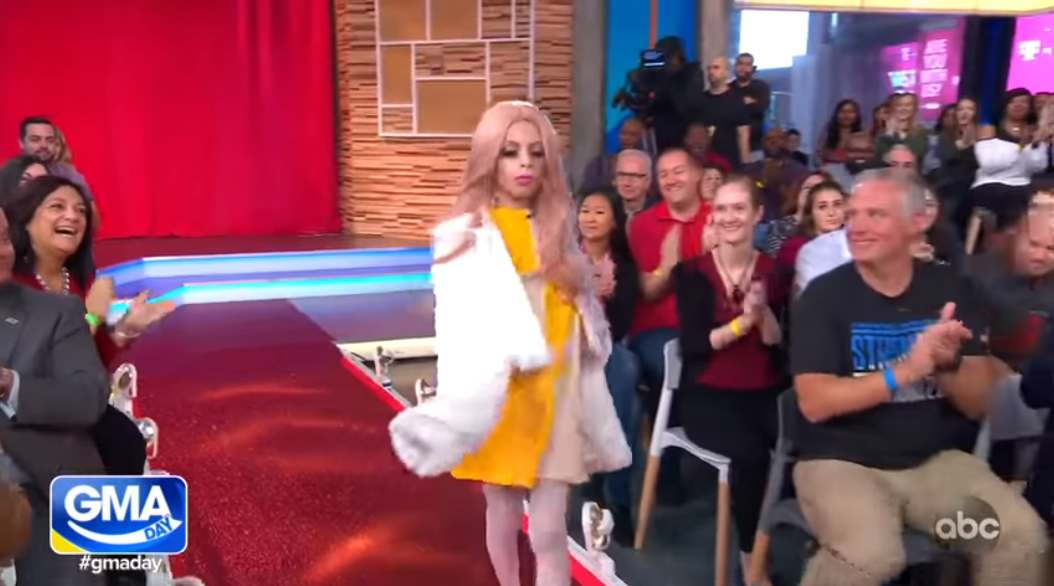 Desmond Napoles walks through the audience of GMA Day in a video posted by Good Morning America Nov. 2. The 11-year-old boy performed at a gay club Dec. 1 while adult men threw money on the stage.

If there is one thing that upsets the gay community, it’s the accusation that most (or many) gay men are pedophiles. Closely related to this accusation is the charge that they’re grooming boys for sex.

Repulsed by Pedophilia and ‘Man-Boy Love’

Every gay man with whom I’ve ever interacted about these subjects has categorically denied them, and to a man, they seemed as repulsed at the idea of pedophilia as I was. And personally, I believe them.

It’s true that, to this day, there is more “intergenerational” dating among gay men. (For Michelangelo Signorile’s defense of this, see here. For a very different gay take, see here.)

It’s also true that infamous pedophile groups like the North American Man/Boy Love Association (NAMBLA) were at the forefront of the modern gay activist movement. And it’s true that some of the most celebrated gay icons, including Allen Ginsberg and Larry Kramer, spoke sympathetically of NAMBLA and the like. (To be clear, they endorsed “fully consensual man-boy relationships,” as if such a thing were morally possible.)

But, to repeat, if there’s one thing I’ve heard consistently from the gay community it is that they deplore the concept of man-boy relationships.

I even encouraged readers to repeat these lines every few paragraphs if they found themselves getting upset. I was comparing the arguments, not the acts.

I still believe this statement is true, and I’m sure there are plenty of gay men in consensual, even committed relationships with other gay men who would vomit at the thought of man-boy relationships. (Of course, I believe their relationship is still illicit in God’s sight, just as I believe many other relationships are illicit, including a guy sleeping with his girlfriend or a man who divorces his loyal wife and marries his adulterous lover.)

At the same time, I believe that the connection between homosexuality and “intergenerational intimacy” remains alive and well, as it has throughout gay history. There’s no denying it now.

Yet there has been no protest from the larger gay community about these things.

More recently, in the wake of the new perverted fad of drag queens reading stories to toddlers and little children, one of the readers, Dylan Pontiff (aka Santana Pilar Andrews) made this stunning statement at a city council meeting: “This is going to be the grooming of the next generation. We are trying to groom the next generation.” (By the way, if you were in the least bit offended by this statement as a parent, that proved you were a hater.)

Yet as this new fad spreads across the nation, there is still no protest from the larger gay community. Silence, if not celebration, rules the day. (Assuming he meant emotional “grooming” rather than sexual “grooming” barely improves the statement.)

Even when little boys become celebrity drag queens overnight, there is no discernible gay protest. Instead, it’s a sign of progress, of tolerance, of enlightenment. (As of this writing, the YouTube video “Meet the 8-Year-Old Boy Who Transforms Into a Drag Queen Named Lactatia” has over 9-million views. Yes, this is happening on our watch.)

But now another step has been taken. A step that is impossible to justify. A step that should certainly merit a universal gasp of horror from the gay community nationwide.

As reported on the Daily Wire, earlier this month, “an 11-year-old boy dressed in drag danced on stage in a sexual manner at a gay bar in Brooklyn, NY, called 3 Dollar Bill. The child, Desmond Napoles, was dressed as a Gwen Stefani-lookalike — full drag make up, a blonde wig, and crop top included — as he bounced around onstage to No Doubt’s ‘Like a Girl’ and collected dollar bills from male adults viewing the number.”

An online ad promoting the event read: “Only in New York… a nightclub that makes you go WHOA!!! FEATURING: Upcoming Legend from Television and the Runway: DESMOND IS AMAZING!!! PERFORMING LIVE! … This stage, this dance floor, this house… is ours as long as we protect it.”

In vain have I searched online for the massive gay protest, for the outrage, for the cries of child exploitation.

In vain have I searched online for the massive gay protest, for the outrage, for the cries of child exploitation. If there are voices of protest, they are few and far between, and they are muted.

“Let’s change this up a bit. What if it were an 11-year-old girl, dancing at strip club or any other kind of club for that matter. Would you be outraged? Of course, you would. And CPS [Child Protective Services] would break their necks removing that girl from whatever home setting she was living in. And, furthermore, someone would d*** sure go to jail. But yet, here we have an 11-year-old boy, who’s being hailed as some kind of hero for the LGBTQ ‘community’, and he’s being paraded around like a piece of meat for the entertainment of adults. In any other form, we’d call this pedophilia. Yet this is being hailed as something groundbreaking and even celebratory.”

Again, I’m quite sure that many gay couples are seeking to live their lives just as many heterosexual couples do. Going to work. Having meals together. Raising kids (be they adopted or from other marriages or some other means). Even going to church or synagogue.

But there’s no denying the direction that gay activism will take us. In fact, just go back to the early days of the gay liberation movement in the late 1960s and early 1970s. Read the demands for the recognition of all forms of relationships. Read the demands for the lowering of the age of consent. And watch the drag queens march front and center, along with the pedophile-approving icons helping to lead the way.

Now that camel has his head in the door, with marriage redefined and homosexuality celebrated and esteemed, the rest of the camel is coming through.

A generation of children is being groomed. What are you going to do about it?