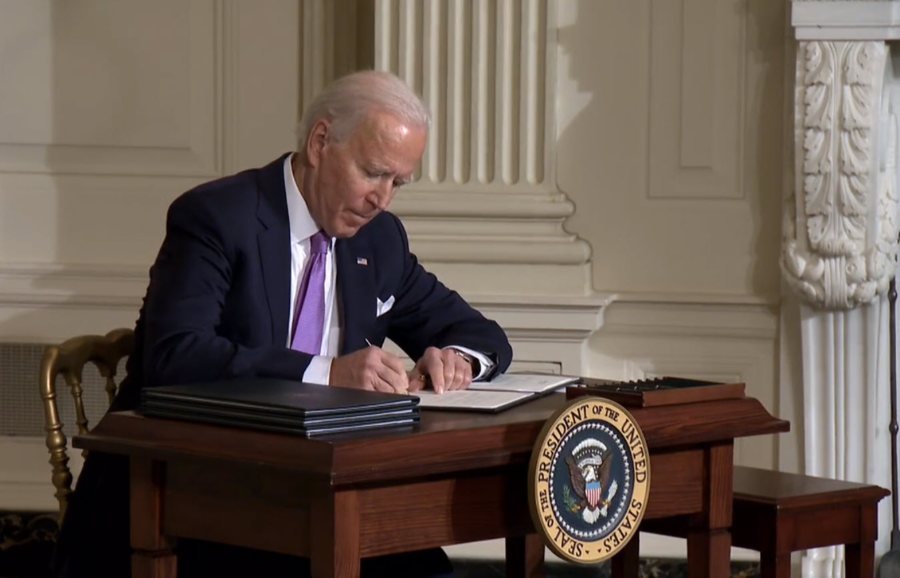 President Biden may be a lot of things, but he is certainly not short on plans for America’s future. His campaign website featured a whopping 48 different plans that cover a wide range of topics. One of the most concerning is Biden’s “Plan to Empower and Protect Women.”

At over 11,000 words, this plan is so extensive that it’s hard to know where to start. So let’s just start with this: I’m all for women being empowered and protected. But I’m starting off skeptical of how the federal government wants to do it.

I’m reminded of something Ronald Reagan once said. “The nine most terrifying words in the English language are: I’m from the Government, and I’m here to help.” So are President Biden’s plans really going to benefit women?

Affirmative Action? No Thank You

Many of Biden’s specific plans involve various forms of favoring women in affirmative action-type policies. He starts with the premise that “women — particularly women of color — have never had a fair shot to get ahead in this country.” So he vows to make sure his Cabinet members “look like the country they serve,” and to give federal funding to women-owned businesses.

Well-meaning as they may be, these plans imply that women are unable to compete with men for a seat on the Cabinet or a share in the market. This idea is offensive to me, and should be offensive to all self-respecting women.

I don’t think most of us want to be chosen for an honor just because of our gender; we want to be chosen because we are good at what we do and have something unique to contribute. And because that is equally as true of women as it is of men, we don’t need these “boosts” from Biden.

President Biden, if you’re listening, thank you for your concern for women. But take it from me — your administration will serve us best by staying in its lane.

The core of government’s role in a free society is to be a referee — not a coach. To enforce the rules and punish those who break them. To preserve order and protect our liberties. The worst thing is for a person dressed in a ref uniform to give some players advantages over others.

Abortion is Not Health Care

To me, the most appalling of President Biden’s “plans for women” are those involving abortion. For instance, he “supports repealing the Hyde Amendment because health care is a right that should not be dependent on one’s zip code or income.” In other words, Biden thinks we taxpayers should pay for women to have abortions.

Let’s put aside for a moment the Supreme Court’s error in ruling that mothers have a constitutional “right” to abort their children. Even if such a right existed, it is a dangerous fallacy to suggest that taxpayers must pay for every choice a person has a right to make.

On a more basic level, we should take issue with the suggestion that abortion (i.e., the purposeful killing of an innocent human being) is “health care.” This old trope is regularly used by the abortion industry to cast something dark (abortion) in a positive light (health care). But the truth is that even the industry knows they are two different things.

Abortion is rarely, if ever, a component of “health care.” In fact, one study indicates that only 4% of abortions in the U.S. have anything to do with the woman’s physical health. Certainly, abortion is not “health care” for its victims; the whole point is for them to die as a result of the procedure.

Abortion does not “empower” women. It destroys some, demoralizes others, and dehumanizes all.

Abortion: The Opposite of “Empowering” to Women

But here’s something else politicians should consider before they talk about abortion as “empowering” to women. Under 35 years of China’s “one-child” policy, 160 million baby girls were aborted because their parents chose to hold out for a boy. Does that sound like female empowerment?

Having not learned any lesson from the disastrous Chinese foray into population control, President Biden has promised to revoke the “Mexico City Policy,” which bars the U.S. from including abortion services in global health efforts it funds in other countries.

The scourge of abortion is dreadful enough within our own borders. Why on earth would we want to pay to export it elsewhere?

President Biden, if you’re listening, thank you for your concern for women. But take it from me — your administration will serve us best by staying in its lane. And that means being fair. It means protecting basic liberty and human rights. We don’t want to be the subject of your social experiments.