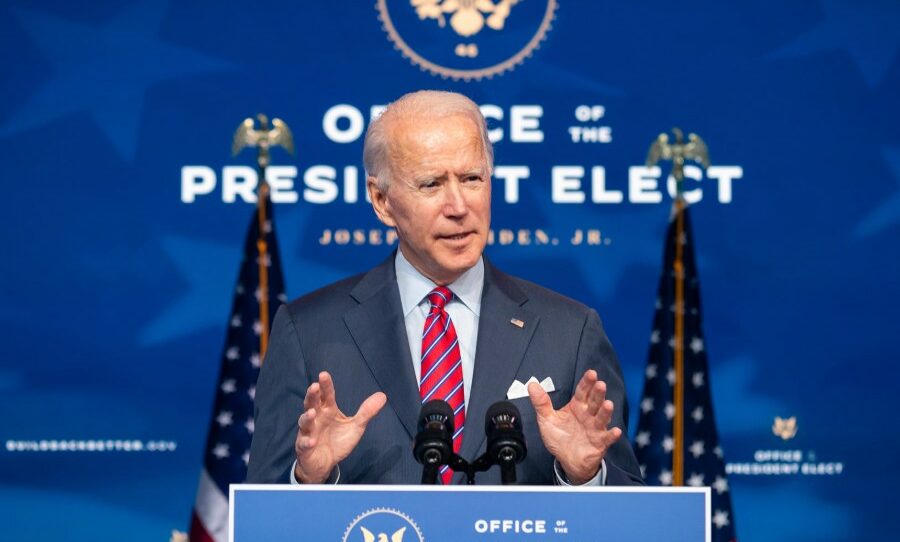 People with strong feelings about President-Elect Biden are about as rare as those who don’t feel strongly about President Trump. It’s no wonder that Biden lagged behind other candidates at the start. He simply couldn’t match the radical appeals of a Bernie Sanders or an Elizabeth Warren.

But as the dust of the crazy election settles and the sun sets on the Trump administration, it’s time to look forward. As fair-minded, patriotic citizens, we should take stock of reasons to respect our 46th president — as well as reasons to be wary of his policies.

First of all, good citizens will respect the office of the president even when they dislike the personality — or policies — of the one who holds it. That doesn’t mean we keep silent in the face of actions we oppose. But it does mean avoiding petty criticisms. And for those of us who are Christians, it means we earnestly pray for him as our nation’s leader.

As fair-minded, patriotic citizens, we should take stock of reasons to respect our 46th president — as well as reasons to be wary of his policies.

On a personal level, there are good reasons to respect Joe Biden. If you are familiar with his story, you know that he has endured unspeakable suffering. He lost his first wife and daughter to a tragic car accident. Years later, he lost another son to brain cancer.

This much sorrow would be enough to break plenty of people. But as one author put it, grief “became Joe Biden’s ‘superpower.’” It’s not that a person instantly earns respect by surviving tragedy. But Biden’s story is about more than survival. It’s about a man who, in the midst of his own grief, cared for two injured young sons as a single dad. It’s about a man who has used his own struggle to speak hope and peace into the lives of countless others.

Finally, we can admire Biden’s many years of public service. For over 40 years, he has represented the people in Washington and around the world. Many of us aren’t fans of his policy. But by all indications, President-Elect Biden is a man who believes deeply in American ideals, as he understands them.

Reasons to Be Wary of Biden Policies

But how, exactly, does Joe Biden understand the ideals of America? His record gives reason to doubt that he views them in the same way the Constitution enshrines them.

For instance, Biden is proud of his role in passing the Affordable Care Act. Well-intentioned as it may have been, the ACA is a shocking example of government overreach. We should never cease to be alarmed by the audacity of Congress ordering private citizens to buy an insurance product.

A little further back in history, Biden also championed the Brady Bill, requiring local officials to do background checks on handgun buyers. Whether or not background checks are good policy, Congress ordering states to do its bidding is not constitutional policy, as the Supreme Court explained. We should be on guard against future intrusions on the states.

But what about Biden’s vision for America’s future? The most concerning thing may be the sheer number of policies he’d like to enact. His campaign website includes a jaw-dropping 48 separate “plans” for the nation. They range from ending the COVID-19 crisis to tackling the “climate emergency” to advancing “LGBTQ+ Equality.”

Plans are good. In fact, Article II of the Constitution empowers the president to “recommend” measures to Congress. But nothing in the Constitution suggests he should make plans that it gives no branch of the federal government power to enact.

A discerning look at the 48 Biden plans reveals that many of them fall into that “no-power” category. The Constitution doesn’t provide power to “secure environmental justice,” or “support nursing homes and long-term care facilities,” or to divvy up the country into racial and ethnic groups and make separate “plans” for each one of them.

The Soul of the Nation

President-Elect Biden kicked off his presidential campaign by acknowledging that we are in a “battle for the soul of the nation.” I think almost all of us would agree with that. The question is, are his policies the antidote to the poison that has infected the nation’s soul?

For those of us who don’t believe so, our task is not to demonize or ridicule those who do. Our task is to help them understand what a healthy American “soul” really looks like. Respect for the Constitution and the rule of law are its hallmarks.

Rita Dunaway is a constitutional attorney, the author of Restoring America’s Soul: Advancing Timeless Conservative Principles in a Wayward Culture and co-host of the weekly Convention of States Facebook Live event.