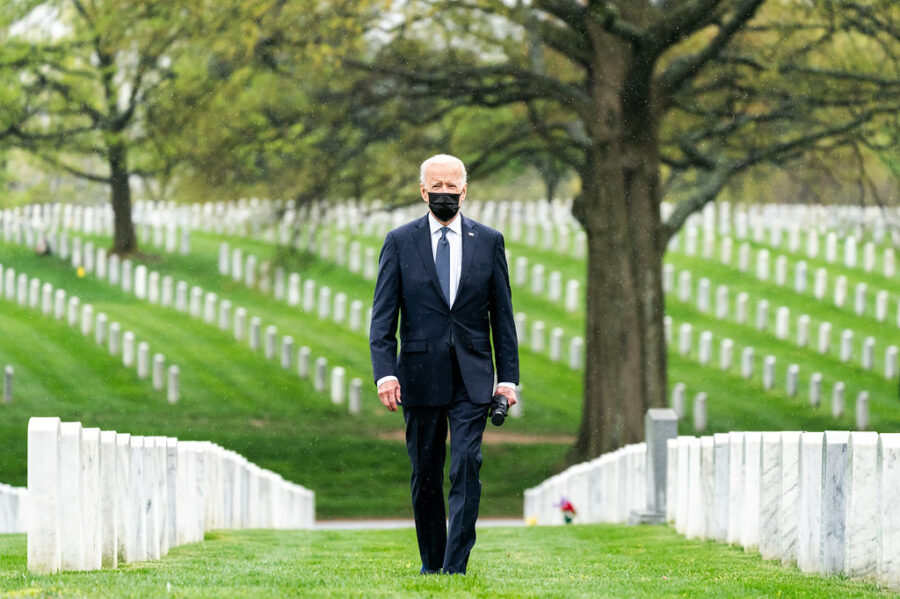 Joe Biden meets with some of his voters. (Okay, that's a joke.)

While the audit of ballots and voting machines in Maricopa County, Arizona, continues, Democrats who insist there’s nothing to see here are moving Heaven and Earth to try to keep anyone from looking.

Biden’s Department of Justice is even horning in. Friendly advice: that doesn’t boost skeptics’ confidence in the vote.

But Randy DeSoto at the Western Journal makes an excellent point: if Democrats are so certain that Biden’s win was legitimate, they should look at the disputed Bush-Gore race of 2000 and welcome an audit or recount like the one in Arizona.

As DeSoto reminds us, after the Supreme Court ruled that the counting standards imposed by the Florida Supreme Court were unconstitutional, media outlets (probably hoping to prove that Bush really lost) paid for an unofficial recount using those standards. It found that if the count had been allowed to continue, Bush would have increased his margin of victory from 537 votes to 1,665. It confirmed the reported results.

Except for a few diehard sore losers who are still sporting “Selected Not Elected” bumper stickers on their 1999 Volvos, everyone else put aside their resentments and moved on.

Think of all the problems that could have been avoided if Biden had just called for a transparent, bipartisan review of the vote to allay all these suspicions so people wouldn’t believe the “Bie Lie” that there was anything at all hinky about the 2020 election. If only someone had suggested that right after the election! Oh, right: I did…

A Warning For Republicans

Meanwhile, blogger Don Surber warns Republicans that the 2022 election is by no means “in the bag,” and that Democrats have learned from previous losses. They will stop at nothing to keep their majority and increase it in the Senate so they can do away with the filibuster and really shove a far-left agenda down our throats that’s being impeded now by only one man, Sen. Joe Manchin.

Surber doesn’t want Republicans to despair, but he reminds us that taking back America is not going to be easy. The Trump economy will come back before Biden’s policies crush it, and the media will falsely credit Biden for it. Meanwhile, the Democrats will use every dirty trick and every advantage of a politicized Deep State, plus lawsuits to challenge redistricting and election integrity laws and more. So we all had better be prepared and start working now to defeat them. And don’t be afraid to use their own tactics against them.