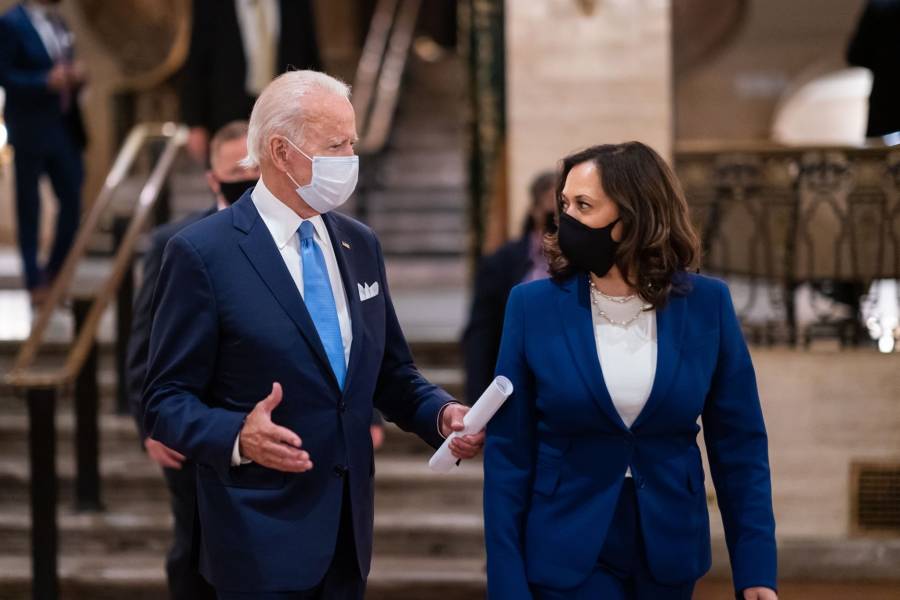 A Trump supporter was executed on the streets of Portland Saturday night. And on Sunday, Joe Biden blamed …

Since Memorial Day weekend, Antifa and BLM have been rioting in our cities, destroying people’s hard-built businesses, stealing, looting, beating up innocent people, threatening lives. Until the middle of last week, Joe Biden, Kamala Harris, the Democratic Party and their media partners refused to say a word about it. “Peaceful protests” was the term uttered over and over and over again. Don Lemon and Chris Cuomo laughed about it. Seattle’s mayor spoke of a “summer of love.” Portland’s mayor, with a snark that would have gotten me spanked as a kid, rejected all of Trump’s help to quell the destruction in his city.

Even last week, a CNN chyron read a “A fiery but mostly peaceful protest” as Kenosha burned to the ground.

No one during four days of the Democratic National Convention said a word bout the violence. Not a word. What can anyone think but that they all approved of it?

Then they saw the polling. Then they heard from the focus groups. Joe Biden and the Democratic party were in a free fall. The party of Antifa was losing America. The America that saw Antifa for what it is turned to Trump.

All American saw Saturday’s Portland execution. It’s an outrage. “We’ve got a couple of them right here!” you hear someone shout. Seconds later shots. A man is dying in the street. And later, as word spreads that a Trump supporter has been murdered, Antifa cheers.

After finding out that it was a "blue lives matter" supporter who was killed, antifa in Portland are very happy. They're dancing and chanting now. #PortlandRiots pic.twitter.com/PeqyVUXfNE

Portland. Which has seen constant rioting for months. Portland. Where the mayor and governor refused President Trump’s pleas to let the feds in to help stop the violence. That Portland finally experienced the murder that was inevitable when violent people are allowed to do what they want.

Suddenly, just as fast as Biden drops trunks in front of female Secret Service agents, Democrats are talking about the violence. They’re talking about it alright. But not about Antifa and BLM.

It’s Not Going to Work

Newsflash: It’s not going to work. Even as the puppet media picks up the theme. It’s not going to work. Biden, Harris, Obama, the rest of the Democratic establishment and the media — they own this. They own the Antifa/BLM violence like Liz Taylor owned jewels. Like Jeffrey Epstein owned his pedophilia island. Like Kamala Harris’ ancestors owned slaves.

Their silence as good souls like black Trump supporter Bernell Trammell were assassinated, and countless Trump supporters, including Alice Johnson, have been subjected to assault, paid its dividend Saturday night.

Murder, once again. It’s what happens when important people encourage violence and hatred.

Read Biden’s Statement. Does he condemn Antifa or BLM? No. It’s all about Trump. For example, he blames Trump for instigating violence by not telling his supporters to avoid confrontations. Like Rand Paul and Alice Johnson exiting the White House Thursday night?

For more on the sinking Democratic campaign, see Peter Wolfgang’s The Democrats Can Feel the Election Slipping Away, and Biden Going Down.

Understand the diseased Democratic mind. What does “avoiding confrontation” mean? It means publicly expressing your support of Trump … or for that matter the police. Simply showing support for Donald Trump is “instigating violence.” A MAGA hat, Don Lemon tells us, is a trigger. A Trump supporting caravan down Ventura Blvd. in L.A. is a cause for outrage. (And gunfire.) As was the case for Trump supporters, including children, shot at in South Carolina last week. Not that it made national news.

Yes, Joe, you’re right. The temperature has risen during Trump’s term. But from who? From the moment Donald Trump was elected, to this very moment, the left has been in an all-out, violent “resistance.”

Remember Madonna dreaming about bombing the White House? That was one day after Trump was inaugurated. Just last week, Biden repeated the Charlottesville slander that Trump called white nationalists and Nazi’s “very good people.” At every point in between, outrage, violence. Speakers assaulted on campuses, honest workers canceled by their companies. Maxine Waters urging Democrats to “get in their faces” wherever they may be.

Don’t talk to me about temperature, Joe. Your supporters who burned Minneapolis and Kenosha and Seattle raised the temperature enough. And we know where the heated rhetoric has come from. Need a reminder?

The most important video of 2020
pic.twitter.com/3nMNlxl5Q8

Biden is leaving his bunker Monday to repeat the attack on Trump in Pittsburgh. Before you believe a syllable out of Biden’s mouth, remember it was his campaign staffers paying to bail out rioters in Minneapolis. It was his running mate who was urging donations to get further violent offenders out, and declaring protesters “should not” let up. (Among those the Minnesota Freedom Fund or MFF bailed out was a suspect accused of firing on a SWAT team, reports Fox 9.)

Remember, Biden had eight hours in prime time to address the skyrocketing crime and violence and rioting in Democrat-controlled cities. Instead he spent 20 minutes talking about the light … as if he had not been cashing in and banking on the darkness.

But it did not work. Decent Americans saw what was happening. His chances are slipping away as fast as his memory.

By blaming Trump, by blaming the victims, and not renouncing Antifa and BLM, Joe Biden has given a green light for further violence against Trump supporters. “Sure, violence is wrong,” he is saying, now that the polls show him in hot water. “But it’s their fault.” That’s Antifa’s argument for its violence. It’s the classic argument of the abuser.

Biden’s little statements will not stop his leftist mobs. By making his “anti-violence” pitch about Trump he’s giving fuel to anti-Trump violence. Let’s pray Biden finally stands up and shows himself to be a statesman. It’s not likely, though. He won’t risk offending the Democratic party’s military wing.

And so let us pray for that divine intervention. Otherwise it’s going to be a devil of an autumn.