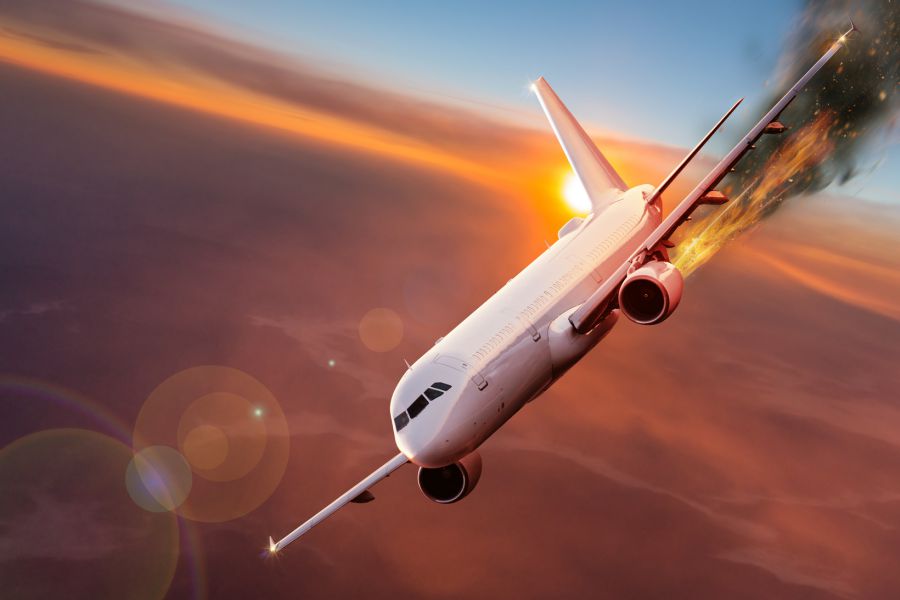 It’s slipping away from them. You can feel it. More importantly, they can feel it. The Democrats thought they had it won. Now they know they might lose.

Thus the panic. “Mostly peaceful protests,” encouraged by the Democrats all summer long, are now somehow Trump’s fault. And Biden should skip the debates.

The post-convention bounce, for example. Or in this case, the non-bounce. We are now a week out from the DNC and I haven’t seen a word in the press about a jump in Biden’s popularity.

If the DNC gave the Dems a bounce, you would have heard about it. But it didn’t, so you haven’t. In fact, it’s even better than “Dems get no bounce from DNC.” Trump got a bounce from the DNC.

And then the RNC got better ratings than the DNC. It got 147.9 million total viewers compared with the DNC’s 122 million. Something else the mainstream press didn’t tell us.

If this were reversed, it would be on the front page of every newspaper. Books would be written by RINOs for years on end on how it proves that the GOP has to go left. But because the real story hurts the Dems, it was never reported and will be quickly forgotten.

That’s how you have to read the press now. You have to look for the dog that’s not barking. The stories they’re not reporting.

Worse, the local press around the nation relies heavily on the AP. And the AP is nuts. For example, an AP story that opened with the ominous line “Crises brewing beyond the White House gates” that appeared on the front page of our local paper. It claims the GOP had “no words offered for Black victims of police violence.” That’s a lie. Weirdly, a later version of that same story mentioned things said on the fourth night of the RNC to that effect, but they still kept that line in the article.

The AP was excited at the possibility that TV viewers might hear protesters’ shouts (we didn’t). That “could intrude on another illusion Republicans have spent a week trying to create.” What an outrageous thing to say in a supposedly objective news report. The DNC spent a week trying to create the illusion that they’re the party of God and Country. But the AP didn’t call them on it.

Pelosi is not wrong about her man skipping the debate. The turnaround that began at Mount Rushmore, and picked up steam with this week’s convention, will reach a crescendo in the likely event that Trump crushes Biden in those debates. That’s the (unstated) reason why Pelosi and the New York Times are against Biden doing it.

No one remembers this now, but the Sarah Palin pick in early September of ’08 was electrifying. Her convention speech was fantastic. For the first time all year, McCain pulled ahead of Obama in the polls. It looked like he might actually pull it off.

The conventional wisdom is that she cost McCain the 2008 election. It’s true that she was not a net asset by year’s end. But McCain lost that election all on his own. And the turn began when he tried to skip the first debate.

When the market crashed, McCain freaked out. He said he wouldn’t attend the first debate because he was needed in Washington. I heard the news on the radio that morning. Right then, in September when McCain still had his polling bounce, I told my wife we had just lost the election.

Later that night I watched Dick Morris tell Bill O’Reilly that McCain had made a brilliant move. That was the moment I knew Morris had no idea what he was talking about. I never listened to another word he said again.

What happened instead was that the Obama campaign began to describe McCain’s behavior, correctly, as “erratic.” They used that word repeatedly for the rest of the campaign. It was a fair description of McCain’s post-market crash behavior.

Many people — and not just in Washington — had always been worried that McCain might lose it in the White House. The Obama campaign played brilliantly on that mostly-unspoken fear and McCain helped them. He reversed himself and went to the first debate. But the damage had been done.

As with McCain’s erratic behavior, so with Biden’s mental acuity. Many people — and not just in Washington — worry that he’s losing it mentally and he’ll only get worse in the White House. If the  Democratic nominee does not attend the debates, Trump will greatly magnify the country’s legitimate concerns about his mental health.

And if he does attend, Trump will likely crush him. Which is why Nancy, et al, wish he wouldn’t. But they don’t see the trap they’re in. Don’t debate and let Trump campaign on his mental decline. Debate and show it.