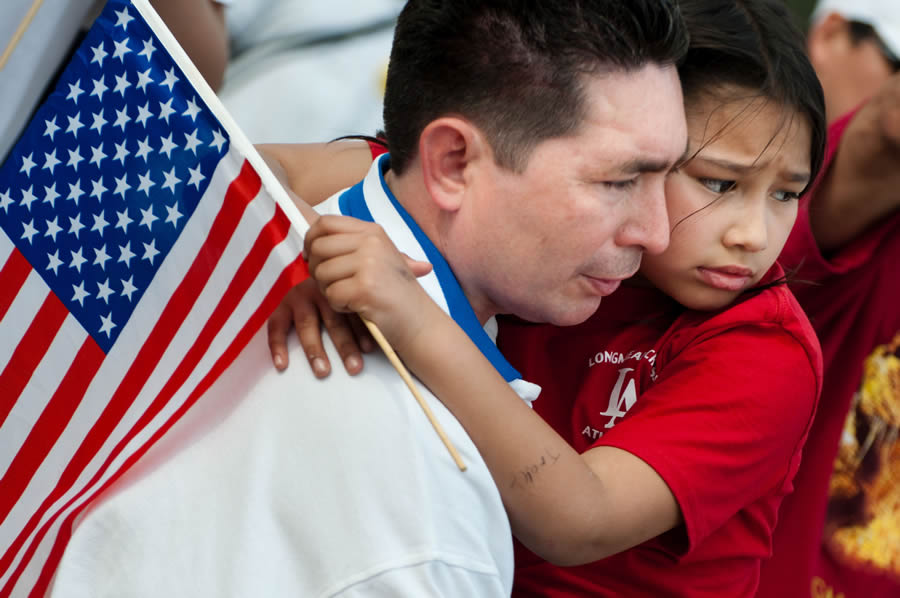 By Zygmunt Mazanowski Published on October 8, 2020 •

In the early 80s I started a landscaping company located in the Midwest. By the 90’s we had grown so much we found difficult to find enough hardworking employees. To solve this problem I went to Texas by the border with Mexico. I put an ad in the paper, and was able to recruit Latino workers who had the proper paperwork. I provided housing and transportation for these employees. The next year my company grew and we needed more employees. So we recruited near the border again.

That year, my wife and I and some of my top executives and their wives flew down for a vacation in Texas before we started hiring. One Sunday we went to a parish Mass. And we saw something strange. The church was full of women and children. No men. I wondered why. Then I figured it out. The men were missing because they’d gone away to work. For people like me.

I knew after seeing this that I needed to find a way to keep families together when they worked for my company. I started hiring husbands and wives together, and housing them with their kids. We never had a problem finding employees again.

The Long Arm of the Law

My first encounter with ICE came when they appeared at my company to arrest five of my workers. One had committed a felony. The rest were family members of his. ICE ended up arresting and deporting those people a week later. ICE also ran E-Verify on all of our employees and determined that 33% of our employees were illegal.

I was shocked, since everyone I’d hired had presented papers certifying that they were legal to work. ICE gave me a month to fire all of those illegal employees, which I did. In the end, not one of them was actually deported, though. They just went to work for my competitors. So what did ICE accomplish here?

We Need to Fix the System

I am now retired. My experience with good, hard-working people employed outside the system drove me to think. Long and hard. I believe that I’ve come up with a plan that is fair to workers, but respects American law. It would be a win-win for everyone except the Democrat politicians who prefer to keep people disenfranchised and angry.

My plan is based on common sense, and grounded in the Christian respect for the person, and the brotherhood of man. It also keeps things local, instead of bogging real people down in the gears of distant bureaucracies.

I’ll be candid about my goals. I want to respect American law and sovereignty. Within that, I hope to provide undocumented people a pathway to earn citizenship, so they don’t live in constant fear. I also hope to help them keep their religious faith, instead of losing it. And frankly to keep them out of the clutches of the godless, pro-abortion Democrat party.

I know that my plan would require some action both from Congress and the White House. I’m not a political strategist, so I can’t tell you how to pass it. But I can draw the outline of what a successful plan would look like.

If the GOP got behind such a pro-family, pro-business, pro-American plan, I think it could solidify its growing share of the Latino vote — while imposing the rule of law on our lawless, dangerous borders.

Zygmunt Mazanowski is the co-founder of Mainscape Inc., a national landscape company.