Being Faithful in a Nation That’s Lost Its Way 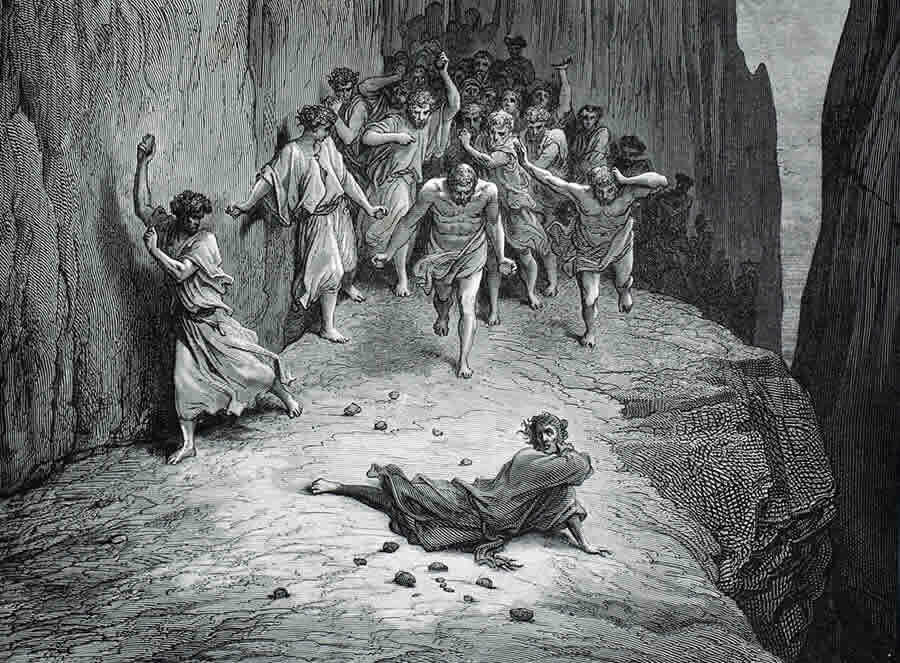 The Stoning of St. Stephen

Ever since the United States was founded, the church has enjoyed the general good will of the courts, the media and our elected officials. In the past two or three decades that good will has eroded to the point where the church is seen as an enemy of moral and political enlightenment.

Some of my fellow evangelicals, bowing to cultural pressure, are “rethinking” the matter of homosexual marriage. Others will not speak about issues such our growing dependence on the state or the coming clash between Islam and our freedoms here in America. Still others compromise the Gospel by emphasizing only the positive aspects of Christianity and not teaching “the whole counsel of God,” including the law.

What do we do? We must turn to the Scriptures to find an answer to a rather uncomfortable question: what does faithfulness look like in a nation that has lost its way, a nation that is, in my opinion, under judgment? Where do we turn when we feel so powerless against destructive cultural forces?

God has not abandoned the people His Son died to redeem. Here is an Old Testament promise we can take as ours: “Fear thou not for I am with thee; be not dismayed for I am thy God, I will strengthen thee help thee and uphold thee with the right hand of my righteousness.” Although we are traveling down an unknown path, God has promised to walk with us step by step.

This is not a time for compromise. It’s the time to make the necessary sacrifices to remain faithful.

If churches lose their tax exempt status, will we bow to the pressure and perform same sex marriages? Or will we be willing to give a higher percentage of our income to the Lord’s work so that churches will sustain their ministries?

If teachers in our schools are asked not simply to tolerate homosexuality, but told they must celebrate it in order to keep their jobs (as one teacher here in Chicago reported) at what point will a Christian teacher have to seek another vocation in order to obey God rather than men? What will homeschooling parents do if they are declared incompetent to teach their children because they have been found to have the “ intolerant personality disorder” syndrome which violates the basic rights of the LGBT community? Will we stand with converts from Islam and welcome them into our churches or will we turn them away because of the fear of violence?

Meanwhile, we all pray for a revival like that of previous centuries. But (and this deserves more attention than I can give it here), God does not owe us a revival. No revival delivered the ancient Christians from the lions in Rome, nor has a revival delivered God’s people from ISIS, nor has God preserved the churches in Nigeria from Islamic violence and destruction. In the New Testament era, God did not often deliver His people from injustice, hardship, persecution and death, but He walks with His people through these evils and brings them safely into His heavenly kingdom.

This is not a time for the faint hearted. This is a time for serious repentance; this is a time for “redemptive engagement.” We must refuse to run from the challenges before us, but engage our culture with the Gospel through friendship, through hospitality, and through active involvement in all the legal and political aspects of our world.

Certainly we must pray and fight for our freedoms, which have allowed us to preach the Gospel in this country and send missionaries all over the world. Yet, past generations of Christian martyrs have taught us it is not necessary to have freedom of religion in order to be faithful. Nor is it necessary for us to win in this world to win the next. Above all, it is necessary to be faithful. The days of nominal Christianity are coming to a close, because the cost of faithfulness is so high. Only those who are willing to sacrifice for their beliefs will pass the test.