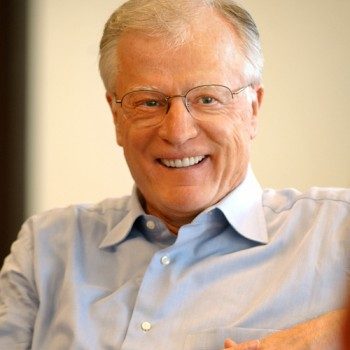 Erwin Lutzer < Back to Voices

Since 1980, Dr. Erwin W. Lutzer has served as Senior Pastor of The Moody Church in Chicago.

Dr. Lutzer earned his B.Th. from Winnipeg Bible College, a Th.M. from Dallas Theological Seminary, an M.A. in Philosophy from Loyola University, and an honorary LL.D. from the Simon Greenleaf School of Law.

A clear expositor of the Bible, he is the featured speaker on three radio programs that are heard on more than 700 outlets in the United States and around the world:

Dr. Lutzer is also an award-winning author of numerous books including: He Will Be The Preacher, The Cross in the Shadow of the Crescent, The King Is Coming, One Minute After You Die, When a Nation Forgets God, Christ Among Other gods and Christian Bookseller’s Gold Medallion Award winner, Hitler’s Cross.

He and his wife Rebecca have co-written the books: Life-Changing Bible Verses You Should Know, and Jesus, Lover of a Woman’s Soul.

His speaking engagements outside of The Moody Church include Bible conferences and seminars, both domestically and internationally including: Russia, the Republic of Belarus, Germany, Scotland, Guatemala and Japan. He also leads tours to Israel and to the cities of the Protestant Reformation in Europe.

Dr. Lutzer and Rebecca live in the Chicago area and have three grown children and eight grandchildren.

Free speech laws in Western nations have supported Christians in spreading the gospel throughout the world. Free speech is a special gift that is underappreciated by all of us. But historically, for most of 2,000 years, the church has had…

Being Faithful in a Nation That’s Lost Its Way