Christian Conservatives, Be Assured That President Hillary Clinton Will Declare War on You 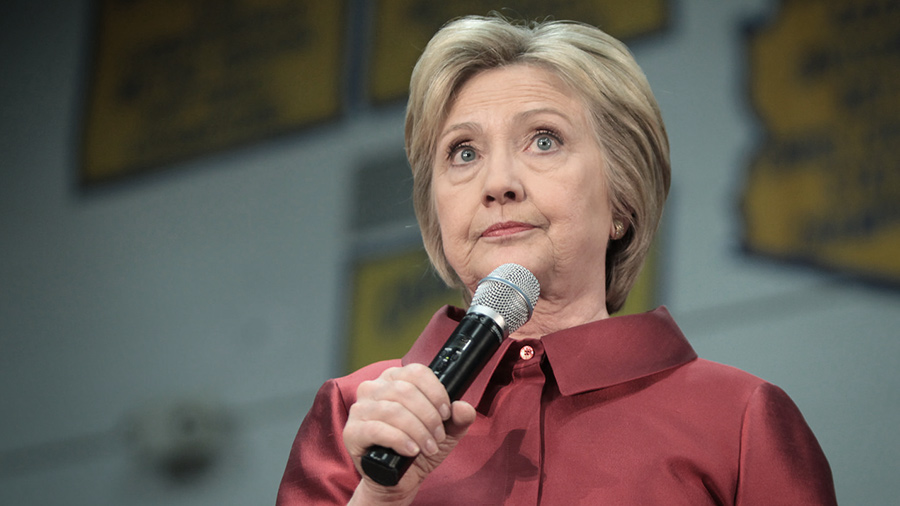 Make no mistake about it. If you are a conservative Christian and Hillary Clinton becomes our next president, she will declare war on certain aspects of your faith. Your religious liberties will be targeted, and your biblical beliefs will be branded disturbing, if not downright dangerous.

Do not be deceived.

She has made herself perfectly clear on this in the recent past, and we deny this is to our own peril.

Writing for the left-leaning Washington Post, Marc Thiessen, former chief speechwriter for George W. Bush, declared that “Hillary Clinton is a threat to religious liberty.” He began his October 13 column with these two sobering paragraphs:

In a speech not long before she launched her 2016 presidential campaign, Hillary Clinton made a stunning declaration of war on religious Americans. Speaking to the 2015 Women in the World Summit, Clinton declared that ‘deep-seated cultural codes, religious beliefs and structural biases have to be changed.’

Religious beliefs have to be changed? This is perhaps the most radical statement against religious liberty ever uttered by someone seeking the presidency. It is also deeply revealing. Clinton believes that, as president, it is her job not to respect the views of religious conservatives but to force them to change their beliefs and bend to her radical agenda favoring taxpayer-funded abortion on demand.”

Thiessen is not overstating the case, and in light of one recent court case and one pending bill, both in California  and both with potential to go to the Supreme Court, the real dangers of a Hillary Clinton presidency can hardly be exaggerated.

Last week, the Ninth Circuit Court of Appeals ruled that pro-life pregnancy centers are required to promote abortion, meaning, that if a pregnant woman comes to them not knowing what to do about her pregnancy, along with counseling her about adoption or keeping her own baby, they must also refer her to a local abortion clinic.
Yes, under the California Reproductive Freedom, Accountability, Comprehensive Care, and Transparency Act, this is the law; the Ninth Circuit upheld it.

What an absolute outrage, and what an infringement on religious liberties, since these pro-life centers, which are invariably run by conservative Christians, are being forced to violate their sacredly held beliefs.

Hillary Clinton supports legislation like this, and she would absolutely appoint Supreme Court justices who would support this as well. She has made this abundantly, unequivocally clear for many years, without wavering, and she is the most favored Planned Parenthood candidate in history.

As I wrote previously, if you vote for Hillary Clinton, you will have the blood of the unborn on your hands.

And note also the extreme hypocrisy of this ruling, since abortion clinics are not required to refer their clients to local pro-life pregnancy centers. They are not even required to show the mother an ultrasound of her baby, since that would allegedly infringe on her rights.

God forbid that you remind her that she has a baby in her womb.

In an email announcing the Ninth Court’s ruling, Matt Bowman, Alliance Defending Freedom Senior Counsel, said, “It’s bad enough if the government tells you what you can’t say, but a law that tells you what you must say — under threat of severe punishment — is even more unjust and dangerous.”

The ADF is considering appealing the ruling, which, as stated, could ultimately make it to the Supreme Court, but with Hillary as president, you know how the court will rule.

Do you want to facilitate this by helping to elect her to the highest office in the land? Do you want to be one of the people who helped empower her to be president?

This brings me to a major bill in California, SB 1146 which “would officially label private Christian colleges with Christian values, morality, and even dorm policies which conflict with the LGBT agenda as ‘discriminatory,’ and make the colleges liable to state (and federal) lawsuits as well as vicious attacks by activists. . . . The goal is to make Christian colleges surrender their belief systems and force the LGBT agenda onto every facet of education. California is the first state in the US to attempt this outrageous action. If it passes there, it will surely spread to other states.”

This is the exact kind of legislation that Hillary Clinton would promote and celebrate, fully backed by her handpicked Supreme Court justices.

This would also be harmony with her oft-quoted phrase that “gay rights are human rights,” and therefore any group or denomination or nation that opposes the goals of LGBT activism is guilty of opposing human rights. And let’s not forget the pressure Hillary Clinton put on African nations in her 2011 speech in which she made clear that nations across the continent would need to change their policies regarding homosexuality.

Not surprisingly, there was a major backlash to her speech, with John Nagenda, a senior adviser to Uganda’s president Yoweri Museveni, stating, “Homosexuality here is taboo, it’s something anathema to Africans, and I can say that this idea of Clinton’s, of Obama’s, is something that will be seen as abhorrent in every country on the continent that I can think of.”

Can you imagine the kind of pressure Hillary Clinton would put on American Christians who remain opposed to same-sex “marriage” and LGBT activism in our children’s schools? After all, if she took it upon herself to tell sovereign African nations what to do, what would she seek to impose on her own country as president? And I haven’t even mentioned the open disdain expressed towards conservative Christians in her campaign’s recently released emails.

So I’ll say it again: Do not be deceived. We already know how a Hillary Clinton administration would view people like you and me.

I do understand that many of you cannot find it in yourself to vote for Donald Trump, but whatever you do, do not vote for Hillary Clinton, and please encourage your conservative Christian friends not to vote for her either. To do so is to hand her the tape to gag your mouths and the rope to fasten your hands.