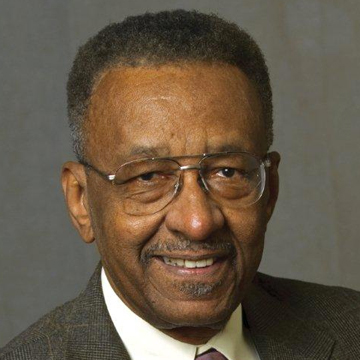 Walter Williams < Back to Voices

Born in Philadelphia, Pa., Dr. Walter E. Williams holds a B.A. in economics from California State University, Los Angeles, and M.A. and Ph.D. degrees in economics from UCLA. He also holds a Doctor of Humane Letters from Virginia Union University and Grove City College, Doctor of Laws from Washington and Jefferson College and Doctor Honoris Causa en Ciencias Sociales from Universidad Francisco Marroquin, in Guatemala, where he is also Professor Honorario.

Dr. Williams is the author of over 150 publications which have appeared in scholarly journals such as Economic Inquiry, American Economic Review, Georgia Law Review, Journal of Labor Economics, Social Science Quarterly, Cornell Journal of Law and Public Policy, and popular publications such as Newsweek, Ideas on Liberty, National Review, Reader’s Digest, Cato Journal and Policy Review. He has authored ten books: America: A Minority Viewpoint, The State Against Blacks, which was later made into the PBS documentary Good Intentions, All It Takes Is Guts, South Africa’s War Against Capitalism, which was later revised for South African publication, Do the Right Thing: The People’s Economist Speaks, More Liberty Means Less Government, Liberty vs. the Tyranny of Socialism, Up From The Projects: An Autobiography, Race and Economics: How Much Can Be Blamed On Discrimination? and American Contempt for Liberty.

He has made scores of radio and television appearances which include Nightline, Firing Line, Face the Nation, Milton Friedman’s Free To Choose, Crossfire, MacNeil/Lehrer, Wall Street Week and was a regular commentator for Nightly Business Report. He is also occasional substitute host for the “Rush Limbaugh” show. In addition, Dr. Williams writes a nationally syndicated weekly column that is carried by approximately 140 newspapers and several web sites. His most recent documentary is Suffer No Fools, shown on PBS stations Fall/Spring 2014/2015, based on Up from the Projects: An Autobiography.

Dr. Williams serves as Emeritus Trustee at Grove City College and the Reason Foundation. He serves as Director for the Chase Foundation and Americans for Prosperity. He also serves on numerous advisory boards including: Cato Institute, Landmark Legal Foundation, Institute of Economic Affairs and The Heritage Foundation.

Dr. Williams has participated in numerous debates, conferences and lectures in the United States and abroad. He has frequently given expert testimony before Congressional committees on public policy issues ranging from labor policy to taxation and spending. He is a member of the Mont Pelerin Society, and the American Economic Association.

A recent Victims of Communism Memorial Foundation survey found that 51 percent of American millennials would rather live in a socialist or communist country than in a capitalist country. Only 42 percent prefer the latter. Twenty-five percent of millennials who…

The Unintended Consequences of the Welfare State on the Human Spirit

Human Ignorance Can be Devastating

The Real Reason We Have Mass Shootings

How Big Government Made the Depression Worse, and Would Do Similar Damage Today

The Low Academic Quality of Too Many Teachers

Why Black Kids Get Trapped in Failing Schools

How Elite Liberals Have Sold Out the Black Community