It’s grossly dishonest for the education establishment and politicians to boast about unprecedented graduation rates when the high school diplomas, for the most part, do not represent academic achievement. 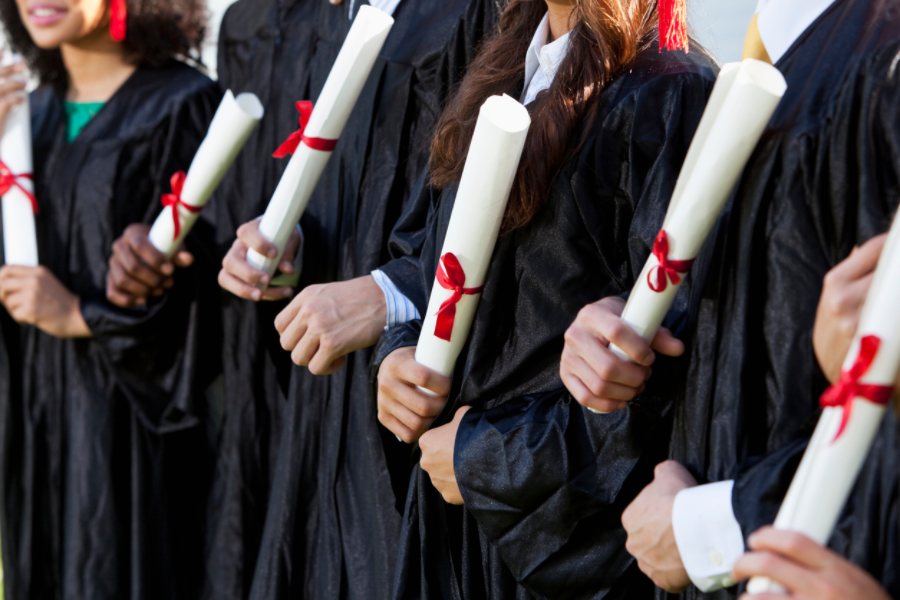 Earlier this month, the 2017 National Assessment of Educational Progress, aka the nation’s “report card,” was released. It’s not a pretty story.

The atrocious National Assessment of Educational Progress performance is only a fraction of the bad news. Nationally, our high school graduation rate is over 80 percent. That means high school diplomas, which attest that these students can read and compute at a 12th-grade level, are conferred when 63 percent are not proficient in reading and 75 percent are not proficient in math.

It’s grossly dishonest for the education establishment and politicians to boast about unprecedented graduation rates when the high school diplomas, for the most part, do not represent academic achievement. At best, they certify attendance.

Colleges also set up majors with little analytical demands so as to accommodate students with analytical deficits. Such majors often include the term “studies,” such as ethnic studies, cultural studies, gender studies, and American studies. The major for the most ill-prepared students, sadly enough, is education. When students’ SAT scores are ranked by intended major, education majors place 26th on a list of 38.

The bottom line is that colleges are admitting youngsters who have not mastered what used to be considered a ninth-grade level of proficiency in reading, writing, and arithmetic. Very often, when they graduate from college, they still can’t master even a 12th-grade level of academic proficiency.

The problem is worse in college sports.

During a recent University of North Carolina scandal, a learning specialist hired to help athletes found that during the period from 2004 to 2012, 60 percent of the 183 members of the football and basketball teams read between fourth- and eighth-grade levels. About 10 percent read below a third-grade level. Keep in mind that all of these athletes both graduated from high school and were admitted to college.

How necessary is college anyway? One estimate is that 1 in 3 college graduates have a job historically performed by those with a high school diploma. According to Richard Vedder, distinguished emeritus professor of economics at Ohio University and the director of the Center for College Affordability and Productivity, in 2012 there were 115,000 janitors, 16,000 parking lot attendants, 83,000 bartenders, and about 35,000 taxi drivers with a bachelor’s degree.

I’m not sure about what can be done about education. But the first step toward any solution is for the American people to be aware of academic fraud at every level of education.

Walter E. Williams is a columnist for The Daily Signal and a professor of economics at George Mason University. @WE_Williams