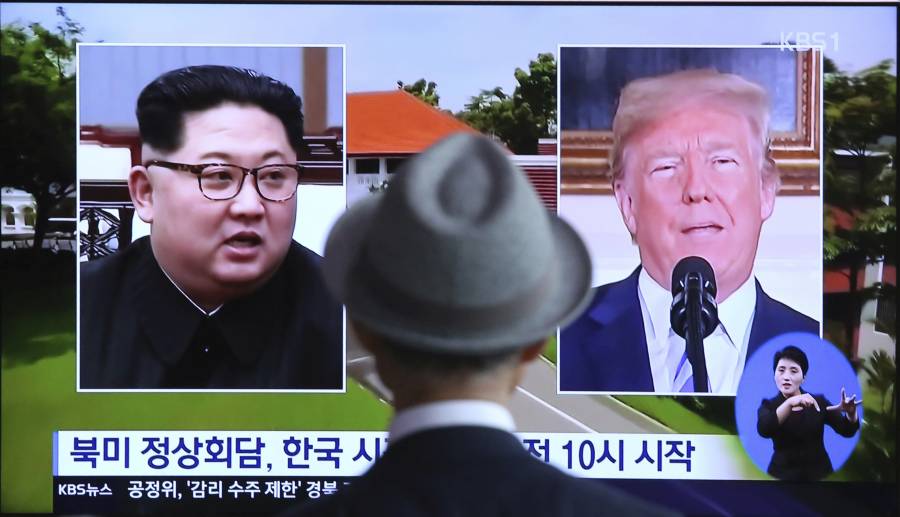 The historic summit with North Korea is set to get underway. As President Trump prepares to sit with North Korean leader Kim Jong Un, we should consider some of the main factors that will be relevant to that meeting.

A brief historical overview is in order.

First, Korea used to be a united peninsula. However, it became a Protectorate of the Japanese Empire in 1905, and was fully annexed by Japan in 1910.  From that point until the end of World War II, it was an occupied land. Several attempts were made to make Korea independent. They were brutally suppressed by the Japanese.

Second, Japan’s wartime policies were brutal, and many Koreans were made forced laborers, and conscripted into the army. The same was true in China. That introduces an element of grievance into modern problems. While Japan is a U.S. ally, there remains a good deal of bitterness between it and the countries it formerly occupied. Thus, U.S. demands that seem to accord with Japan’s only increase the perception by North Korea that the U.S. is “imperialist.”

Third, toward the end of World War II, there arose two divisions in Korea. Both were anti-Japanese, but one was more pro-Western, and the other more Communist. The Communist group was led by Kim Il Sung, who would become the future founder of North Korea. Hence, again, the “anti-Imperialist” basis of North Korea’s state ideology.

The Korean War to the Present

In 1950, the Soviet-backed North Korea invaded South Korea, and thus began the Korean War. An armistice was signed in 1953, which ended hostilities, but left both countries technically still at war with one another. That may possibly change after the Trump-Kim summit.

The North Koreans see the Korean War as their attempt to reunify all of Korea, for Koreans, against “imperialists.” They have typically seen South Korea as merely a puppet-state for U.S. imperialism, a successor of Japanese imperialism. Given the history of the peninsula, it is understandable why any Korean would be dissatisfied with any perceived attempt by foreign powers to control their affairs.

Since the war, North Korea has languished under a neo-Communist regime. Its ideology is known as Juche, a form of Communism that is extremely nationalistic, and emphasizes national self-sufficiency. South Korea, on the other hand, has advanced from being no better than many of the poorest nations of Africa in the 1950’s, to now being one of the richest and most technologically advanced nations in the world.

So what is at stake for North Korea? In short, the survival of the Kim regime. China, in particular, has a huge interest in the survival of North Korea — regardless of its form of government, so long as it remains tied to and dependent on China. If North Korea fell, China has few options. It would likely precipitate a humanitarian disaster right on China’s border, requiring China to go in and take over.

It’s also possible that the fall of North Korea would precipitate the re-unification of the Korean Peninsula.  This would, of course, be under the government of South Korea, a U.S. ally. China would thus have a staunch U.S. ally right on its border, which it does not welcome, particularly given its ambitions in the South China Sea, and other places in Asia.

As I have written about elsewhere, North Korea has some valid (by which I mean rational) concerns.  North Korea, above all else, does not want to be invaded by the United States, or in any other way toppled. But even if the United States promises not to do so, North Korea is suspicious. Why?  Because of what happened in Libya. Moammar Gadhafi gave up his WMD program when he saw the Bush administration invade Iraq over its supposed WMD program. By doing so, it hoped to secure itself against U.S. aggression. That ended in 2011 when the Obama administration spearheaded an alliance that took out Gadhafii.

North Korea also has concerns about becoming another Iran. When the Obama administration concluded its nuclear agreement with Iran, it was entirely executive, meaning only the President had signed on. Thus, according to our Constitution, it was never a full treaty, because the Senate had not ratified it. It was simply President Obama giving his word, and hoping the next President (which he thought would be Hillary Clinton) would do the same. That’s not how it turned out, and now Trump has backed out of the deal.

North Korea is very concerned about this. Thus, Secretary Pompeo recently affirmed the goal to achieve an agreement that could obtain the Senate’s ratification. This would give North Korea greater confidence that it would be kept over the long term, not subject to the whim of any President.

Our Interests and Concern

So what are U.S. interests? Pretty simple: peace and stability, because both are better for trade and economic growth. We have very good reasons to doubt the North Korean commitment to either. They have entered into numerous agreements, only to break them. They’ve trotted out high-sounding language before, and then reneged.

That is why the essence of U.S. demands amounts to verifiable denuclearization. Unless we can verify that the North Koreans are in fact totally dismantling their program, we have no reason to treat with them on anything.

But North Korea is also famously closed-off. It’s called the “Hermit Kingdom” for a reason.  It will no doubt expect concessions in return — likely some sort of diminishing of the U.S. military presence in South Korea. This is where things get a bit dangerous for us, as North Korea still has a conventional weapons arsenal that could obliterate most of Seoul within hours.

But as President Trump has made quite clear, perhaps the U.S. has another “Trump” card it can play — economic assistance. As I’ve previously written, I believe Kim Jong Un is different from the past Kims. He’s still the leader of the world’s most repressive regime. At the same time, he grew up with access to the internet, to the world, and in the age of the smartphone.

I believe he wants to be North Korea’s Deng Xiaoping — the Chinese leader who opened Communist China to capitalism, and thereby allowed the Chinese regime to both survive, and prosper. That’s what Kim Jong Un wants for North Korea, in some way or another.

But he knows it will never happen if North Korea remains under crippling sanctions, attracts no international investment, and has to fund an extremely expensive nuclear program.

So here we are — on the verge of a potentially totally changed situation. The situation is fraught with peril and promise. I am still very cautious on all of this.  But over the last few weeks, my confidence that Kim Jong Un is a different kind of North Korean leader, and that President Trump’s “unique” leadership style has been effective, have increased my optimism that Singapore could be the beginning of something exciting and beneficial for the peoples of the world.

Note: Stream founder James Robison has issued a call to prayer over this historic, potentially world-changing Summit. Will you please join The Stream and our parent organization LIFE Outreach in heeding that call?

A Call to Prayer