Atheists in Praise of Christianity?

If the West had not become Christian, historian Tom Holland writes, “no one would have gotten woke.” 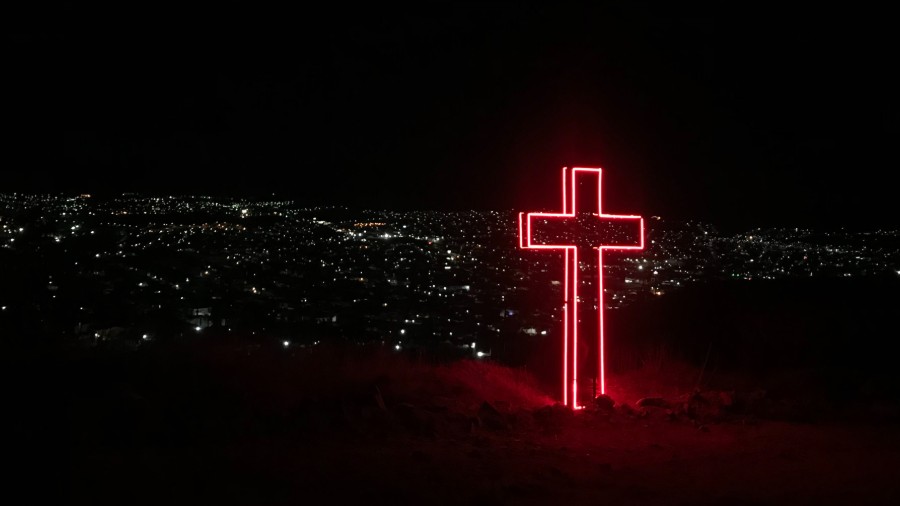 Historian Tom Holland is known primarily as a storyteller of the ancient world. Thus, his newest book Dominion: How the Christian Revolution Remade the World, came as something of a surprise for several reasons. First, Tom Holland is not a Christian. Second, Holland’s book is one of the most ambitious historical defenses of Christianity in a very long time.

While studying the ancient world, Holland writes, he realized something. Simply, the ancients were cruel, and their values utterly foreign to him. The Spartans routinely murdered “imperfect” children. The bodies of slaves were treated like outlets for the physical pleasure of those with power. Infanticide was common. The poor and the weak had no rights.

From There to Here …

How did we get from there to here? It was Christianity, Holland writes. Christianity revolutionized sex and marriage, demanding that men control themselves and prohibiting all forms of rape. Christianity confined sexuality within monogamy. (It is ironic, Holland notes, that these are now the very standards for which Christianity is derided.) Christianity elevated women. In short, Christianity utterly transformed the world.

In fact, Holland points out that without Christianity, the Western world would not exist. Even the claims of the social justice warriors who despise the faith of their ancestors rest on a foundation of Judeo-Christian values. Those who make arguments based on love, tolerance, and compassion are borrowing fundamentally Christian arguments. If the West had not become Christian, Holland writes, “no one would have gotten woke.”

Holland’s book-length defense of the belief system the elites love to despise has unsurprisingly attracted some criticism. He faced off with militant atheist and prominent philosopher A.C. Grayling on the question “Did Christianity give us our human values?” Grayling struggled to rebut Holland, sounding more petty than philosophical. Holland, on the other hand, became positively passionate in his defense of Christianity. If Western civilization is the fishbowl, he stated, then the water is Christianity.

In fact, the very critiques of those who condemn Christianity for various perceived injustices are rooted in Christian precepts.

A Trend Identified — Defense of Christianity

Douglas Murray, the conservative author and columnist, is also an atheist. In recent years, however, he has started to warn that the decline of Christianity is a dangerous thing. Society now faces three options. First, Murray says, is to reject the idea that all human life is precious. “Another is to work furiously to nail down an atheist version of the sanctity of the individual.” And if that doesn’t work? “Then there is only one other place to go. Which is back to faith, whether we like it or not.”

Murray now occasionally refers to himself as a “Christian atheist.” Speaking with Esther O’Reilly on the Unbelievable podcast, Murray lauded the “revolutionary moral insights” of Christianity. He told her that while visiting the Sea of Galilee, he couldn’t shake the feeling that “something happened here.” And he admitted that as atheists consider morality, “the more we may have to accept that … the sanctity of human life is a Judeo-Christian notion which might very easily not survive [the disappearance of] Judeo-Christian civilization.”

Speaking on The Darren Grimes Show last month, he was even blunter. “There seems to be little point to me in a life spent talking about Labour Party politics rather than God.”

The phenomenon of atheists praising Christianity appears to be growing. Gone are the days when Christopher Hitchens (a good friend of Murray’s) and his fellow secularists raged against the “poison” of religion. Even Richard Dawkins has now admitted that Christianity might be preferable to the alternatives. He once called for Christianity to be destroyed. Now he begrudgingly says it has good effects on society.

There is also Jordan Peterson. The famous psychologist refuses to say whether he believes in God. Or at least, he refuses to say what he means by God, or Christ or faith. Peterson is attempting to synthesize Scripture with Jung and Darwin, and the result is predictably tortured. But Peterson knows that without Christianity, unspeakable cruelty is inevitable. He speaks like a secular Calvinist. He believes in human depravity, but has not yet worked out redemption.

Charles Murray, the American social scientist and sociologist, is an agnostic. Yet, he told me in an interview that he believes the American republic will not survive without a resurgence of Christianity. “You cannot have a free society with a constitution” like the American one “unless you are trying to govern a religious people,” he observed.

The late Sir Roger Scruton, too, headed back to church. He struggled with many of Christianity’s truth claims. But still, he came to believe that Christianity was necessary. While nursing doubts, he played the organ in his local Anglican church during Sunday services. Perhaps practice, he once said, would help him along. He wasn’t sure he could believe it all. But he wanted to.

These men are King Agrippa Christians. As King Agrippa told the Apostle Paul: “Almost thou persuadest me to be a Christian.” They almost believe it. They believe Christianity is good. Some believe it is necessary. As Murray put it, he “believes in belief.” But they cannot (yet) bring themselves to believe that it is literally true — that Jesus Christ actually rose from the dead.

Listen to the Warnings of the Atheists — Christianity is Necessary

These strange struggles also deliver a warning to the West. Without Christianity, we are heading into a thick and impenetrable darkness. Christianity gave us human rights. It gave us protection for the weak. Compassion rooted in commands to love. Forgiveness for enemies. It revolutionized the world. We are now in the process of undoing that revolution. In fact, we are replacing it with the Sexual Revolution.

We should look at what we are destroying before we carry on. We should ask why fences were built before tearing them down. We should listen to the atheists nervously telling us that Christianity is necessary. And we should fight to ensure that our post-Christian culture is again a pre-Christian one.