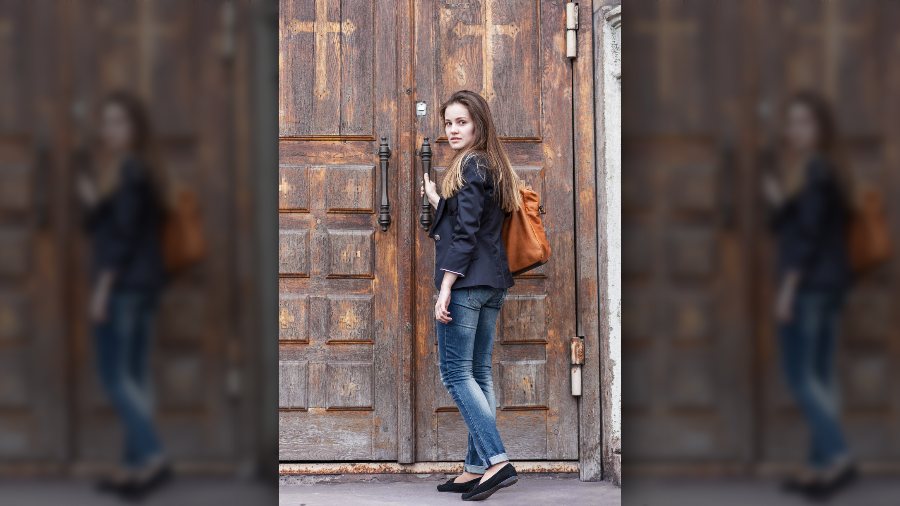 A year ago, just after we entered the Lenten season, most churches shut their doors — not because their pastors or elders had decided to do so, but because government officials had deemed the free exercise of religious liberty a threat to public health. And so, the Body of Christ, striving to be both good citizens and obedient to Christ’s call, live-streamed Lent, Palm Sunday and Easter services like some Netflix miniseries. What we were ordered to do was wrong, and what we learned is that online services are no substitute for gathering together.

About six months into the shutdowns, Barna research found that 32 percent of “practicing Christians” were not even streaming services online and had “dropped out of church for the time being.” Equally troubling, five percent of all U.S. adults say they will attend services less often once the pandemic passes. That may not sound like a lot, but that five percent represents 11 million adults —and millions more children — who will not be hearing the Good News or connecting with the Body of Christ.

What an awful consequence of the COVID-19 lockdowns. In the Law, Moses instructs us to honor the Sabbath. In the Gospels, Jesus reveals, “Where two or three gather in my name, there am I with them.” In the epistles, we are called to “worship God…with reverence and awe.” But in an America stricken by fear, a third of self-described Christians — and another 11 million seekers — have found something better or easier to do with their Sundays.

To be sure, worship is something that can be done alone. Some of the most beautiful worship offerings to God come from hospital beds and prison cells. Yet we know that worship is magnified when shared with fellow believers. There’s something transcendent about gathering with others who share our faith and fears, beliefs and burdens. What was true in the beginning remains true today: “It is not good for man to be alone.”

Being together — uniting with other parts of the Body of Christ — is central to the abundant life. The Book of Acts uses the word “together” 15 times in relation to believers and worship. We are made to praise and pray together, to and hope and heal together, to repent and rebuild together, to serve and sacrifice together.

We need to gather together for worship not to check some holiness box like latter-day Pharisees, not to make a point to government officials, not to preen and pretend we are better than anyone else. We need to gather together because the Holy Spirit works in those moments when the Body of Christ unites as one, because there’s strength and encouragement — and courage — in numbers, because the Word tells us, “Don’t stop meeting together with other believers.”

We were prevented from doing that by the lockdowns — which perversely and ahistorically quarantined the healthy.

Some look back at what our federal, state and local governments did and say it was all for the greater good. Others look upon the wreckage — the millions who have fallen away from faith, the hundreds of thousands who succumbed to addiction, the uncounted thousands who lost all hope and gave up on life, the generation that lost a year of education, the dying who faced the last hours of this life alone, the churches that will never reopen their doors — and mourn not just for what has been visited upon so many innocents, but also for the violence done to religious liberty.

It’s telling that the first words of the First Amendment focus on religious liberty. The notion that government has no place telling a person whether, how, where, when or what to worship is a foundation stone of our free society. We don’t have to worship on the same days or in the same ways — or at all — to recognize this.

For government to prohibit people of faith from holding or attending religious services is something that should never happen in America.

A story from America’s formative years adds some texture here. When the Baptist Association of Danbury wrote President Jefferson concerned that “what religious privileges we enjoy…we enjoy as favors granted and not as inalienable rights,” he responded: “I contemplate with sovereign reverence that act of the whole American people which declared that their legislature should ‘make no law respecting an establishment of religion, or prohibiting the free exercise thereof,’ thus building a wall of separation between Church and state.”

Of the many things we can glean from this, the most important is Jefferson’s assertion that Americans should be free to practice their faith and that the First Amendment is designed to shield the sphere of conscience and faith from government. Simply put, the First Amendment exists to prevent government from preventing religious activity. Yet somehow, at the height of this pandemic panic, 15 governors barred Americans from gathering inside a place of worship; 21 governors severely limited religious activity.

In response, many houses of worship shifted to online services. For churches to do this by choice is understandable amidst the uncertainties of a new virus. Likewise, for individuals to choose not to attend church out of health concerns is an expression of individual responsibility — the essential analogue to individual liberty. But for government to prohibit people of faith from holding or attending religious services is something that should never happen in America.

Livestream liturgies may serve as adequate facsimiles of worship for some, but government shutdown orders create a moral dilemma for others: Orthodox Jews generally are not permitted to use computers on the Sabbath. Devout Catholics feel called to attend mass and receive communion daily. Indeed, as discussed earlier, Christians of all denominations are taught that gathering together for worship is central to faith.

The response from many government officials: “Deal with it.”

Last autumn — long after the computer models were exposed as criminally incorrect; long after we realized that COVID-19 ruthlessly targets certain at-risk groups and that our resources should be directed at protecting those groups; long after so many in positions of authority were unmasked for allowing, rationalizing and encouraging massive public gatherings to protest this or celebrate that — 20 states still maintained restrictions on religious gatherings.

Even the U.S. Supreme Court — self-styled “guardian of the Constitution” — was slow to act. The High Court sided last summer with governors in Nevada and California, after those states denied churches the right to open their facilities to the same level of public access as casinos, movie theaters, bars and restaurants. The dissents were scathing and foreshadowed what was to come.

“The Constitution guarantees the free exercise of religion,” Justice Samuel Alito intoned. “It says nothing about the freedom to play craps or blackjack.”

“Under the governor’s edict, a 10-screen multiplex may host 500 moviegoers at any time,” Justice Neil Gorsuch wrote. “A casino, too, may cater to hundreds at once. … But churches, synagogues and mosques are banned from admitting more than 50 worshipers — no matter how large the building … The world we inhabit today, with a pandemic upon us, poses unusual challenges. But there is no world in which the Constitution permits Nevada to favor Caesars Palace over Calvary Chapel.”

In upholding New York’s restrictions on religious liberty, a federal judge asked, “How can we ignore the compelling state interest in protecting the health and life of all New Yorkers?”

It’s a fair question, and Gorsuch offered the definitive answer last November, as the Court struck down New York’s unconstitutional actions: “Government is not free to disregard the First Amendment in times of crisis.” New York and other states, he wrote, “have asserted the right to privilege restaurants, marijuana dispensaries and casinos over churches, mosques and temples…We may not shelter in place when the Constitution is under attack.”

In February, Gorsuch again took aim at the double-standards and scientism that has infected decisionmakers in every sector. “We are not scientists, but neither may we abandon the field when government officials with experts in tow seek to infringe a constitutionally protected liberty.”

These recent decisions give us a sense, finally, that those of us committed to the free exercise of religion aren’t alone. Yet some states continue to constrict religious activity. California has revised its executive orders to comply with the letter of the Court’s ruling, but it continues to limit attendance for religious services. New York limits religious services to no more than 50 percent of capacity; prohibits holding or shaking hands; and limits singing “unless 12 feet of separation can be provided between individuals.” Illinois refers churches to a 2,600-word document that instructs churches to hold “remote and drive-in services,” “congregate outdoors and/or in groups of less than 10,” discontinue singing, and “discourage loud speaking.” In New Jersey, indoor religious services “must be limited to 50 percent of a room’s capacity.” Massachusetts limits places of worship to 40-percent capacity.

Don’t misunderstand the point of this recap: Those who are sick or at-risk should stay safe and let the Church do what she was made to do: serve people in need. Those who don’t want to go to church, shouldn’t go. But those who want to gather together for worship shouldn’t be hindered, discouraged, shamed or mandated from doing so by government authorities. For those who follow precedent and history, governors didn’t close churches or issue worship guidelines during the pandemics of 1968 or 1957. And for those who “follow the science,” the 1957 pandemic had a case-fatality rate of 0.67 percent; the case-fatality rate of COVID-19 is between 0.2 and 0.5 percent.

From Moses and Mordecai, to Peter and Paul, Scripture reminds us there are times when we cannot obey human authorities and follow God’s call. This is such a time.

May the Church — dormant too long — awaken. Like Lazarus and the widow’s son and Jairus’s daughter, may the Body of Christ hear the words of our savior-king: “Dear child, get up! Come forth! I say to you, arise!”

The Danger of Living a Mile Wide and an Inch Deep