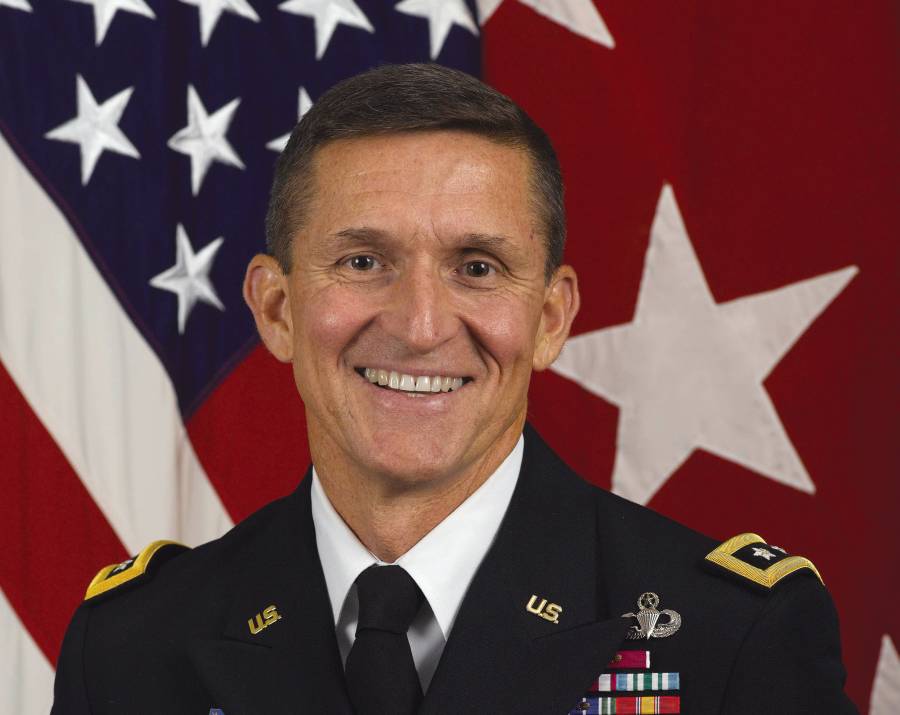 A military hero who has reason to smile again today.

Lt. General Michael Flynn never should have been brutalized. No American should ever be so brutalized.

And today we got further proof President Barack Obama and Vice President Joe Biden were key players in the framing of General Flynn.

The Order to Dismiss

In a very rare move, the appeals court granted Flynn’s request for a “Writ of Mandamus.” This is an order from a court to an inferior government official ordering the government official to properly fulfill their official duties or correct an abuse of discretion.

The court demands Sullivan “grant the government’s Rule 48 (a) motion to dismiss; and the District Court’s order appointing an amicus is hereby vacated as moot.” To put it in popular terms, “Judge Sullivan, You had ONE JOB!”

They went further. The court said “The dissent (by Sullivan) fails to justify the district court’s unprecedented intrusions on individual liberty and the Executive’s charging authority.” Sullivan denied Flynn’s rights and violated the Separation of Powers. (Perhaps someday we’ll find the real reason why.)

President Trump was quick to hail the court order.

Yet, it’s still too early to pop the bubbly. Sullivan could appeal the decision. And given how inexplicably hard he’s tried to keep Flynn from receiving justice, who’d be surprised if he did? So Flynn’s legal battle isn’t quite over.

Gen. Flynn acknowledged as much in a surprise call to Rush Limbaugh Wednesday afternoon. “It never ends,” he said. “The struggle for this country never ends.”

He thanked the American people for their support. And he thanked his lawyer Sidney Powell, calling her “America’s Guardian of Justice.”

Any further refusal by Sullivan to bring the gavel down would raise even greater suspicions the judge himself has been compromised. Especially with news breaking on yet another piece of evidence from the FBI that is “highly exculpatory.” And extremely illuminating on the origins of the anti-Flynn plot.

According to Just The News, Sullivan was informed Tuesday by the DOJ of a single page of notes “believed to have been taken by Strzok during the critical juncture of early January 2017 when FBI agents recommended shutting down their investigation of Flynn only to be overruled by FBI superiors.” That meant Strzok, former Deputy Director Andrew McCabe and fired FBI director James Comey.

However, the note itself was revealed Wednesday. It is crystal clear the direction to target Michael Flynn went higher than Comey. It went straight into the Oval Office. And President Barack Obama and Vice President Joe Biden. As The Federalist is putting it, “Explosive New FBI Notes Confirm Obama Directed Anti-Flynn Operation.”

Peter Strzok’s Notes Co… by The Federalist on Scribd

We return back to that infamous January 5, 2017 meeting in the White House where Obama and his top officials discussed what to do about Trump and the Russia investigation.

1. James Comey said that Flynn’s call with Russian ambassador Sergie Kislyak (SP) “appears legit.” Remember, the lower level agents had already cleared Flynn of any Russian collusion and wanted to close the case on him.

So with the agents saying Flynn was clean and FBI director Comey agreeing all was well with the call, that should have been it. But no, VP Joe Biden had just offered an idea:

2. VP Biden raises the possibility of using the Logan Act against Flynn. The Logan Act dates from the 18th century. It prohibits non governmental officials from conducting U.S. policy. Nobody in the history of our nation has ever been convicted under the Logan Act and only a couple people in the far distant past have even been charged. (BTW, Joe Biden has previously denied knowing anything about the Flynn investigation.)

The Logan Act wouldn’t even apply to Flynn because he was acting in his official role as incoming National Security Adviser. It’s his job to be on the horn with Russia’s ambassador. For that matter, the Logan Act is very likely unconstitutional. Which you’d think a former adjunct professor of constitutional law named Barack Obama would know. Yet instead of laughing off Biden’s idea President Obama pushed the effort against Flynn forward:

What things? There are no things to look at. Strzok, by this time had already spent five months investigating Trump Russia collusion and found nothing. The FBI and other intelligence agencies had also been unable to confirm anything in the Steele Dossier. They also knew the allegations were funded by Hillary Clinton’s campaign. And Flynn’s call with the Russian ambassador, Comey was about to confirm, was squeaky clean.)

“Have the right people on it.” There, we know exactly what Obama means. And who would those “right people” be? Try Peter Strzok, for starters. He not only had contempt for Trump, he’d already partnered with his lover Lisa Page and Andrew McCabe on an “insurance policy” to take out Trump. Moreover, he had proved a loyal soldier in guiding the criminal investigation against Hillary Clinton straight into a dumpster. And when a huge cache of Clinton State Department emails turned up on the laptop of convicted pervert Anthony Weiner, Strzok made sure to sit on that news for a month before antsy agents and cops in New York pressured him to act. And Comey was forced to pretend to reopen the Hillary investigation for 48 hours, the weekend before the election.

Finally — since with Obama it’s always about Obama — Strzok’s boss Bill Priestap would be “right people.” Priestap had truly “made his bones,” as the mobsters say, with the capo di capi. He had been the one to edit references to Barack Obama out of James Comey’s infamous statement recommending against prosecuting Hillary Clinton. The original statement had said Clinton exposed her unsecure server to a foreign government while corresponding from China with President Obama. In other words, Obama knew all about Hillary’s secret server and email system and had lied about it. But Priestap (with Strzok looking on) fixed that pesky problem for Obama.

Priestap would go onto made the actual decision to launch “Crossfire Hurricane,” the counter-intelligence investigation into the Trump campaign based on false and unverified information handed the FBI by Clinton-paid operators.

Ironically, Priestap’s notes would ultimately help unravel the case against Flynn. It’s Priestap who wrote before the White House interview to entrap Flynn, “What is our goal? Truth/Admission or to get him to lie, so we can prosecute him or get him fired?”

Michael Flynn has been vindicated. God willing, he’ll soon be free of his legal cloud. God willing, he will also be free to talk. Then, perhaps, we’ll know what, exactly, Obama was so scared of.