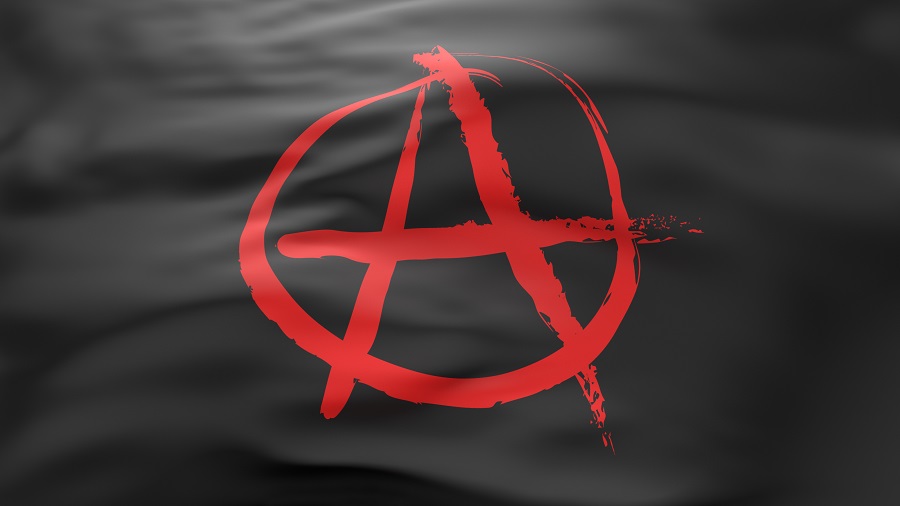 Since Antifa imposed itself on the national consciousness four years ago, observers have called it everything from a “myth” to an “idea, not an organization” to a group of violent anarchists. CNN’s Chris Cuomo and The Atlantic’s Jeffrey Goldberg even equated Antifa to the Allied soldiers who stormed Normandy’s beaches to fight the Nazis in World War II.

But on Nov. 7 in Boston, Antifa exposed its true character.

During their violent counter-demonstration at the Boston Common, Antifa members unfurled the flag of the former Soviet Union and another red banner emblazoned with the hammer and sickle, the old Soviet symbol, and profiles of Marx, Engels, Lenin, Stalin and Mao.

That act showed the world Antifa’s Communist loyalties and roots. Understanding Antifa’s identity should help you fathom its role since President Donald Trump won the 2016 election.

A History of Marxist Violence

Antifa traces its roots to Germany’s Weimar Republic and the German Communist Party (KPD), which the Soviet Union funded. Short for the German phrase, “Antifaschistische Aktion,” Antifa was the KPD’s paramilitary unit. It often engaged in bloody street fights with the Nazis’ brown-shirted SA.

The KPD made no secret of Antifa’s affiliation. A 1932 photo of party headquarters in Berlin shows the double-flagged Antifa emblem, now familiar to many Americans, prominently displayed with other Communist symbols and slogans. In a photo from the 1932 Unity Congress of Antifa in Berlin, the double-flagged banner shares space with the hammer and sickle and with two large cartoons. One supports the KPD. The other mocks the SPD, Germany’s Social Democratic Party, the main competitor for left-wing power.

“Anti-fascism is a strategy rather than an ideology” for “an anti-capitalist form of struggle,” wrote Langer, who once belonged to Antifa.

But when Antifa members appeared at the Boston Common Nov. 7, their focus had little to do with traditional Marxist ideology. They gathered to defend vaccine mandates, an issue Antifa previously ignored. Antifa organized a counter-demonstration against citizens protesting those mandates.

“Anti-vaxxers, people who don’t believe that COVID is real, people that put other people in danger, racist transphobes and people that hate other people for the way they are — that’s not OK,” college student Rifka Handelman told the Boston Herald. “We don’t want that in our city.”

Handelman’s breathtaking lack of logic not only exposes her own ignorance and bigotry. It provides a powerful example of “intersectionality,” the idea that purportedly describes how all “oppression” is interrelated. “Intersectionality” has become fashionable among the “woke,” especially Democrats.

Handleman’s comrades did more than display Communist banners. Like their counterparts from the Weimar Republic, they engaged in violent clashes that a police SWAT team had to stop. They chanted, “Nazis out!” while pummeling a van and breaking its windows.

That would be news to Black Lives Matter. In September, New York City’s chapter protested outside a restaurant that expelled three Black patrons for allegedly providing false vaccination cards. As The Stream reported in August, Mayor Bill de Blasio ordered customers to prove whether they had been vaccinated before entering restaurants, bars and gyms.

“Having a vaccination card does not protect you from discrimination,” said Chivona Newsome, the BLM chapter’s co-founder. “Seventy-two percent of Black people in this city from ages 18 to 44 are unvaccinated. So what is going to stop the Gestapo, I mean the NYPD, from rounding up Black people, from snatching them off the train, off the bus?”

Regardless of whether Newsome’s fears become reality, history could be repeating itself, given Antifa’s penchant for violence. Consider the following:

In trying to deceive Americans, Nadler, Biden and their cohorts hope to disguise the possibility that Antifa, for all intents and purposes, is the Democratic Party’s own paramilitary group.