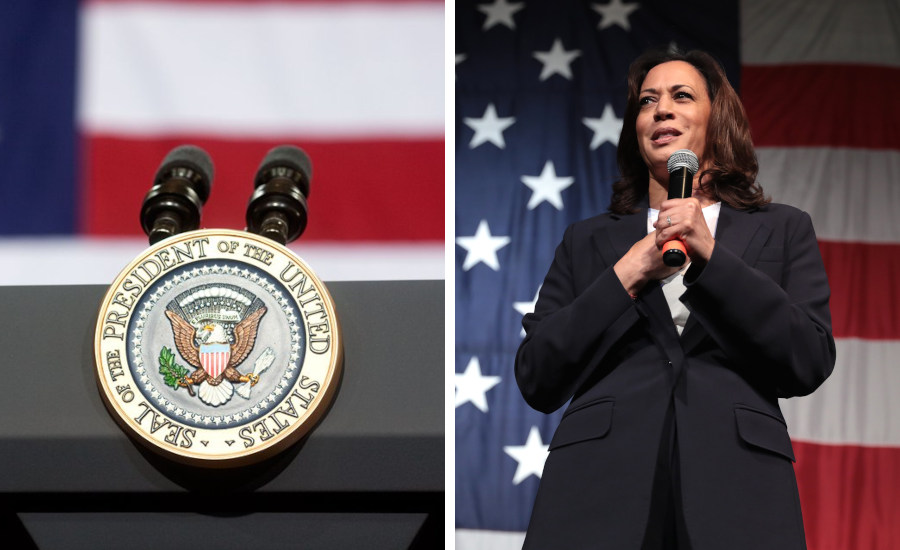 Last week, given the difficulties President Biden was having just getting through an incomprehensible town hall meeting, we took a look at what Vice President Kamala Harris brings to the Oval Office if (when) the 25th Amendment is used to “retire” him. It’s not encouraging news, as you know if you read it.

Of the many reader responses we received, a couple of them pointed to a report on her that appears in the book Profiles in Corruption, by Peter Schweizer. In fact, she’s Chapter Two.

Widely Admired as the “Female Obama”

The chapter begins with a story that shows the close connection between Harris and President Obama. She first supported him when he was running for the Senate in Illinois in 2004. Then, after he was elected, he flew to San Francisco to attend a fundraiser to help retire her campaign debt after being elected San Francisco district attorney. In 2007, when Obama announced he was running for President — so soon after winning the Senate — Kamala and several family members joined his campaign and, as Schweizer described it, worked tirelessly. When Obama won, Kamala was there in Chicago’s Grant Park for the celebration.

She didn’t win one primary. And yet here she is, virtually destined to be the next President of the United States.

As Schweizer wrote, “Harris is widely admired in progressive circles as the ‘female Obama.’ Smooth, polished and confident,” — this was obviously written before that unnerving cackling began — “she has worked hard to ‘cultivate a celebrity mystique while fiercely guarding her privacy.’”

What we wrote concerning her early life and Marxist influences is confirmed in Schweizer’s reporting.

And, yes, Harris’ political rise is tied to “one of California’s most corrupt political machines,” namely, the one connected to former San Francisco mayor Willie Brown, Jr. As Schweizer put it, “Kamala Harris’s entre into the corridors of political power largely began with a date.” At the time, he was Speaker of the State Assembly, the second most powerful political figure in California. Brown’s relationship with Harris was well-known; as Schweizer reports, “Their affair was the talk of San Francisco in 1994.” Though he was married, her own mother is quoted as defending the affair: “Why shouldn’t she…?”

Schweizer has detailed the various boards and commissions Brown put her on; these did not require approval from the legislature. These were an extremely lucrative way to pad her salary of $100,000 a year as a county employee. He also bought her a new BMW. But most important of all was the access he gave her to “his vast network of political supporters, donors and sponsors. Soon she was arm in arm with Brown in the most elite circles of San Francisco, including lavish parties and celebrity galas.” And this was before he was even elected mayor.

In fact, it was shortly after Brown became mayor that he and Kamala split up; details aren’t known. She started dating TV talk show host Montel Williams. She and Brown were still political allies, though, and he continued helping her career, through “the most powerful political machine in California,” which he ran.

Kamala went on to head the Career Criminal Unit in San Francisco, and apparently the DA who hired her, Terence Hallinan, soon regretted his decision. When he didn’t give her a promotion she had wanted, hiring someone else instead, she ended up with Brown’s political machine backing her to run against him, and, as Schweizer wrote, “the flow of money directly into her campaign was unlike anything the district attorney’s race had ever seen.” The San Francisco Weekly said, “She’s hauling in money like there’s no tomorrow.” The San Francisco elite with whom she’d connected while dating Brown forked over the big bucks. Schweizer’s chapter details the various ethical conflicts concerning this money and her use of city employees to do political work.

Harris outspent Hallinan two-to-one and came in second behind him in a three-person race. But in the run-off, she won and was sworn in as San Francisco DA. She took her oath on a copy of the Bill of Rights rather than the Bible. Given her party’s anti-constitutional proclivities, I doubt the Bill of Rights was any more honest for her to use than the Bible would have been.

Schweizer’s chapter also tells of Harris’s unimpressive history with the issue of sexual abuse of children by priests. This was a widespread scandal in California. Hallinan, as her predecessor, had uncovered documents going back 40 years, previously sealed by the Church, and had prosecuted numerous cases of child sexual abuse by priests.

It turns out that according to San Francisco election disclosures, the Catholic Church donated big-time to Kamala Harris’s campaign against Hallinan, though she had no particular ties to the Catholic Church or Catholic organizations. And once she became DA, even though she had prosecuted sex crimes earlier in her career, she oddly moved in the opposite direction of Hallinan and worked to cover up the records. Victims’ groups wanted those records made public and were outraged that she wouldn’t do it.

From 2004 to 2011, when she was San Francisco DA, and then from 2011 to 2016, when she was California attorney general, she never brought a single documented case forward of an allegedly abusive priest.

The Next President of the United States

There’s much more in Schweizer’s chapter about her performance in these jobs, and it is not pretty. He provides numerous examples of her selective enforcement of the law, to benefit friends of her “ex,” Willie Brown, and also of her husband, after she married Los Angeles attorney Doug Emhoff. We’ve also heard from readers in California who told us of her dismal performance there. Recall that when she ran for President, she bowed out even before her own state’s primary. She didn’t win one primary. And yet here she is, virtually destined to be the next President of the United States.

Throughout her career, Kamala has used her associations with powerful people to help her move forward, so it’s not surprising that her closeness to former President Obama would have led her to her current position. Before Biden was nominated in 2020, some had thought Michelle Obama might be the choice. (One of my staffers went on record with that prediction, writing at length about why she believed this would happen.) Certainly if Michelle had wanted it, she would have been the nominee and probably the next President, as the fawning media would have made sure of that.

But the Obamas managed to accomplish the same thing, in a way that would still allow Michelle to sit at the beach with friends, sipping exotic drinks with little umbrellas. They did this by putting the woman known as “the female Obama” — the far-left woman who shared their views in every way but who could never have even made it to her party’s nomination — on the ticket with “moderate” (ha) Biden, knowing that Biden would never make it through a first term.

At this point, Biden can hardly make it through a town hall meeting.

What the left has done to our country through this scheme will not be forgotten — or forgiven.