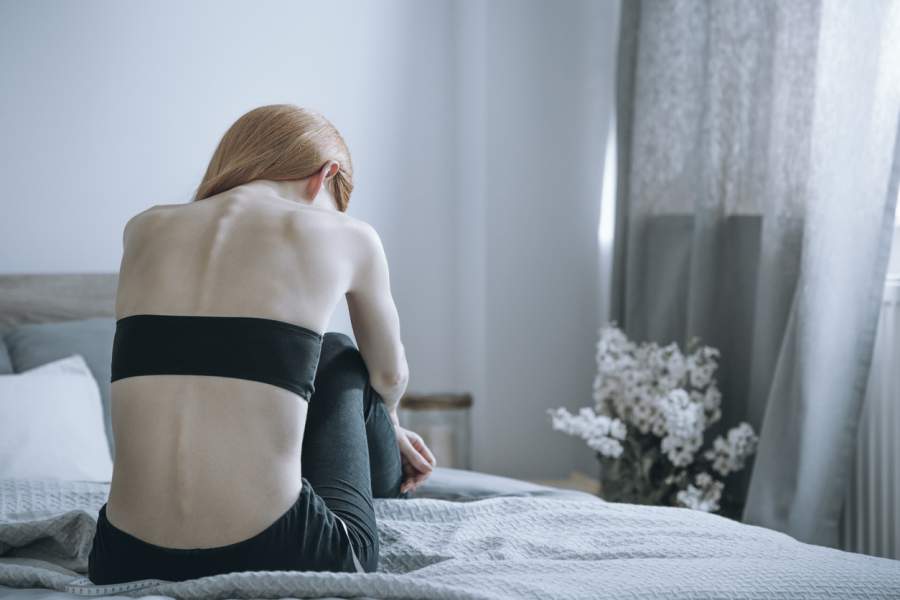 Should pro-anorexia activists be welcomed at culinary shows?

Why Do You Christian Nationalists Hate Brandy Love?

Over the weekend, Charlie Kirk and his team ejected late quadragenarian pornographic actress Brandi Love from the Turning Point USA conference in Tampa, Florida. Apart from being a prolific and unrepentant lady of the evening, Love is a sometimes writer at The Federalist, a popular conservative magazine.

She had purchased a VIP ticket and sat through a few speaking events before being shown the door ahead of the second day’s festivities. “We regret to inform you that your [conference invitation] has been revoked,” read TPUSA’s email to Love, adding that her money would be refunded. “This decision is final.”

TPUSA is not known for being a particularly serious or socially conservative outfit. But Kirk’s decision to evict Love indicates a change in the wind, one that sparked a squall of scathing criticism from influential conservatives. To his credit, Kirk has stood his ground.

Ben Domenech, the publisher of The Federalist, lamented Love’s removal and did not mince words in defense of the wicked. “She’s a Florida conservative businesswoman who loves America. The right has an opportunity to be the big tent party. Don’t be a bunch of prudes,” he tweeted.

When commentator Lauren Chen weighed in against Love, conservative entrepreneur Nick Palmisciano rebuked her. “Is it possible you’re conflating Christian morality with conservatism? They are not the same,” he said. “Because I’m not sure how limits to federal power, a free market economy, and individual freedom have anything to do with career choice.” You almost have to admire the cocksureness of that response and wonder if Palmisciano would think John Adams a theocrat for having said, “Our Constitution was made only for a moral and religious people. It is wholly inadequate to the government of any other.”

Pornography is bad, on the one hand, because it is associated with erectile dysfunction and an inability to form or maintain romantic relationships. These things are necessary for the formation of the family, which is the bedrock of any polity, and an institution to which conservatives pay plenty of lip service.

Go read the rest. It’s worth it.

Why Not a Free Market in Nukes?

I have a little bit to add to that. First, an America built only on “limits to federal power, a free market economy, and individual freedom” is not worth defending. Let BLM loot its abortion clinics, Antifa burn down its rainbow churches, and Bruce Jenner sprint over in his heels and take a whizz on the rubble. I’ll yawn.

Nobody is going to fight for Un-America, at least not for long, as nobody fought very hard for France’s decadent Third Republic in 1940. The next group that shows up with a powerful idea (even if it’s dead wrong, like Nazism or Marxism or sharia) will roll right over the mercenaries and conscripts who wave the white flags of “contractual consent” and “economic growth” as life’s highest values. Anthony Kennedy’s America doesn’t even deserve a funeral, just an unmarked hole in the ground.

I support a strong free market economy because it’s better suited than any other to the dignity of man. So wrote Wilhelm Röpke, the anti-Nazi refugee and economic genius on whom I wrote my first book. (No beagle stories or turtle recipes in that one — sorry folks.) But he knew that the market is a means and not an end. He sought the most freedom possible for citizens for the longest possible time. That means a sustainable, humane system that works in synergy with our nature, not against it.

So maybe we ought to forget about the GNP and the GDP for a while as our main metrics for how we’re doing. Instead let’s look at the birth rate. It’s a sober, unfalsified vote count of what our citizens think about life in our country. Do they think it’s worth passing along? Or must we rely on strangers coming in and replacing our culture with their own? That’s the metric that matters.

The Most Freedom Possible for the Longest Possible Time

All decent, good people back gun rights. (Seriously — that’s a litmus test of mine.) But what if someone advocated a free market in strategic nuclear weapons? We’d know he’d missed the point. A society with such a market would have more freedom than ours, where our right to buy and sell nukes is restricted. But it wouldn’t have it for long. The surviving bacteria and cockroaches that inhabited the ruins would probably vote in socialism.

The marriage rate is falling. So is the birth rate. In countries like Japan, the human species seems to have curled up and decided not to reproduce itself. We’re trending the same way, but not as quickly. If it weren’t for the Chamber of Commerce and the Democrats colluding with our lavender Catholic bishops to flood the country with high-school dropouts from Third World countries, our population would be shrinking, just like Japan’s. Meanwhile, our elites are leading a rebellion against mankind’s biological nature as a mammal with just two sexes.

Mass Suicide on the Installment Plan

Imagine instead a culinary convention, where chefs and amateur cooks appeared to showcase their latest recipes. How would they receive a pro-anorexia activist named “Ana,” who showed up in a bikini highlighting her skeletal figure, shrunken breasts, and visible ribs — looking for all the world like a newly liberated Holocaust survivor? What if she had a huge following among teenage girls who devoured her pictures (if little else)? And the rate of anorexia were climbing every year — as people eked by on rice cakes, caffeine drinks, and measuring tapes?

Would we think those chefs and kitchen supply vendors were somehow irrational for sending Ana home, since she didn’t share their mission? Would Ben Domenech accuse them of being “gluttons” (instead of “prudes”)? I don’t think he would. The livelihood of chefs depends on people being willing to eat. In fact, the health and survival of the species does, too. We’re not obliged to welcome those who oppose such basic values, even if they claim to be “running a business” or engaging in “free speech.”

Surely Ben Domenech is smart enough to see that. It sounds like a spiritual issue is a clouding his judgment. Like everyone else in our afflicted land in these darkening times, he needs our prayers.