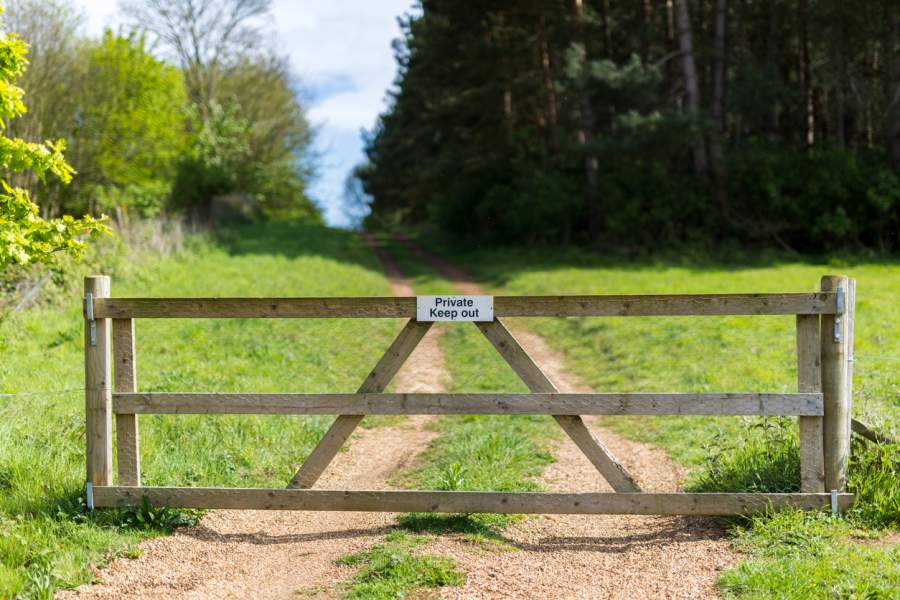 An old expression says that God made man “a little lower than the angels.” Well, when it comes to our social natures, He picked a different spot. Between our impulse for freedom and our need for one another, you might say that God situated us somewhere on the spectrum between social insects and reptiles. That is, between turtles that lay their eggs and abandon them, and termites or bees that barely lead any individual existence, but only exist for the hive. In other words, somewhere between total isolation and living only for the collective.

And the problem with modern, godless ideologies (and the churches that catch their infections) is that they get our place wrong. They don’t see man as he is, and draw up their theories based on that. Instead they start with their theories and shoehorn man’s whole nature into partial, ill-fitting boxes. The error shows up on two extremes: radical libertarianism and socialism.

To return to our metaphor, radical libertarians see each person as a unit — like a lizard that lives in the desert by itself, chasing its food. Apart from occasional meet-ups to briefly mate, each pursues his way alone, from the moment he crawls from the egg his mother dropped off on her way to work.

Libertarian writer Ayn Rand penned a whole series of best-selling novels without any families or children. Economist Murray Rothbard couldn’t find any reason why it was wrong for parents to starve their children to death — they didn’t owe them a living! Both thinkers supported abortion, of course. They weren’t writing for humans but for lizards, which don’t sin when they eat their young.

The same radical individualism in our society has led to easy divorce laws, shallow hookups, and the interests of children put last — the results of the Sexual Revolution and its backlash, feminism. The grimmest artifact of this worldview? You can find it in the vast, frozen technological limbo of America’s fertility clinics: hundreds of thousands of tiny human beings, conceived by cold scientific means to suit the “lifestyles” and “choices” of parents, then left in the deep freeze forever.

Socialism: You Are a Termite. Serve the Queen.

Socialists of every variety, on the other hand, would make of us ants or termites. Such insects don’t breed, or hunt, or seek shelter on their own. Instead each is almost an unthinking cell of the super-organism, the Hive. Marx sought to wipe out all private property, initiative, freedom or independence. Those were relics of “bourgeois” society — and religion was a mind-clouding, addictive “opiate.”

Societies built on his ideas (or those of racial collectivists such as Hitler) suppressed all artistic freedom, persecuted dissenters, and resulted in general poverty, even starvation. Children may be bred, in designated numbers, but only insofar as the government needs them. Think of the 400 million babies killed by forced abortion in Communist China. And of the concentration camps today filled with religious dissenters. Then think of North Korea, Venezuela and Cuba. This is not a system designed with the human species in mind. It’s for bees, ants and termites.

God Offered Property as a Blessing

We need a better way. To find it, we need look no further than the Bible, our best traditions, and the wise practices of Christians over the centuries. All through the Old Testament, we see God treat prosperity and wealth, wisely stewarded by the heads of godly families (see Abraham and Job), as good things. He offers abundance and plenty to those who keep His law. He urges them to be generous to the poor and gentle with debtors.

In the New Testament, Jesus reminded His listeners not to become the slave of worldly goods. He showed the sanctity that can come with voluntary poverty. Christ promised the poor who keep God’s law in this life blessings in in the next. He urged the wealthy to share willingly, and for all to serve one another. There is no political manipulation in it, no government mandate.

Early Christians Were Not Communists

Jesus did not come to abolish the Law. He never called for everyone to own all their goods in common. A few historic Christian groups did, but few lasted for long. The single exception, monasteries, consisted of a tiny proportion of people who felt a special call not offered to all. They gave up not just private property, but marriage and children, and even freedom. Each swore total obedience (short of committing sin) to the monastery’s leader. Poverty, celibacy, and obedience were never meant as a model for human life as a whole. Taken seriously, they’d solve all social problems in 70 short years, of course!

The Puritans tried to live with all work and property in common, their first year in America. And they nearly starved to death. It turned out that if everyone got equal benefit regardless of work, few worked very hard at all. They could have turned New England into a totalitarian state, where all worked under the whip. But the Puritans wisely returned to the traditions of private property, citing St. Paul’s dictum, “If any one will not work, let him not eat” (2 Thessalonians, 3:10).

Over many centuries Christians have tried to sanctify the societies in which they lived. The concept of property the Church inherited from the pagan world was deeply fallen: It included millions of slaves. What’s more, the land in the Roman empire had been given by the government, over time, to the rich and mighty. It’s in that context that some Church Fathers denounced private property as they knew it, since most of what people had was unearned, and rested on the coerced labor of slaves.

Over time, though, ownership of land got less concentrated, and new technologies and ways of farming developed. People began to see that property tended carefully by families with an eye to their children’s heritage would thrive — while fields held in common got neglected, or quickly picked clean. Christian thinkers began to study economics, and how innovation happens. Banks emerged in Italy and Flanders, financing new inventions and bold trade ventures in foreign lands. Christians in Medieval Spain began to theorize about how all this fit with God’s plan.

Samuel Gregg, For God and Profit.

In post-Reformation England, John Locke built on those foundations, and he formulated the theory of private property that prevails in the English-speaking world, which Pope Leo XIII largely adopted as his own. While God made the world in common, when people or families do work on a piece of unclaimed nature, they change it. By pouring their time and talents into reshaping the works of Creation, they make those works in a real sense their own. They gain rights over these goods by pouring their work into them. That’s what marks off a farmer from a hunter-gatherer, who merely passes from one forest to the next.

That small business you built, farm you tended, novel you wrote, or idea you developed is rightly yours. That’s part of your God-given human dignity.

Property ownership, seen this way, is not some empty social convention. It marks our respect for the work, time, talent, and dedication that each person puts into his profession. Our respect for what they have made flows from our respect for them, as images of God. We even respect their freedom to give their goods away, or leave them safely for the next generation, as they wish. If you seize someone’s property, you’re taking all the labor he put into earning it and making it into slave labor, retroactively. You’re treating him as a thing, instead of a person.

Latin American economist Hernando de Soto Polar has proven, in ground-breaking studies, that the main cause of persistent poverty in the Third World is … the lack of firmly protected property rights for the poor. Their hard work gets squandered or stolen by the powerful. So they often turn in desperation to socialist movements that make matters worse for all, by making property meaningless.

Seen in this light, we understand why stealing, like killing, made its way into the shalt-nots as part of the Ten Commandments.

This article is part of a new Stream series called Foundations. As we approach this year’s election, it appears that the most fundamental principles upon which the American republic was founded are being called into question. Foundations is a tool for pastors, teachers, leaders and all people of faith to learn why, from a Biblical view, we should continue to support the Constitution — with an emphasis on the First and Second Amendments and wise policies that promote freedom. Visit the Foundations page to see all the articles in this series.