Anarcho-Tyranny 101: When a Magic Minority Shoots at Your Family, Shut Up and Take It 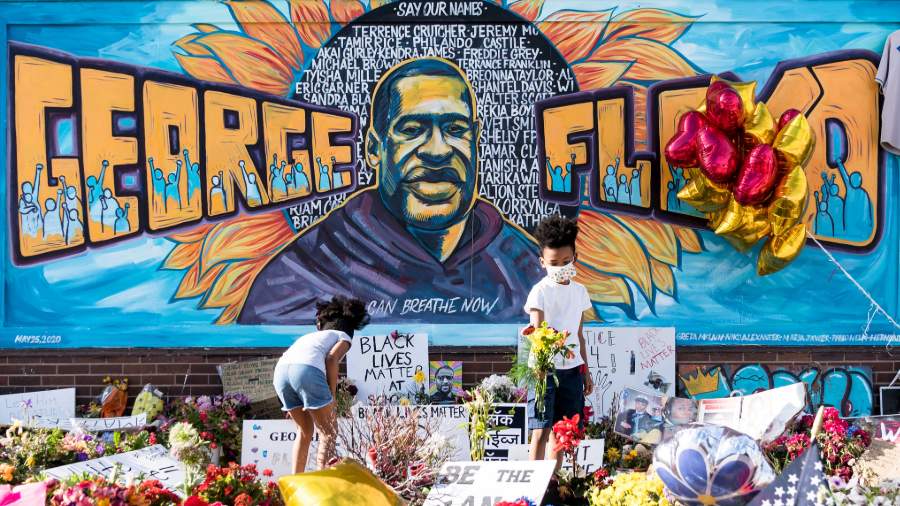 In chaotic Minneapolis, a crowd encouraged by the same Marxist, anti-police rhetoric that sparked the 2020 George Floyd riots gathered Saturday. To protest another shooting by police.

The “martyr” this time was 20-year-old Andrew ‘Tekle’ Sundberg. Police shot him after a six-hour standoff, which started when Sundberg fired shots into a neighbor’s apartment. The outraged urban protestors were primed to chant about “racism” and “systemic bias,” and browbeat or threaten dissenters. Playbook “anti-racist” protest, this sort of thing is well-scripted by now.

Oops, the Real Victim Is Here

But then something happened that threw a monkey wrench into the plan. Arabella Yarbrough showed up. She was the neighbor who’d called the cops. Sundberg’s wild shots had gone into her apartment, and could have killed her two children. She didn’t sign on to the narrative that Sundberg was another “innocent black man” recklessly murdered by rogue police.

As even MSN had to report:

Yarbrough interrupted the demonstration Saturday as the group was getting ready to start the rally. She said she felt threatened by Sundberg and feared for her and her children’s lives that night.
“He tried to kill me in front of my kids,” she said.

To their credit, Sundberg’s family spoke up for Yarbrough:

Sundberg’s parents attended the rally and sympathized with Yarbrough. ‘I wish I could wrap my arms around her and tell her I’m so sorry. I’m so sorry she had to experience that I’m so sorry for her pain,’ Cindy Sundberg said.

Don’t Confuse Us with Facts

That didn’t convince the protestors, of course. They were there to protest a racist murder by police, and weren’t going to be deterred by inconvenient facts. Check out the video (profanity):

Things boiled over during Saturday’s rally and march for Tekle Sundberg, when the 24 year old woman who says he was shooting into her apt. showed up voicing her frustration with those gathering in front of her building on Sundberg’s behalf. @kare11 * video contains profanity * pic.twitter.com/qdi1vbgO7k

(Here’s a longer form of the video, for context.)

“You’re alive, shut up!” one protestor helpfully advised Ms. Yarbrough. That says it all.

In case it doesn’t, here is how leftists are portraying the legal adult who almost killed two children and menaced police for hours:

This is Tekle Sundberg. Minneapolis Police Department killed this smart, loving & artistic 20-year-old after an hours-long standoff while he was experiencing a mental health crisis. We need ANSWERS from MPD as to why Tekle’s mental health crisis became a death sentence! pic.twitter.com/MuxrzxcHL0

A peaceful citizen whose life and family were endangered by a rogue gunman shooting wildly into people’s apartments should “shut up” and count herself lucky to be alive. She should fade away and let the leftists exploit the tragic event that almost destroyed her life.

Because it yielded a casualty who belongs to an ethnic group the left has chosen to fetishize and wield as street muscle: young, violent black men.

The Hacienda Wants You … to Stay in the Favela

I’ve written here several times about the political movement we’re facing: A dominant, wealthy Oligarchy that wants to concentrate all government and economic power in, and restrict political rights to, the top 1% of society. I call the oligarchs’ stronghold the Hacienda, after the “big house” on Spanish plantations in their colonies, where sons of the Conquistadors lorded it over everyone. In Mexico, they still do.

Everyone else in society must live out in the Favela, the lawless, chaotic slums. (See the non-elite sections of every major city in “blue” states, such as San Francisco, Los Angeles, Chicago, Baltimore … .)

The technique by which our Oligarchs agglomerate their power is also obvious: Anarcho-Tyranny.

Elites can do as they wish. No consequences follow for Jeffrey Epstein‘s customers, or Hunter Biden, or Antifa terrorists, or Stephen Colbert’s Capitol-breaching staffers. Nor for members of Magic Minorities, whom elites have chosen to turn into a fetish, and wield against their opponents in urban confrontations. Hordes of rioters who trashed entire cities walked home with new flatscreens and fists full of jewelry, while cops just watched from a distance. Anarchy for me.

Outside the Gated Communities, a Mad Max Hellscape

If “Anarchy” sounds like too strong a word, check out what happened this weekend in the streets of downtown Chicago (not in the section where wealthy Democrat donors live, of course):

But count on Chicago mayor Lori Lightfoot to enforce every jot and tittle of mandates for the Dead Baby Vaccine (which doesn’t work and causes deaths). And to prosecute business owners who insist on their Second Amendment rights.

If commoners dare to defend themselves, suddenly the Rule of Law becomes essential. Jake Gardner defending his elderly dad and his place of business from a violent felon looter who was strangling him? First degree murder charges, and persecution unto suicide.

Kyle Rittenhouse shooting back at a mob that fired on him and was hunting him through the streets? More first degree murder charges, and lifelong cancellation. (He can’t even find a college.)

The McCloskeys defending the historic home they saved from an arsonist mob? Take away their law licenses so they can’t make a living.

January 6 protestors taking selfies and chit-chatting with Capitol Police? Solitary confinement for a year before even a trial. Tyranny for thee.

The Nazi Playbook, to the Letter

I’ll remind you that Anarcho-Tyranny was the technique the Nazis used to seize power. Their brown-shirted thugs picked fights with political enemies, beat them up in the streets. Then sympathetic local police and judges prosecuted the victims for fighting back, but let the aggressors walk free. By 1933, the Nazis could plausibly threaten civil war if they weren’t given power. And so they got it.

The left studied the Nazi playbook carefully and is following it today.