An Unexpected Benefit of Growing Older 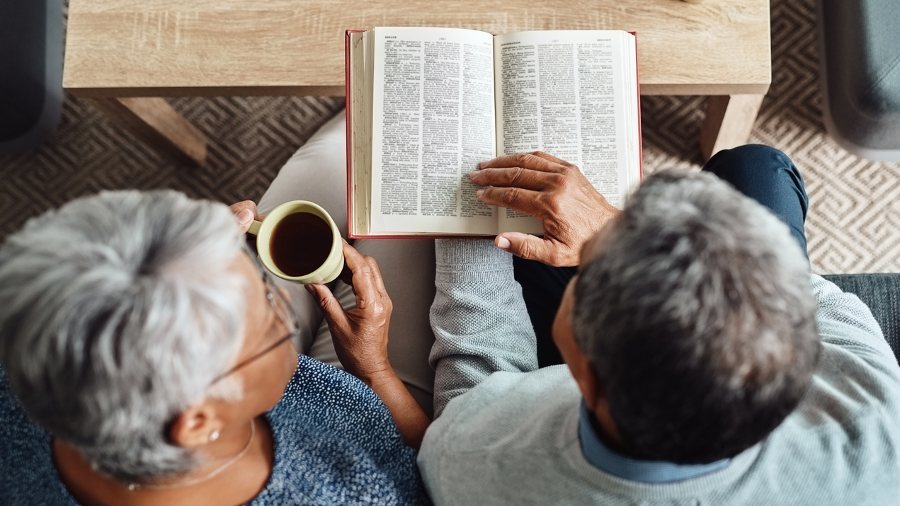 Speaking of that ancient hero named Job, the Bible records that after his time of severe suffering, he “lived a hundred and forty years; he saw his children and their children to the fourth generation.” That is one of the great blessings that comes with getting older: you get to see your children’s children, and even their children. (If you live to be 140, like Job, you could see even more!)

But it was only in the last few days that something else struck me for the first time (and I write this less than two months from my 68th birthday). Another benefit that comes with age is that you get to see more prayers answered, especially those that can take decades to come to fruition.

This past Thursday I was checking in on an old, dear friend who had just been hospitalized. We had been best friends before we came to faith, and he helped lead me to the Lord. But after a few years as a believer, he fell away, showing no interest in returning to his faith — for decades.

For much of that time, we had very little contact, but when he would come to mind I would pray for him with a great burden, sometimes to the point of tears. “Bring him back, Lord!”

He Began to Doubt His Doubts

A few years ago, during a very difficult time of his life, we got back in touch and, to my absolute delight, his heart began to open. Little by little (to quote his words directly), he began to doubt his doubts, something that was very significant for my very cerebral friend.

Soon enough, he started reading the Scriptures again (although selectively, at first), and then something happened, and the mountain of unbelief and doubt disappeared. My old friend was back! It took more than 40 years, but it happened.

Could it be that prayers you have prayed for decades are about to be answered? Could it be that some of the worst things you ever lived through have prepared you for this very hour?

You can imagine how moved I was to get his text from the hospital: “Though we have not talked at length for a while, you are in my prayers daily. There is much to tell you not a letter’s worth, but a book’s worth. Christ has moved in my life in ways that were unimaginable to me two years ago. Praise Him forever. I’ll be back in touch when I get out of here if not sooner. Were it not for your enduring prayers I would be lost. Much love to all.”

What a glorious testimony! How can you not rejoice when reading his words? And what a patient, longsuffering Savior we have. How He takes note of every prayer we pray in faith!

It’s like chopping down a giant tree. It may take many blows of the axe, but every blow counts. And when we’re dealing with someone else’s will, which God will not overrule, the answers to our prayers can take years, if not decades. But when the answer comes, it is all worth it. Totally!

The Joy of Seeing a Loved One Come to Faith

Later that same day (last Thursday), I heard from an older teenager whose father I had first met in 1993 when he was about his daughter’s age. Now, she wanted me to know that she had “officially” become a follower of Jesus.

As for her dad, because he was raised in another religion, it took more than 25 years (and many difficult battles) for him to come to faith.

Over the years, we had many conversations and I prayed for him too with a great burden and real earnestness, feeling sure that God would bring him through.

And so, it was an incredible joy to hear from him a few years back, telling me that he was now a believer, fully assured of his faith and willing to commit his life to the Lord. But to hear that his daughter had come to faith as well — who can put a price on that?

I Cannot Wait to See What the Future Holds

In the mid-1980s, I read a quote that stated, “The greater God’s purposes for your life, the longer they will take to be fulfilled.” How true!

That’s why, nearing 68 and full of health, life, vigor, energy and vision (all by God’s grace), I cannot wait to see what the future holds. My expectations are as high as ever, as they should be, based on the character of God and the promises of God.

That’s why I am more confident than ever that, no matter how ugly this world becomes, in Jesus, the best is yet to come.

Last October, our missions organization officially commissioned the eldest daughter of one of our missionary couples. Her parents graduated from our ministry school and have served in Asia for more than 20 years. Now she was being sent out to serve in another Asian country, representing the next generation, the physical child of our spiritual children. These things take time, but they are absolutely worth waiting for.

Join Me Tomorrow for the National Day of Prayer