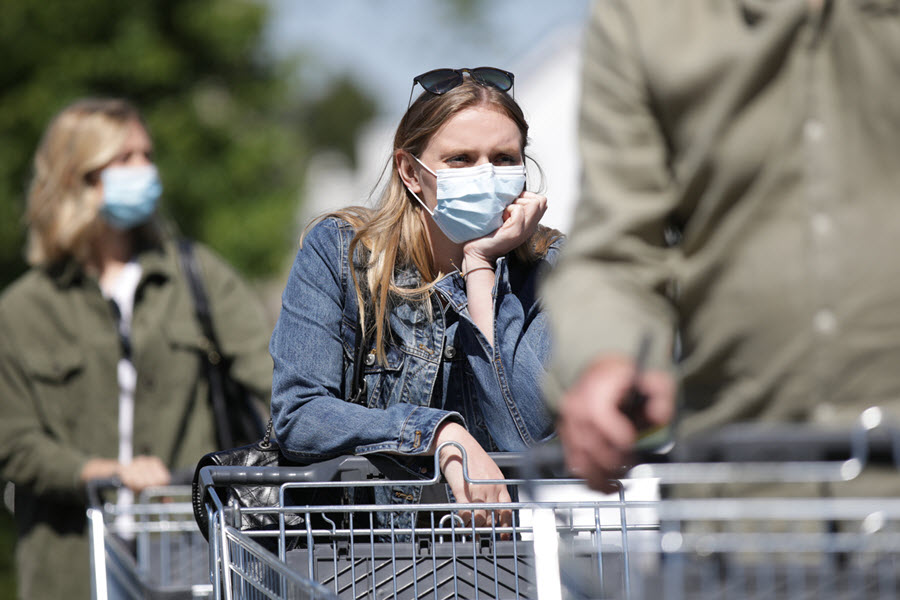 The more a people depends upon its government, the less freedom and productivity there will be, leading to hyperinflation, food scarcity, and skyrocketing costs for everyday essentials.

Just seven weeks into his presidency, Joe Biden signed a $1.9 trillion COVID-19 relief bill. Among the largest spending bills in history, it was passed without the vote of a single Republican.

The plan sent direct payments of up to $1,400 to most Americans, extended a $300 per week unemployment insurance boost until Sept. 6 and expanded the child tax credit for a year. It also put $350 billion into state, local and tribal relief.

This weekend, a bipartisan group of senators crafted a $1 trillion measure to repair and expand the nation’s roads, bridges, ports, airports and broadband. Last week, this trillion-dollar infrastructure plan got a green light from 17 Republican senators, including Sen. Mitch McConnell.

The Bipartisan Infrastructure Deal is the largest infrastructure bill in a century. It will grow the economy, create good-paying jobs, and set America on a path to win the future.

Up next is a $3.5 trillion measure to remake America, which is also to be enacted without GOP support via a process called “reconciliation,” which enables the Senate to pass measures with a simple majority.

This $3.5 trillion measure would expand social and environmental programs, extend the reach of education and health care, tax the rich and take on the challenge of the century — climate change.

Among programs funded are universal prekindergarten for all 3- and 4-year-olds, two years of free community college, clean energy mandates for utilities and lower prescription drug prices. Medicare benefits would be expanded and amnesty extended to millions of illegal migrants.

This would constitute the greatest leap forward toward socialism of any American president, with Biden’s only rivals being previous record-holders Franklin D. Roosevelt during the 1930s’ New Deal and Lyndon B. Johnson’s Great Society in the 1960s.

All that is needed for its enactment into law is a Democrat majority in Speaker Nancy Pelosi’s House, the votes of the 50 Democratic senators and the signature of Biden.

After effecting passage of his $1.9 trillion COVID-19 relief package, if Biden gets the $1 trillion infrastructure proposal and the $3.5 trillion package, he will have enlarged federal spending by $6 trillion.

This would constitute the greatest leap forward toward socialism of any American president, with Biden’s only rivals being previous record-holders Franklin D. Roosevelt during the 1930s’ New Deal and Lyndon B. Johnson’s Great Society in the 1960s.

New Records and New Realities for the U.S. Government

If Biden succeeds in getting it all, this would not only be a quantum leap toward European-style socialism. It would cross a divide for America, from which history teaches us there is no return.

“A billion here, a billion there, and pretty soon you’re talking real money,” said Sen. Everett Dirksen in the 1960s, when he was leading a badly outmanned Republican minority in the Senate after the Barry Goldwater defeat.

Today, we talk not about billions but about trillions, and that $6 trillion in spending Biden is reaching for translates into more than six thousand billion dollars.

As of today, however, neither the infrastructure bill nor the $3.5 trillion omnibus bill is a done deal, with the former looking more probable than the latter. But if both are passed, they would create new records and new realities for the U.S. government.

Passage of the $3.5 trillion omnibus bill would constitute a quantum leap in the number of Americans dependent on the federal government for the necessities of life.

It would increase America’s ratio of tax consumers to taxpayers.

It would be tantamount to an admission of belief that the real engine of economic growth in America, the truly indispensable provider upon whom an ever-expanding share of the population of the nation depend for food, rent, health care, education and cash income, is the government of the United States, not the American free market system.

Crossing Into A New Continental Divide

As for the Republican Party, the conservative party of lower taxes, balanced budgets and free market solutions to social problems, the fiscal debate will be over in a way it has never been before.

Passage of that $3.5 trillion omnibus bill would represent the triumph of Great Society liberalism over Reaganite conservatism.

In his first inaugural address, President Ronald Reagan declared that government is not the solution to our problems. Government is the problem.

In his State of the Union address in 1996, President Bill Clinton seemed to concede the triumph of Reaganism over liberalism and socialism:

The era of big government is over.

In 2021, Biden and his party are saying: Clinton was wrong to concede Reaganism its victory. When there is a big crisis in the country, FDR was right: Big government is the solution.

If the terrain looks unfamiliar, that is because we are crossing a new continental divide. We are entering Sen. Bernie Sanders and Rep. Alexandria Ocasio-Cortez country.

Patrick J. Buchanan is the author of Nixon’s White House Wars: The Battles That Made and Broke a President and Divided America Forever.