‘Amazing Grace’ and the Abolition of Slavery 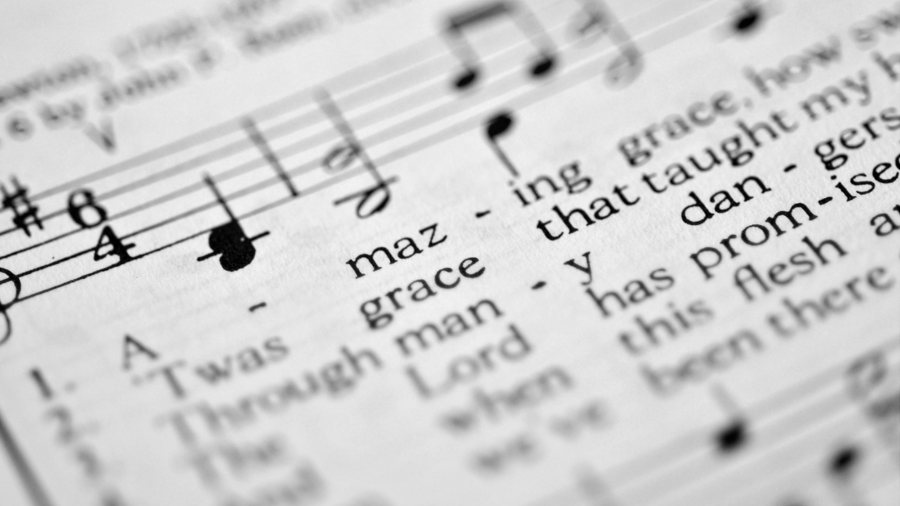 This month, January 2023, marks the 250th anniversary of the classic hymn, “Amazing Grace.”

The Museum of the Bible writes:

It was January 1, 1773. John Newton led his congregation down the road from the parish church in Olney, England, to Lord Dartmouth’s Great Hall to sing…and the hymn he wrote for this day was special. It spoke of his conversion, of his self-proclaimed wretchedness, and of the saving power of God’s grace. Since then, the words of ‘Amazing Grace’ have struck a chord with millions across cultures and generations, and its popularity has never wavered.

The museum based in D.C. now has a section dedicated to the anniversary of this amazing hymn.

In the hymn, John Newton, a former slave-trader now converted, indeed describes himself as a “wretch,” who was amazed that God would extend His grace to one such as he.

He became a minister after his conversion, and one day, a politician came to visit him for personal guidance. That man was William Wilberforce, who had recently been converted to faith in Jesus.

Everybody should know who William Wilberforce was — perhaps the greatest Christian statesman of all time.

He was a longtime Member of Parliament, who worked tirelessly (with a group of like-minded associates that became known as “The Clapham Sect”) to end the slave trade of the British Empire and then to free all the slaves therein. By the time of his death in 1833, Wilberforce was successful. But it took him about half a century.

Author Dr. Os Guinness once said, “When Wilberforce died, he was described as ‘the George Washington of humanity.’”

William Wilberforce was born in 1759 and inherited considerable wealth which placed him among the landed nobility of England. He was indeed a polished gentleman, and he first ran for Parliament and won at the age of 21.

But not until his conversion a few years later did he begin to take life seriously.

After committing his life to Christ, he briefly dallied with the idea of leaving politics to serve God. But John Newton counseled Wilberforce to stay and let God use him in politics. Newton declared, “The Lord has raised you up to the good of his church and for the good of the nation.”

I shudder to think about someone like Wilberforce seeking guidance today among some modern ministers, who might easily convince him that Christians and politics shouldn’t mix. But John Calvin Coolidge, an often-overlooked president, once said, “If good men don’t hold office, bad men will.”

Called to a Daunting Task

Soon after meeting with Rev. Newton, God put it on Wilberforce’s heart to fight against slavery. Working to uproot it was a daunting task because the slave trade brought enormous wealth to those involved.

After much prayer, Wilberforce felt that this indeed was the very voice of God speaking to him, calling him to this important mission. He was also concerned by the godless immorality of the age. In 1787, he wrote in his diary: “Almighty God has set before me two great objectives, the abolition of the slave trade and the reformation of manners.” (“Manners” would be comparable to “morals” in modern parlance.)

In an interview I once did with the late Chuck Colson, prison reformer and Wilberforce admirer, he told me:

[Wilberforce] stood up on the floor of the Parliament influenced by his new Christian conviction, took a stand that was enormously unpopular because all of the vested interest opposed him, including the government, and for 20 years he waged that battle.

Kevin Belmonte, author of William Wilberforce: A Hero for Humanity, observes, “Wilberforce had to travel with an armed bodyguard.” But Wilberforce persevered — despite whatever personal cost he must pay.

One day in 1807 in a February snowstorm, the votes were cast to abolish the slave trade. While members of Parliament were jumping up and down for joy, they looked over and there was Wilberforce, head bowed at his desk, praying, thanking God for what He had done.

But Wilberforce wasn’t finished. He then set out to emancipate the slaves, who, even after this vote, were still in chains throughout the British Empire. This was a battle to last for another 25 years.

What God Can Do With a Life Wholly Committed to Him

Jerry Newcombe, D.Min., is the executive director of the Providence Forum, an outreach of D. James Kennedy Ministries, where Jerry also serves as senior producer and an on-air contributor. He has written/co-written 33 books, including George Washington’s Sacred Fire (with Providence Forum founder Peter Lillback, Ph.D.) and What If Jesus Had Never Been Born? (with D. James Kennedy, Ph.D.).