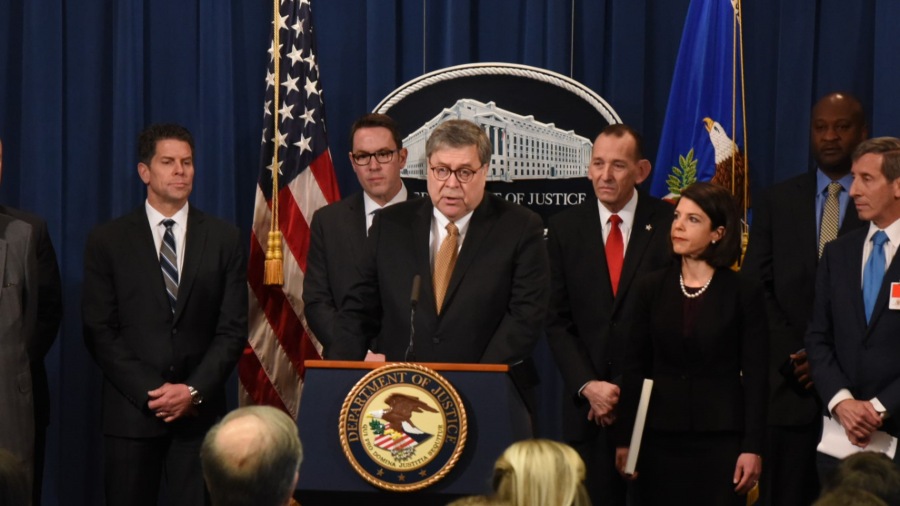 Wiretapper (to Harry Caul): “Twelve years ago, I recorded every telephone call made by the presidential nominee of a major political party. I don’t want to say which party. But everywhere he went, that’s where I was. Coast to coast, I was listening, Harry. I’m not saying I elected the President of the United States, but you can draw your own conclusions, Harry. I mean, he lost.”

And Trump was supposed to lose. But because Hillary did, we’re actually finding out what was going within the DOJ and FBI (and CIA and State Department and White House) when both were running for President. Inspector General Michael Horowitz’s report on alleged FBI surveillance abuses involving the FISA Court is now — finally, after we’ve waited all summer — in Attorney’s General William Barr’s hands. What happens next?

Certain steps have to be taken before the full report can be released to the public. Technically, the report is still in the draft stage. It’s standard procedure that everyone mentioned in such a report gets a chance to read it and contribute comments. Some of the material may be redacted, although President Trump has said he would like the whole thing declassified. He has the power to make that happen, but he has given Barr the authority to declassify and will likely defer to him. We have to hope that Barr is proceeding with transparency as his goal, and this is what people with the inside scoop are telling us.

Some Documents May Come Early

It’s not known how long the process will take, but, as reported by The Washington Examiner, Sen. Lindsay Graham, who chairs the Senate Judiciary Committee, has already asked Barr to go ahead and declassify nine specific sets of documents from the report. And these are critical.

For example, they include material so far seen only by the senators and congressmen in the “Gang Of Eight,” such as transcripts of conversations between then-Trump campaign associate George Papadopoulos and confidential informants (aka “spies”) such as Stefan Halper. This is information about Papadopoulos said to be exculpatory for both himself and the Trump campaign. He says he believed even at the time that Halper was recording their conversations and that he told Halper most emphatically that the campaign was NOT working with Russia — that, in fact, to do so would be treasonous.

This is an example of evidence that was not included in the FISA applications.  If it had been, the FISA judges likely would have said to lead investigator Peter Strzok, “Why are you here?”

Graham also asked for the declassification of all filings with the FISA Court relating to Carter Page, the target of the FBI’s request for a warrant to conduct electronic surveillance (In other words, to “spy” on the Trump campaign). Those pertaining to any other Trump associates are requested as well.

Additionally, Graham wants us all to be able to see the trove of all FBI and DOJ files related to British ex-SPY Christopher Steele — whose name is on the unverifiable “dossier” used to get warrants — and the Clinton-funded “oppo” research firm who hired him, Fusion GPS. And there’s more: He wants the release of documents relating to the defensive briefings given to both the Clinton and Trump campaigns by intelligence officials in 2016.

Wait, There’s Even More to See

I hope Graham is including 2017 as well. That year might include documents reflecting what we’ve only recently learned: that by the time Comey & Co. visited the newly-elected President in the White House, they’d already known for at least two weeks that Michael Flynn had been found innocent of any improper communication with Russians. Yet they DID NOT TELL TRUMP he was cleared.

That was the meeting memorialized in notes that Comey leaked to his “friend” to leak to The New York Times in the effort to have Trump investigated for obstruction. Obstruction in a case Comey at the time knew was bogus. This omission had to have been deliberate, and I would imagine there were some internal FBI communications before that particular White House briefing to coordinate what they would and would not say.

John Solomon, speaking on FOX News’ Hannity show, agreed that not only was there a “preponderance” of evidence showing FISA abuse to get warrants to surveil (aka “spy on”) Trump’s team, but that in fact the evidence is overwhelming and incontrovertible. According to his sources, the Justice Department is nearing the decision to go ahead and release 10 or 12 of the most important documents before the report itself comes out. This will give us an idea, perhaps weeks before we see the IG’s conclusions, of how bad it really was.

I would imagine that by this time, Horowitz is more than ready plop his draft into Barr’s lap. He and his staff deserve a long and lovely vacation. They’ve reviewed over a million records and conducted over a hundred interviews, “including several witnesses who only recently agreed to be interviewed.” I won’t be surprised if the report contains the names of people, both inside and outside government, we’ve never even heard of.

We the taxpayers funded this effort, as a necessary response to what we see as corruption at the highest levels of government and a first step towards draining the swamp. And now that it’s just about ready, we deserve to see the whole doggone thing. The same goes for the much more comprehensive Barr report when that comes out.