A bold argument by a bold comedian. Let's examine it. 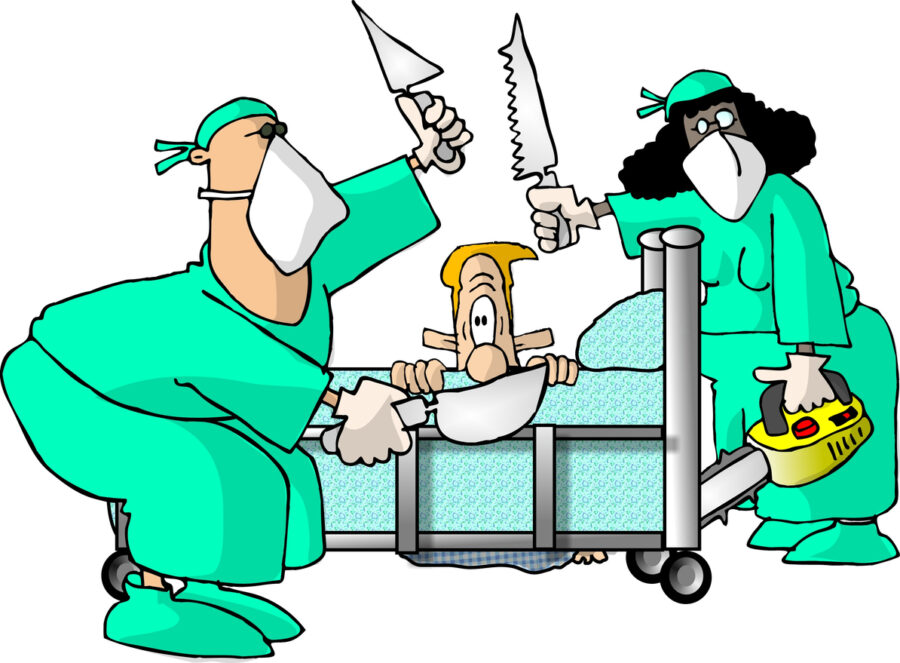 Jon Stewart is a comedian whose subject matter is contemporary politics. He’s a funny guy. He’s been making jokes for years using the ample material that government leaders provide.

In the process he has formulated and asserted his own political points of view, which to nobody’s surprise lean decidedly to the left. As you might expect from an experienced, ratings-minded performer, he fires off his opinions with a certain satirical audacity.

Stewart’s recent hot take on the ethics and politics of abortion laws is worth examining. On his podcast “The Problem with Jon Stewart,” he explained it as follows:

You may say I’m being crazy, but, if in this case, the state decides the woman who’s having a baby is not as important as a potential of that life, what they’re really saying is ‘to save a life, autonomy means nothing.’ So, let’s play that out. We have an organ shortage in this country. Organ donations save lives. Under this, how could they not go to a person and say, “Give me one of your kidneys because it’s going to save this person’s life?”

The first thing to consider is what kind of argument this is. It is worded like a logical slippery slope, similar to a reductio ad absurdum. Stewart is suggesting that the same logic used for restrictive abortion laws will also justify the government taking your organs by force. The reasoning, he wants to say, is analogous.

We could state it in the following propositions:

Is This a Good Argument?

Let’s assume that the hypothetical organ harvesting does not require the death of the unwilling donor. If it does, such as in the case of taking a person’s heart out of his chest, the analogy at the center of the argument breaks down immediately, since, with the rarest of exceptions, pregnancy and birth do not cause the deaths of mothers.

With that established, is the reasoning in fact the same? Only in the barest sense can we say that it is. Both actions — not aborting a baby and donating an organ – are certainly in the life-preserving interest of another human being. And both have to do with medical procedures of a sort. But that is where the analogy ends. The differences between the two scenarios are too deep and morally profound for the argument to work.

The argument Stewart makes is an exercise in hysteria. There is no logical slippery slope from laws restricting abortion to laws allowing forced procurement of people’s organs.

The argument Stewart makes is an exercise in hysteria. There is no logical slippery slope from laws restricting abortion to laws allowing forced procurement of people’s organs. This is why, historically, abortion (as well as exposure, abandonment and infanticide) have always been an issue of concern and controversy, whereas the taking of people’s organs against their will has been reserved for the dystopian-leaning repressive governments of the modern world — like China today.

Also, apparently lost on those who would make the organ harvesting analogy is the glaring irony that the illicit harvesting of fetal organs and tissue has plagued the abortion industry in recent years.

I realize that Jon Stewart is an entertainer and not a serious thought-leader. It may be more alarming that a law professor on the podcast nodded along. Later in the podcast, Stewart bemoaned the fact that the Supreme Court bases its decisions on an old document whose writers are dead — which is literally their job. The law professor, Lord help us, agreed.

The reality is that people in our culture today get a lot of their opinions from influential entertainers like Stewart. So no matter how broken their logic, people receive it without much analysis or critique. If we’re not vigilant, we will find ourselves in a world in which the collective brain of our next generation has been the main organ harvested under our watch.