A Viral Meme on the Book of Job 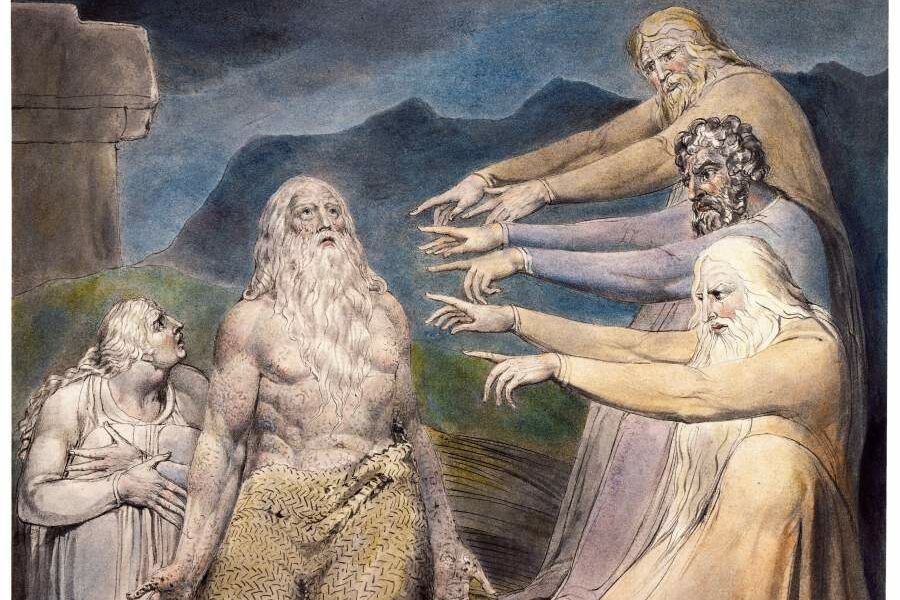 To be perfectly candid, I didn’t see this coming. A friend had texted me some memes, one of which pictured a bearded Job, with boils on his skin, sitting cross-legged on the ground. The simple caption read: “Satan thought he had taken everything from Job . . . but to Job, God was his everything.” Liking the message, I posted the meme on the AskDrBrown Facebook page. At present, it has reached more than 580,000 people, received 67,000 engagements, including more than 13,000 likes, and it has been shared more than 7,800 times. Why?

I have spent many years studying and teaching the Book of Job, culminating in a major work in 2019: Job: The Faith to Challenge God. A New Translation and Commentary.

In the early chapters of the book, the Lord Himself says of Job, “there is no man like him on earth.” Commentators have heaped similar praise on the book itself: There is no book on earth like it.

As I noted in the Introduction to my commentary, Thomas Carlyle (1795-1861) exclaimed, “A Noble Book; All Men’s Book! There is nothing written, I think, in the Bible or out of it, of equal literary merit.”

Alfred Lord Tennyson (1809-1892) hailed it as “the greatest poem, whether of ancient or modern literature.”

And Victor Hugo (1802-1885) went as far as to say, “Tomorrow, if all literature was to be destroyed and it was left to me to retain one work only, I should save Job.”

Much of the Book of Job addresses this acute theological problem, responding to Job’s protests in the most unexpected way, followed by an even more unexpected ending. That is part of the ageless appeal of the book.

As for Job himself, as other writers have observed, he ran from God to God. He appealed to the justice of God by accusing that same God of acting unjustly. This is part of the mystery and majesty of the book.

And in the end, humbled by a revelation of the beauty and wisdom and power of God, Job was supernaturally restored by the Lord (but, even then, there were some surprises.) If you’ve never read the book from cover to cover, I strongly encourage you to do so.

Why Did the Meme Strike a Chord?

What, then, was it about the meme that struck a chord with so many people? (In the time it has taken me to write this article, the statistics quoted above are already woefully out of date.)

It appears to me that, during the uncertain times in which we live, Job’s perseverance and faith remind us of what matters most.

Satan (in Hebrew, the adversary) could strip Job of everything on the outside of him, including precious family members and his physical well-being. But the adversary could not touch the man himself.

Yet there’s more to the story, and again, I believe this is what appealed to many on my Facebook page.

“My Eye Has Seen You”

That’s why, at the end of the book (but shortly before he was restored), Job could exclaim to the Lord, “I had heard about You by the hearing of the ear but now my eye has seen You” (Job 42:5).

Encountering God was everything. Knowing Him more intimately, as opposed to getting more information, provided the answer to every question Job had. As a result of the terrible trial through which he passed, he had drawn closer to the Lord. That was his great reward.

Today, during this tumultuous year, much has been taken from many of us. There have been real hardships and tragic losses. And we end the year with instability and crisis and fear.

But the God of Job can be our God too, a God who can be fully trusted. A God who is more than enough. A God who is our everything.