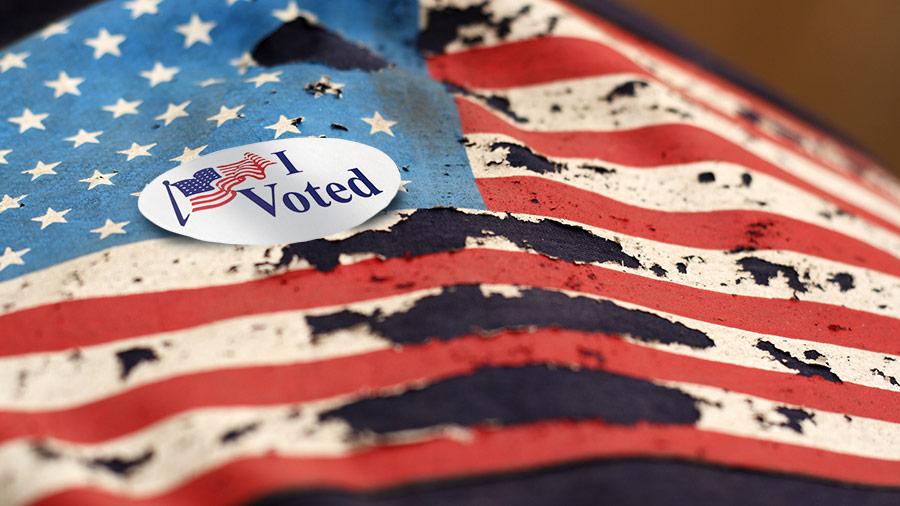 Joe Biden spoke of it during his victory-claiming, Saturday night speech. Time Magazine has now made it their new front cover. It is, we are being told, “time to heal.” But will it be that easy? And can a party with strong, radical elements lead the way in healing?

Of course, we still do not know the final outcome of the elections. There are many court cases to hear and many challenges to review. And Christians around the country continue to pray fervently for God’s will to be done.

But if it does turn out that Joe Biden is our next president, with Kamala Harris as vice president, can he (or she) lead the way in healing a very broken, fragmented, angry nation?

He said Saturday night, “Let’s give each other a chance put away the harsh rhetoric.” Yes, he urged, “Stop treating our opponents as our enemies. They are not our enemies. They’re Americans.”

I truly appreciate those words. I applaud those sentiments. And I believe that there is just as much hatred on the left as there is on the right (and probably in the middle too).

There Will Be No Healing

But as long as there are strong beliefs that the election has been stolen, there will be no healing in sight.

Conversely, should the courts overturn the current vote, there will be no healing.

And when crowds dance in jubilation at the defeat of Trump, there will be no healing.

And when BLM and Antifa remain as radicalized as ever, there will be no healing.

The onus of bringing healing must fall on those who claim to know the Lord.

And if Biden becomes our next president and seeks to enact many of his promised policies, as his constituents would expect him to do, there will be no healing.

And if Biden and Harris continue to advocate for the legal slaughtering of the unborn — as he is promising to do among his first acts, there will be no healing.

And if Biden is serious about making transgender rights the civil rights issue of the day, there will be no healing. (Note his specific mention of “Gay, straight, transgender” in his speech.)

Even with something as simple as a national mask mandate, it would only deepen the divide.

The Fate of the Nation

I personally believe that 8 years of the Obama administration brought great disunity, rather than healing, to the nation.

The next four years of the Trump administration exponentially deepened those divisions and poured salt into the wounds.

And now, with the most divisive, volatile elections since the Civil War, our divisions and suspicions are even deeper.

On the left, people like Alexandria Ocasio Cortez are attacking their fellow Democrats for not being radical enough. Towards the middle-left, the “moderates” are criticizing people like AOC for their radical positions. And the further you go to the right, the more the left is perceived as the number one, existential threat to the future of the nation.

That’s why both Republicans and Democrats claimed that this election was about “the future of America” or “the future of our democracy.” Everyone recognized what was at stake.

And should Donald Trump somehow emerge victorious to serve a second term, I see no hope of healing coming from him either, barring a change that would be even more miraculous than his reelection.

Christians Must Lead the Way in Healing

What, then, can be done?

To be sure, we should pray that the duly elected, next president will be a unifier rather than a divider. He can set an example of civility while maintaining his convictions. He can be a man of courage without savaging his opponents. That would help in part.

But the onus of bringing healing must fall on those who claim to know the Lord. Those who believe in His values. Those who truly believe that we are called to stand out from the rest of the world, marked by our conduct and our character.

We can stand firm and immovable without being nasty and petty. We can vote our convictions without engaging in partisan political mud-slinging. And, with God’s help, we can even love our enemies. We can actually bless those who curse us. It is a beautifully freeing and transforming experience.

At the very least, we can practice such conduct among ourselves, among our fellow-believers, even in the midst of our inevitable differences and conflicts.

As Paul exhorted the Colossians, “Therefore, as God’s chosen people, holy and dearly loved, clothe yourselves with compassion, kindness, humility, gentleness and patience. Bear with each other and forgive one another if any of you has a grievance against someone. Forgive as the Lord forgave you. And over all these virtues put on love, which binds them all together in perfect unity” (Colossians 3:12-14).

If you’re a Christian, this is a command, not a suggestion.

And while the healing of a hurting, angry, divided nation is a seemingly impossible task, we can seek to bring healing one life at a time.

We can reach out with grace to an offended loved one. We can send a kind-hearted (not compromised) note to an angered friend on social media. We can forgive from the heart. We can humble ourselves and ask for forgiveness where we have sinned against others.

To quote Paul again, “Let no debt remain outstanding, except the continuing debt to love one another, for whoever loves others has fulfilled the law. The commandments, ‘You shall not commit adultery,’ ‘You shall not murder,’ ‘You shall not steal,’ ‘You shall not covet,’ and whatever other command there may be, are summed up in this one command: ‘Love your neighbor as yourself.’ Love does no harm to a neighbor. Therefore love is the fulfillment of the law” (Romans 13:8-10).

Again, I appreciate any effort by a political leader to sound a conciliatory note and to reach out across the aisle. I simply realize that with the nature of the divisions that are tearing us apart, true healing will have to come from another source.

May each of us lead the way, not moving an iota from our deeply held convictions and not ceasing to fight for what is right. But walking in love and living as decent human beings.

Can I count you in?