A Suggestion for Joe Rogan That Could Educate the Masses 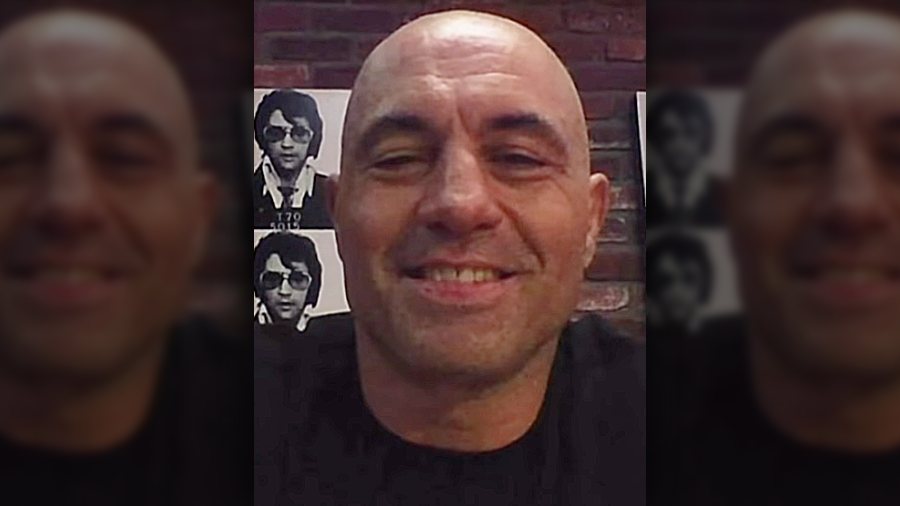 The ongoing controversy involving podcast giant Joe Rogan and his Spotify platform is playing out like a soap opera and shows no sign of abating. Among those weighing in are music legends like Neil Young and Joni Mitchell, actors like Dwayne Johnson (aka “The Rock”) and Sharon Stone, and White House Press Secretary Jen Psaki, on behalf of President Biden himself.

Joe Rogan Talks to All Sides

What has become clear, though, in this larger debate about free speech and “misinformation” is that Rogan himself does not seem to be an ideologue. In other words, the very popular (and famously foul-mouthed) podcast host, comedian, and UFC commentator does not seem to be driving a particular cultural agenda. Instead, he seems to be more focused on having interesting conversations with a wide range of guests, learning for himself as he goes.

In contrast, Rogan has interviewed both pro-vax and anti-vax guests, as well as, more broadly, both liberals and conservatives, giving all of them space to talk freely, even if he pushes back or challenges them along the way.

But, from what I’ve read about his guests and from snippets of the shows I’ve seen, he is not on the air primarily to drive a particular political or cultural agenda.

Even when he came under attack from the left for using ivermectin and other drugs to treat his COVID, it didn’t appear that his goal was to challenge the mainstream narrative. Instead, his goal was to get better as quickly as possible, using drugs prescribed by his doctor.

The battle only began when he was maliciously slammed for using “horse dewormer.” That’s when he fought back.

But, to say it once more, this was not an ideological battle with the left and the right. This was Joe Rogan being himself, and that meant following the evidence where he thought it led.

And that, in turn, leads to my proposal.

Why Not Host a Debate on the Vax?

Since Rogan’s podcast is front and center in the news today, and since he has a massive viewing and listening audience, why not use the show to host a debate/discussion between two of the most articulate voices on either side of the COVID-vaccination debate? Or perhaps even host several debates (at least two), allowing each side to present its case and respond to challenges.

The discussion is not the mandates, which are often opposed even by strong vaccination advocates. The discussion is about the safety or efficacy of the vaccines and the wisdom of our current health policies.

As far as recommendations, I’m not sure who the best advocates would be for each side. That’s because it’s not just a matter of having the requisite expertise. It’s also a matter of being able to articulate one’s views clearly as well as respond to challenges. Not everyone can do this well.

That being said, perhaps a case could be made for bringing on the man whose viral interview helped spark the current controversy, namely, Dr. Robert Malone. Why not allow his COVID vaccination concerns to be challenged by a respected pro-vax professional? And, conversely, why not allow him to challenge a vaccination advocate face to face? With Rogan’s long-form interview format, there would be plenty of time for substantive interaction, with Rogan serving as the fair and interested moderator. Why not?

Thoughtful Debates are Helpful and Educational and Bring Everything to Light

It is true that, in most cases, the results of a debate are not definitive, and there is always subjectivity involved. But having participated in scores of debates myself, I can say with certainty that weak spots do get exposed, that clear points are made, that minds are often changed, and that the audience generally finds the debates to be very helpful and educational.

At the very least, the general public gets to hear both sides together, making it much easier to evaluate the issues at hand.

Someone will surely protest, “To debate an issue is to give credibility and exposure to the other side, and, in this case, the other side is not worthy.”

I reply, “It’s too late for that, since both sides are being discussed and debated every day of the week. Plus, these are potentially life and death issues. How can we not present our cases, side by side, for America (and the world) to hear?”

The bottom line is that if you’re confident you have the truth, you’re willing to bring it into the light. When you’re not confident, you’d rather hide in the darkness. Shall we bring everything into the light?

And to anyone reading this article who has any connection to Joe Rogan, see if you can get this proposal to him. If I knew him or anyone close to him, I’d make this suggestion in private. But since that is not the case, I’m throwing in my two cents in public.