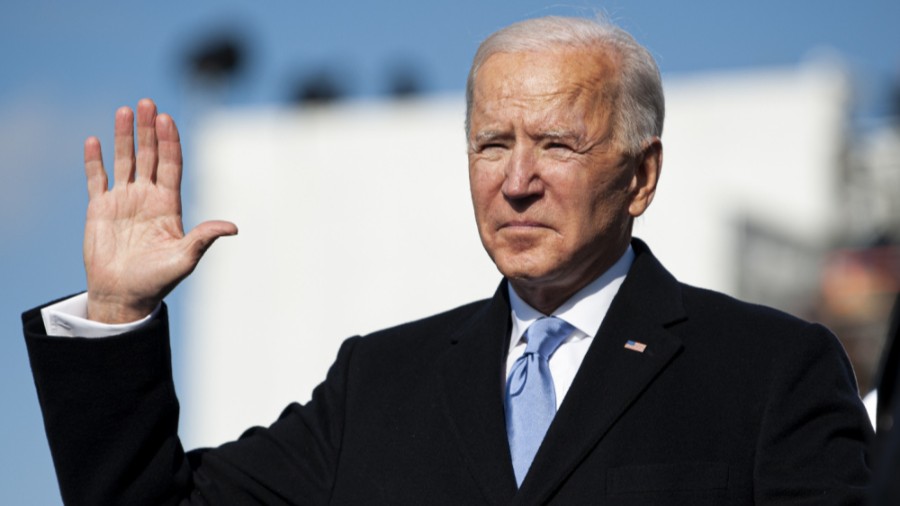 January 20th is past, and Joe Biden, not Donald Trump, is the President of the United States. To all those who prophesied that Trump would serve a second consecutive term and assured us that he would be inaugurated on the 20th, I appeal to you in the strongest possible terms: admit your error, take full responsibility, and do not, under any circumstances, continue to put a false hope into the hearts of God’s people.

To Those Who Prophesied Falsely: Time to Humble Yourself

What you prophesied did not come to pass.

There is not an alternative, spiritual reality in which Trump is still functioning as president.

Nothing is going to change in a month or a year.

Even if there was massive electoral fraud, the results of this election will not be overturned.

The Lord does not take it lightly when His people are abused like this. He will hold you responsible for misrepresenting Him.

Donald Trump will not serve a second, consecutive term.

Face the facts, be accountable before God and man, take the hits that will be coming, and humble yourself before the Lord and His people.

If you prophesied falsely, you and you alone are to blame.

Understand Why You Prophesied Falsely and Own It

Maybe you did not intend to mislead.

Maybe you were acting in sincerity and integrity, truly believing the Lord had spoken and doing your best to stand firm in faith no matter what. After all, you thought to yourself, isn’t that what faith does?

Maybe you were so grieved over where the radical left was going that you prophesied what you desired, namely, the reelection of Trump.

Maybe you sensed God’s intent, namely that if Trump would repent of his pride and the church would repent of looking to him in an idolatrous way, God would give him four more years.

Maybe you got caught up in the power of the group, finding affirmation in others saying the same things.

Maybe you prophesied what your people wanted to hear, subconsciously tickling their itching ears.

Maybe you got caught up in a partisan political spirit.

Maybe you looked to Trump as a political messiah and God answered you out of the idolatry of your own heart.

Or maybe you fell prey to demonic deception.

Whatever the cause, you prophesied falsely, and now you need to own it. The last thing you should do is feel sorry for yourself and claim that you are being persecuted. Quite the contrary. The reality is that you have misled many.

The Fallout From this Failure

As a result of your false prophecies, many believers are experiencing a crisis of faith right now. Who will be there to pick up the pieces?

After all, they wonder, how could all the prophets be wrong? (To the extent that you urged your hearers to hold on to the very end, to that extent you are responsible for bringing them to this point of crisis.)

Worse still, some of you issued prophetic threats to those who questioned your words, telling them they had to “believe the prophets” or else. And you did this while claiming to speak directly for God.

The Lord does not take it lightly when His people are abused like this. He will hold you responsible for misrepresenting Him.

So many of God’s people are hurting, and the world is mocking us, thinking that our faith in Jesus is just as false as these failed Trump prophecies.

One young man posted online that he had been telling his family, none of whom were believers, that Trump would be reelected, based on the words of the prophets. He thought it would glorify the Lord when Trump was miraculously inaugurated. Now, he said, he doesn’t think he can ever talk to them about the Lord again.

Do we realize the damage that has been done?

One woman who falsely claims to be a prophet said that God has been making a list, noting who is listening to the prophets and who is not. Those who are not, she warns — claiming to speak for the Lord — will lose their voice and their ministries.

This is deep deception and serious spiritual manipulation.

Now is the time to repent, openly, publicly and forthrightly.

Now is the time to find accountability from other leaders in the Body who did not fall into this same error.

Now is the time for some serious soul-searching.

It’s what the Bible calls bringing forth fruits worthy of repentance. This is no small thing.

If you continue to prophesy falsehoods and assure your followers that Biden will soon be replaced by Trump (and I don’t mean in 2024), I warn you that you are moving into complete spiritual fantasy and leading others with you. Careful!

I also write out of a holy jealousy for your own ministry and calling.

All of us can make mistakes, even serious ones like this. Our God is a God of forgiveness, and redemption is the central message of our faith. You can come out of this closer to Jesus, deeper in the Word, godlier in character, and more in tune with the Spirit. And to the depth of your humility, to that degree the Lord will restore and rebuild.

But please, I appeal to you again.

Now, what are you going to do?