A State of Terror: Hillary Clinton Signs a Book Deal for a Political Thriller

Plot twist: The book from the woman who won't accept the 2016 election will be published by the same company that canceled a contract with Sen. Josh Hawley for challenging the 2020 election. 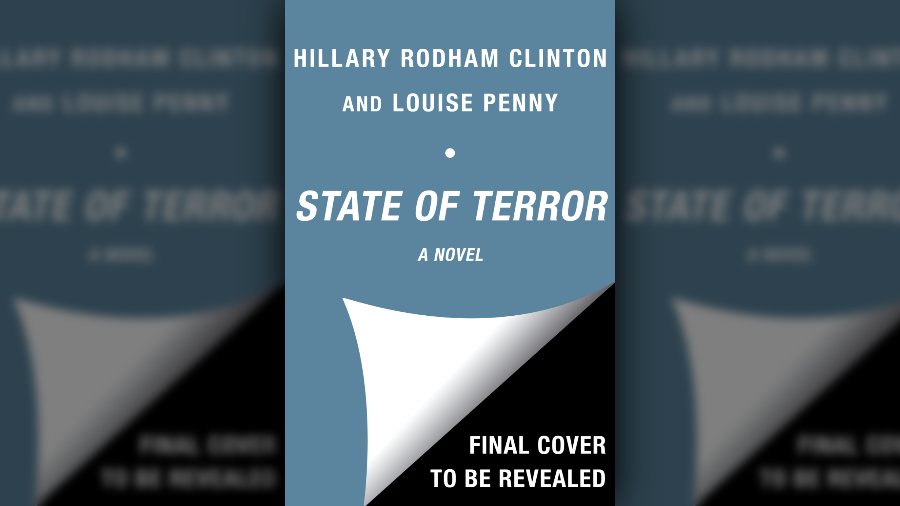 “Get ready for some high-stakes diplomacy and treachery.” Or so says Hillary Clinton, who knows a thing or two about both. Clinton announced Tuesday that she is teaming with author Louise Penny for her first political thriller. It’s called State of Terror and will be published in October.

Hillary is no stranger to creating fiction. Just think of her blaming the Benghazi terror attack on a video nobody saw. Or saying her long-disappeared Arkansas law firm records just happened to turn up in the White House living quarters … after the statute of limitations had run out. Or the “vast right-wing conspiracy” trying to tear down her husband over that fake story about an intern-turned-stalker named Monica Lewinsky.

The book’ll be a bestseller. Hillary creates epic yarns Tom Clancy would envy.

The “2016 Election Was Stolen From Me” Fiction

Most recently, in fact for the past four years, three months, Hillary Clinton has been selling the fiction that the 2016 election was stolen from her. The villain in this fiction changes.

So What’s the Story with State of Terror?

According to Simon & Schuster:

State of Terror follows a novice Secretary of State who has joined the administration of her rival, a president inaugurated after four years of American leadership that shrank from the world stage. A series of terrorist attacks throws the global order into disarray, and the secretary is tasked with assembling a team to unravel the deadly conspiracy, a scheme carefully designed to take advantage of an American government dangerously out of touch and out of power in the places where it counts the most.

This high-stakes thriller of international intrigue features behind-the-scenes global drama informed by details only an insider could know.

It was the Russians! It was the Russians working with Trump! Sexism! The media! James Comey re-opening the criminal investigation into her email abuses! Wives afraid to vote against the wishes of their husbands! It was … man, just fill in the blank. She’s blamed losing on everything but the bossa nova.

She changes the villain, trying to find a believable one. Yet she never stops saying the same thing: “The 2016 Election was Stolen from Me!”

For four years, the former first lady, senator and secretary of state — one of the most powerful women in the world — has been pumping into the culture the fiction Trump was not legitimately elected. She’s been leading the Resistance. A resistance that started with violence Inauguration Day 2017, carried through the riots at the White House this summer and led to the boarding up of store fronts in anticipation of more rioting if Trump won.

Hillary Clinton stoked the flames against Donald Trump. Her loud and constant refusal to accept the 2016 results incited an often-violent response against the duly elected President of the United States. Against the American election system.

Why am I belaboring the point about Hillary and the 2016 election? To show Hillary is a vicious, amoral “unethical, dishonest” political animal? No, that was established before Monica Lewinsky was even born with her behavior while a staffer on the Watergate investigation.

The reason is this: Hillary’s new fiction book is being published by Simon & Schuster.

The Political Hypocrisy of Simon and Schuster

Last month, the very same Simon & Schuster canceled a contract to publish a book by Sen. Josh Hawley because he dared challenge the certification of the 2020 election. On January 6, he used his constitutional right to challenge a state’s electors.

Because of his challenge that one day, Simon & Schuster accused Hawley of helping incite the so-called “insurrection” and canceled his book contract.

Yet just weeks later, this same Simon & Schuster is publishing a book and lining the pockets of a woman who has spent 1,500 days challenging the 2016 election.

Fortunately, Regnery Publishing picked up Hawley’s book. But is anybody else picking up on Simon and Schuster’s hypocrisy? It doesn’t take a village to see it.

Personally, do I care if Hillary writes a political thriller? No. In fact, there’s something cute about Hillary seeing her husband score a best-selling fiction book with James Patterson and thinking, “If that lug can do it, I can.” And besides, the more time her fingers are on a keyboard the less time they’re around somebody’s throat.

Sure, Hillary’s writing tends to be incredibly stiff and boring. Of course, Penny will be doing the real writing. Sure, if the book is released October 2021, it’ll be in half-price bins by New Year’s.

Hold countless peaceful, patriotic gatherings with only .1% at one event causing trouble and you all are domestic terrorists. Riot, loot, burn, call for the death of cops and a rejection of America’s system of government for months on end and they name a plaza after you.

The New State of Terror

The list is endless. And now Hillary Clinton gets a book contract from the same publisher that cancelled Josh Hawley.

When people are targeted — or rewarded — simply for who they are, you are inching toward a “state of terror.” And that’s no fiction.