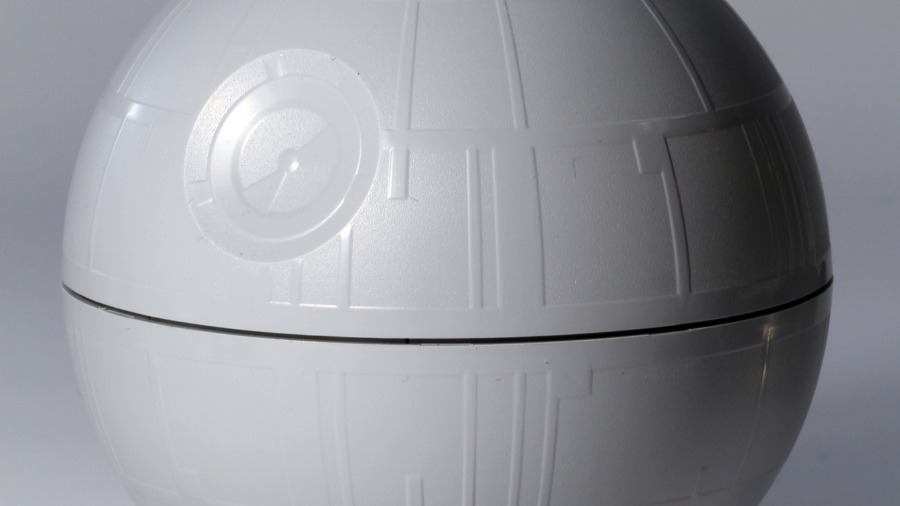 In its faithfulness to the original vision of Star Wars, Jon Favreau’s series The Mandalorian was a refuge from artless Wokeness, and the politicized preachiness that dominates entertainment.

One contributor to its success has been director Taika Waititi, an artist who truly understands liberty. He made Jo Jo Rabbit, one of my favorite films, period. It’s an anthem against the illiberalism that once captured Germany and still threatens to capture every generation. Yes, even ours.

Then Lucasfilm caved to the pressure of an online cancel mob and fired Mandalorian star Gina Carano. But they weren’t just “canceling” Carano. They were canceling the show itself — everything that set it apart and made it special.

And for what? For the purpose of staying in the good graces of today’s illiberals.

Making the Holocaust into a Meaningless Cipher

It’s no coincidence what enraged the Woke mob the most. Carano’s social media post gently warned us all that we do, after all, belong to the same species as German Nazis in the 1930s. That even the most ordinary nobodies are capable of unspeakable acts of violence and hatred.

“Jews were beaten in the streets, not by Nazi soldiers but by their neighbors – even by children,” the post read.

Few children today learn the background behind the Holocaust. To get to the point where Nazi soldiers could round up thousands of Jews without resistance, the government first made their own neighbors hate them simply for being Jews. How is that any different from hating someone for his political views?

Carano’s attackers smeared her as anti-Semitic for posting this. Others accused her of minimalizing the Holocaust.

Liars faced with the ugly truth about illiberalism have always spun these calumnies against truthtellers like Carano.

Hannah Arendt was called a self-hating Jew for insisting that Adolf Eichmann was an unremarkable nobody — who nonetheless performed the actions of a monster.

Jordan Peterson has been accused of harboring white supremacist fans. Why? Because he encouraged his students to see in themselves the dangerous capacity for evil that lurked in the hearts of young Germans once.

It seems there’s an unspoken 11th Commandment out there: Thou Shalt Not Learn from History.

Turning Our Enemies into Untermenschen

Thoughtless and illiberal people hate nothing more than hearing the ugly truth about discredited evil ideologies like Nazism. Namely, that its adherents were just like us, and that we are like them. That you and I are capable of great evil if we only allow ourselves to become dull and acquiescent to the spirit of the age.

What does Carano’s firing mean? That illiberalism thrives here, with the most illiberal also the most influential. They want to silence, everyone, even artists, who dare to dissent from their orthodoxies.

After all, the thoughtless nobodies who canceled Gina Carano aren’t the lost, disconnected smattering of misanthropes with anonymous Twitter accounts that you’d like to think they are. They’re actually representative of the executives of Twitter. And of the current presidential administration. And of Disney.

And that’s why to be totally honest, when I first heard that Lucasfilm had fired Gina Carano, my heart sank. I worried that only I and maybe a few other scattered voices would protest.

The Only Problem with the Death Star

Fast-forward just 24 hours, and I saw Carano’s tweet: “This is just the beginning. Welcome to the rebellion.”

She was referring to her new venture in partnership with The Daily Wire. Coming soon, a movie with Carano at the helm as producer and star.

“I cried out and my prayer was answered,” Carano told Deadline. “I am sending out a direct message of hope to everyone living in fear of cancellation by the totalitarian mob.”

Carano understands something about our story, the human story, that her attackers missed: That seemingly irresistible power can actually be a weakness.

Call it the Death Star Effect.

Welcome to the Rebellion

The introduction of the Death Star in George Lucas’ first Star Wars script had a twofold significance. First, it represented the Empire’s rule over the whole galaxy — a weapon capable of wiping out entire planets who rebel against it.

But second? As soon as Darth Vader demonstrates the Death Star’s merciless power, the audience immediately begins rooting for his total defeat.

Welcome to the Rebellion.