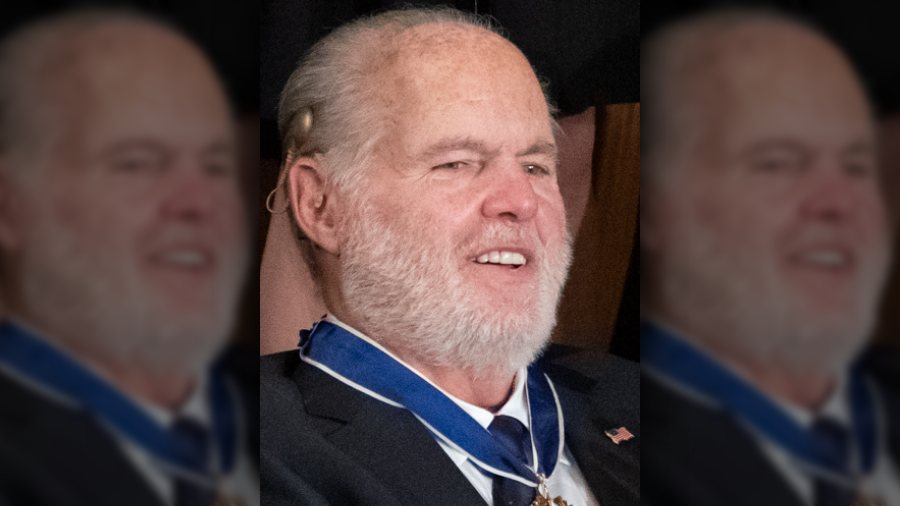 Rush Limbaugh smiles after First Lady Melania Trump presented him with the Presidential Medal of Freedom during President Donald Trump’s State of the Union address Tuesday, Feb. 4, 2020, in the House chamber at the U.S. Capitol in Washington, D.C.

My formative years were spent in the greater Los Angeles area. Grade school, high school, and college were all suffused with the typical, left coast, liberal ideology. My parents were not particularly political, but I started acting professionally at the age of nine. This ensconced me in a world that did not encourage conservative thinking.

Entering college, I considered myself a liberal. A typical left coast liberal. I’m now a conservative. Rush Limbaugh had nothing to do with that.

Turned On to Limbaugh

My conversion to conservatism involved many discussions with my two best friends. By the time I was turned on to Mr. Limbaugh, I was already a believer in limited government and a free-market economy. Rush taught me to see.

His nationally syndicated radio show was unique. It started in 1988. There was nothing even close to it at the time. I started tuning in around 1991. He was just starting to become the main voice of conservatism. Only later would he become a preeminent voice in the broadcasting industry.

What initially struck me about him was how funny he was. His on-air personality was very jocular. But he didn’t simply mock or make fun of politicians and ideas. He used his humor to educate. He would, as he would say, “illustrate absurdity by being absurd.” It was very effective.

Rush also had a gift for teaching even the most difficult of conservative concepts in a way that was very easy to understand. It impressed me that he wanted people to comprehend the fundamentals of conservatism because he knew, and would explain, that at its core is a spirit that uplifts all human beings. He pointed out how liberals play act at caring about people, but it is conservatism, with its focus on the individual, that truly elevates people up from poverty and shows that there is a dignity in all human beings.

This positive message was at the heart of his show and sprang from his empathy for his fellow man. He rarely raised his voice to a caller and would actually give more time to a liberal caller than a conservative one. This is almost unheard of in the world of conservative radio hosts today (Ben Shapiro being a notable exception). He wasn’t talking just to hear his own voice, but that he wanted to change minds. He also recognized he could illustrate the fallacies of liberalism better by demonstrating the flaw in a caller’s argument than by simply talking about a subject in the abstract.

Rush and the MSM

When someone told me he didn’t like Rush Limbaugh, it was almost universal that he had never actually listened to him. This sort of bravado has always come as a shock and a disappointment. I would tell them they couldn’t speak intelligently on the subject if they didn’t know anything about it. But they were convinced they knew everything they needed to know about Rush and his show, because they had watched (or read) the news!

The problem with that was the media would consistently distort what Limbaugh would say or do. I know this for a fact, because I would listen to a solid two hours or more of his show in the morning, then later watch or read the press completely misrepresent what he had said. This was my first real taste of the Main Stream Media’s (MSM) lies and manipulations.

If you do not seek out first-hand information or alternative viewpoints, if you rely on second-hand accounts and hearsay, the press easily manipulates you. This technique has been nurtured and encouraged now for quite some time. Nothing was more helpful to me than watching the MSM attempt to demonize Rush Limbaugh through deceit and fabrication.

It is why, while I didn’t start as a Trump supporter, I could see that he was getting the same treatment. It made me wonder what Trump was really doing that angered the media so much. Once one’s eyes have been open to the audacity with which the media lies, it is impossible to close them again.

Seeking the Truth With Rush

For me the goal was never to move to the right or the left, but to seek the truth. By helping me see through the MSM’s lies, Rush Limbaugh had a significant influence on my life. Part of that influence can be seen in my attempts to get my liberal friends to embrace multiple sources of information, which has also been a recurring theme in several of my Stream articles.

The rest of his influence on me has become so ingrained that it comes out in a number of ways. I’m always willing to talk politics with my liberal friends despite their intolerance of conservative viewpoints. When I find myself in a teaching situation, I try to use my sense of humor to get a point across. There are a few other examples, but in a world where the MSM preaches collectivism, my biggest take-away from listening to Rush was to see the positive and uplifting vision of the individual that conservatism stands for.

Rush’s passing marks the end of an era, and I will miss him.

George Janek is a conservative thinker encamped in Northern California. His previous article for The Stream was About That Bruce Springsteen Super Bowl Spot: The Left Doesn’t Want Unity. It Wants Control.