A longtime fan weighs in on the rock legend's controversial Super Bowl ad. 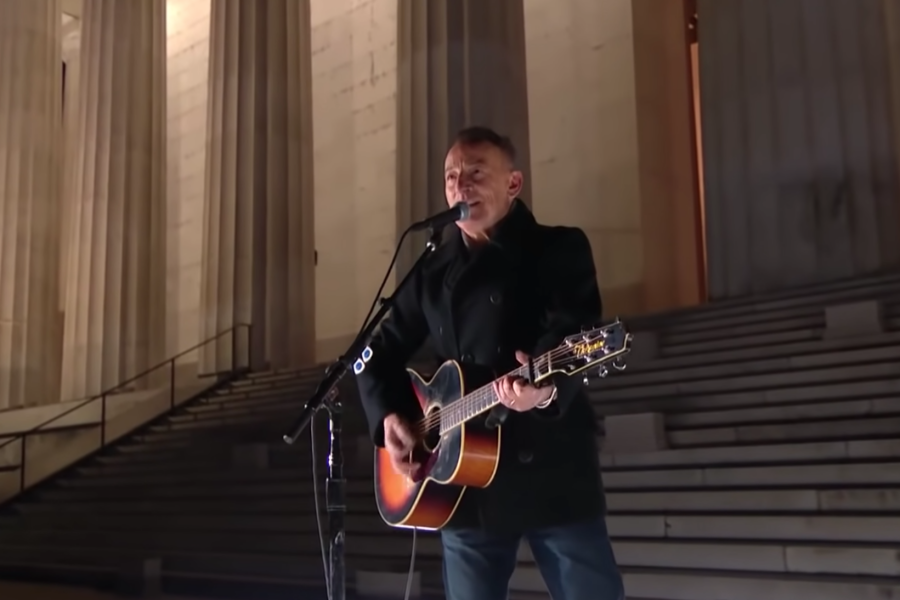 I have seen Bruce Springsteen live at least a dozen times in my lifetime. I am a big fan despite his being a full-fledged member and supporter of the Democrat party. On the evening after Biden’s inauguration, he sang his “Land of Hope and Dreams.” He told the country, “Yeah, leave behind your sorrows, let this day be the last. Well, tomorrow there’ll be sunshine, and all this darkness past.”

Trump’s the darkness. Biden’s the sunshine. Got that? But this in no way diminishes his talent or the quality of his music. It is, however, why I approached his Jeep ad during the Super Bowl with some trepidation. (You can’t see the spot right now, because Jeep pulled it after discovering Springsteen had been charged with drunk driving last fall. The NY Post reported The Boss was pulled over after downing a shot of tequila with fans. However, a source told the Asbury Park Press Springsteen’s alcohol level tested at .02, or one-fourth of the legal limit in New Jersey.)

As it turned out, the commercial was a beautiful plea for all of us as Americans to meet again in the middle. There was not a single word in that soliloquy that I disagreed with or found offensive. Its overall message was clearly positive. And yet I detected a sour note.

I suppose this appeal for harmony might have rung more true were it not for fact that I clearly remember Mr. Springsteen being one of the cacophony of voices, over the last four years, raised against President Trump and all of his supporters. Not just against, but in open defiance of.

It wasn’t enough for Bruce to simply oppose Trump and his policies and beg people to vote him out. He actually went so far as to say the White House needed an “exorcism,” and if Trump did win the 2020 election, that he, Springsteen, would move to Australia.

The Left Doesn’t Even Try

For the last four years the left have acted like petulant children. Ranting and raving, kicking and screaming, and generally behaving like the boys in Lord of The Flies. There has been no sense of unity, and no spirit of compromise.

The left has literally attacked Trump at every possible opportunity, and even some made up ones. The Democrats have been a completely anti-collaborative body for the last four years, Their attacks on Trump started even before his inauguration. I remember seeing the hashtags: #notmyPresident and #ITMFA (Impeach the [expletive deleted] Already) in December of 2016. The left certainly didn’t cry for unity then. Those attacks haven’t stopped since.

Early the next year, a comic thought it would be amusing, and an act of free speech, to be photographed with an effigy of Donald Trump’s bloody, severed head. While she was rebuked and forced to apologize at the time, she has since “revoked” her apology and the day after the 2020 election retweeted the very same image. That tweet still exists. And that comic’s Twitter account still exists, even as thousands upon thousands of Trump supporters have been removed from Twitter just for being Trump supporters.

The last four years has seen violence and property damage become the rule of the day for the left as they silently condoned riots as an acceptable form of “protest.” When two and a half years of trying to frame the President for engaging in Russian collusion didn’t work, the left finally managed to instigate an actual impeachment concocted from hearsay evidence about a legitimate phone call. Nothing says unity like an impeachment … or two.

What the Left Really Means

You see, what the left means by the very eloquent words uttered by Mr. Springsteen is very different from what most people hear. We hear mutual respect, compromise, everyone gives a little, joining hands over what we share. That’s what “meet in the middle” means.

The left doesn’t mean that. A clue to what the left means can be found in Jeep ad’s tagline, “To the Re-United States of America.” The implication being, now that the divider Trump is gone, and Republicans are no longer in power, the country can re-unite under the magnificent Democrats and their unifier-in-chief: Joe Biden.

They truly do not want us to behave over the next four years the way they did for the last four. Hence the sudden request for unity.

But they do not seek compromise, they seek capitulation. They only cry for unity when they are in power. What they are really asking is for Republicans to stop fighting them and engage in bipartisanship. Or, to put it bluntly, they’re asking that we just give up and acquiesce to any and all of their policies and actions.

That is their version of unity. The left’s motives are so obvious, and so blatantly hypocritical, it stuns me that the average Democrat can’t see it.

I hope that Bruce was truly earnest in his request for us to meet in the middle and that he wasn’t just slinging mud. But it is my fear that he was “Blinded by the Light”, or maybe just “Lost in the Flood”. And that he’s happy watching half the country being sent into the “Darkness on the Edge of Town.”

But, despite everything, I still believe in “The Promised Land”.

George Janek is a conservative thinker encamped in Northern California. His previous article for The Stream was The Left Invents Another Excuse to Hate the Right.

Lighting Up the ‘Midnight’ of Our Current Society