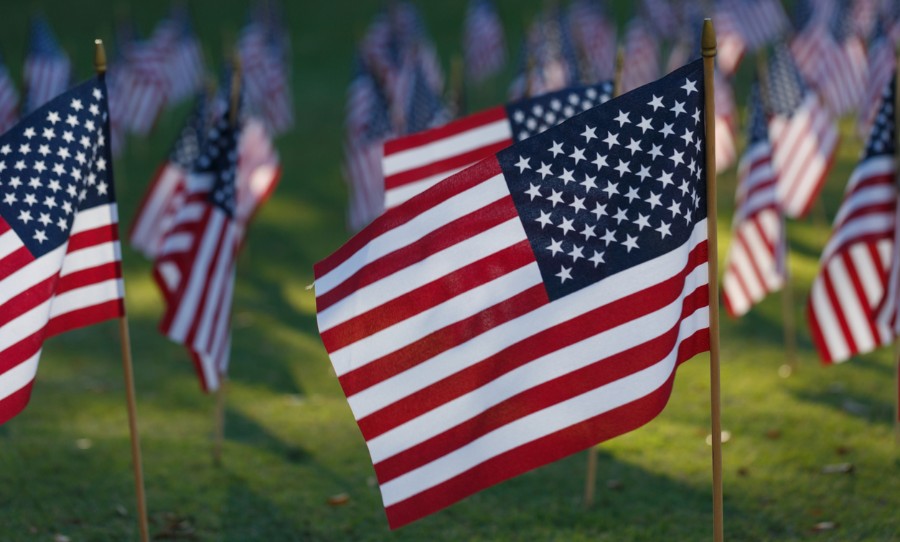 Students at a Michigan high school were told they could not display posters promoting Young America’s Foundation’s (YAF) “9/11 Never Forget” project because the images were too violent.

Grosse Pointe High School North rejected the posters because they included images of the terrorist attacks on 9/11, along with other images of atrocities committed by Islamic radicals.

YAF spokesman Spencer Brown said on The Todd Starnes Radio Show that administrators feared “the content was too violent.”

He said the images on the posters are no more violent than images that are included in some of the textbooks used by the school. The school district, by the way, did not offer a comment.

“We’re digging into it even more to see if this is viewpoint discrimination or are they not wanting to teach the full history of 9/11,” Brown said of the school located near Detroit. “What is it that they’re afraid of.”

Brown also said a YAF memorial at Stetson University in Florida was vandalized Wednesday by chalk artists who desecrated the display with anti-American rhetoric.

The “Never Forget” project was created by Young America’s Foundation in 2003 when they realized that schools and students were not doing anything to observe the anniversary of the terrorist attacks.

The centerpiece of the project is an American flag display made up of 2,977 flags memorializing the people who died that day.

“It’s really just an opportunity for Young Americans for Freedom chapters and other conservative clubs to create a moment of remembrance at their schools and really bring the community together,” Brown said.

He said the point of the project is to “remind students that these radical terrorists still pose a threat.”

“It’s important to stay vigilant against that threat to freedom,” he said.

As I write in my new book, Culture Jihad: How to Stop the Left From Killing a Nation, the left has turned our schools into indoctrination centers — spewing anti-American propaganda.

I’m not surprised that the posters were banned at that Michigan high school. It makes me wonder if school leaders were trying to whitewash history?

Kudos to Young America’s Foundation for standing in the gap and educating future generations about the truth of September 11, 2001. It was the day when Islamic radicals waged jihad on American soil in the name of their religion.

NYT Describes 9/11 as Some Planes Did Something

Flight 93 Chime Tower an ‘Everlasting Concert by Our Heroes’