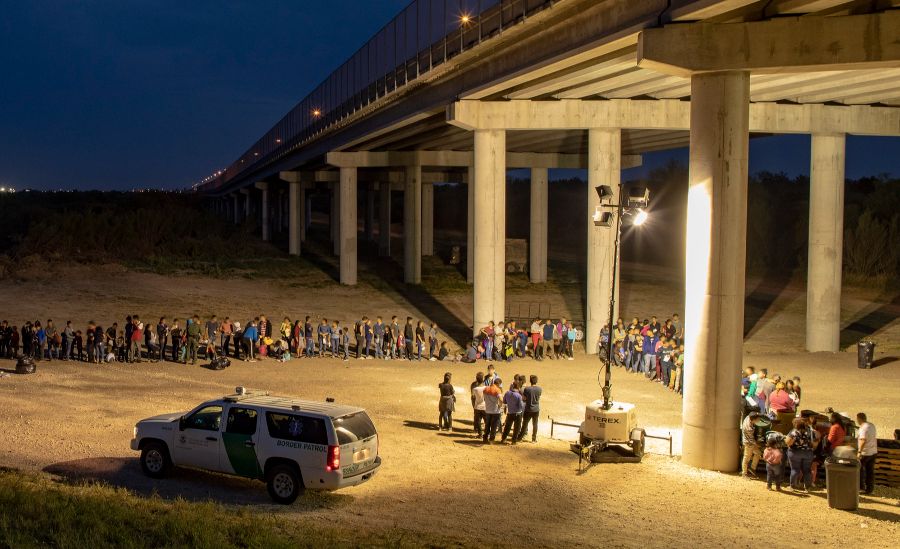 I wish we’d had this new information from the New York Post in time for yesterday’s update on the flood of COVID-infected “noncitizens” — illegals — at the Texas border. (That story: the DOJ sued and obtained a temporary injunction against Texas Gov. Greg Abbott’s order that curbed the federal government’s transportation of migrants from the border into Texas and beyond.) But here it is.

A State of Disaster in McAllen, TX

Nearly 7,000 immigrants who tested positive for COVID-19 — out of the ones who were tested — have passed through McAllen, Texas, including more than 1,500 in just the past seven days.

It wasn’t a big announcement, just one that was folded into a statement from the City of McAllen, population 140,000, announcing the construction of emergency shelters to help them cope with the overwhelming numbers of immigrants. On Monday, the buses Gov. Abbott is trying to stop were running constantly, dropping off passengers at a downtown Catholic charity every 30 minutes throughout the day. McAllen has declared a state of disaster.

According to this story, July marked the highest number of illegal immigrants apprehended at the US-Mexico border in more than 20 years.

On Wednesday afternoon, a crash occurred about 50 miles north of McAllen on a remote Texas highway when a van carrying 25 people (!) — but designed to carry no more than 15 — turned over on a curve, killing 11 people and injuring at least a dozen others.

Migrants Continue to Pour In

Migrants continue to pour in, as Gov. Abbot has been ordered not to interfere, at least for now. After the temporary halt to his order, a spokesperson for his office said, “The governor’s Executive Order attempts to prevent the Biden administration from spreading COVID-19 into Texas and protect the health and safety of Texans.” The next hearing is scheduled for August 13.

A Stand-Up-And-Cheer Response to President Biden

And this brings us to what Florida Gov. Ron DeSantis said on Wednesday to President Biden, which is absolutely what needed to be said. Watch and learn; this is exactly the way all Republicans need to fight back against the politics-driven idiocy being inflicted on our country right now by those in power. It makes no sense to talk about lockdowns when you’re allowing COVID-infected “noncitizens” to stream into the country as Biden is.

Biden had admonished Govs. DeSantis and Abbott for not doing “the right thing” to fight COVID.

Rational people are more at risk from busting a gut laughing at lines like this from Biden than they are from the coronavirus. I wonder how many infected people crossed into America at our southern border while Biden was giving his little speech.

Why don’t you do your job? Why don’t you get this border secure? And until you do that, I don’t want to hear a blip about COVID from you, thank you.

DeSantis also appeared briefly on The Ingraham Angle with Laura Ingraham Wednesday to talk about personal decisions regarding COVID, particularly regarding parents on issues that affect their kids, such as mask-wearing in school. He pointed out that last year, school districts in Florida that didn’t institute compulsory mask-wearing had lower rates of infection than those that did.

Mike Huckabee is the former governor of Arkansas and longtime conservative commentator on issues in culture and current events. A New York Times best-selling author, he hosts the weekly talk show Huckabee on TBN. Originally published on MikeHuckabee.com. Reprinted with permission.