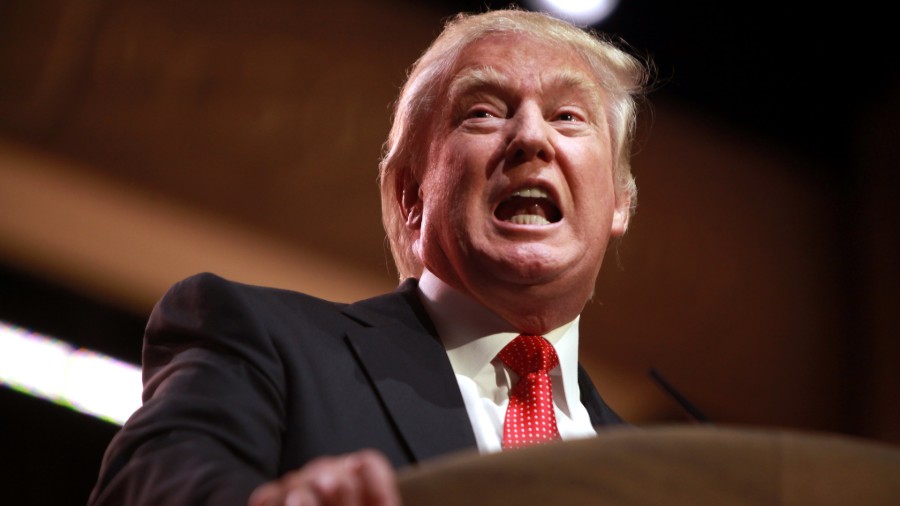 I am not claiming some great prophetic insight. I do not believe I have received any special revelation. In my view, I am only stating the obvious.

In short, barring dramatic and unforeseen circumstances, the year 2020 will be one of the most chaotic, divided, and tumultuous years in our nation’s history. It will also be a year of clarity, as we will see people and groups and movements as they really are. All this is part of the larger “Trump effect.”

Wallnau wrote, “When Jeb Bush referred to Donald Trump as the chaos candidate,’ he may have been tapping into something more prophetic than he was aware. America is already in chaos and heading into what I am referring to as the Fourth American Crucible.”

That chaos will only intensify in 2020. And, to repeat, it doesn’t take a prophet to see this.

“God’s Chaos Candidate” and the Chaos Still to Come

The conclusion of the impeachment hearings, followed by the fall elections, will keep the news cycle going day and night with intensity. And if you think things are hectic and crazy and wild now, hold on tight.

The mudslinging has barely begun (and I mean this from all sides of the political spectrum).

The crazier (and darker) things get, the more clearly and soberly our light can shine.

Expect political chaos in 2020. Expect even more frenzied reporting in the media. Expect emotions to boil over — in the home, in the workplace, and on social media.

Our Hearts Will be Revealed

But it will also be year where very little will be hidden. We will see how biased some of us are. How bigoted. How mean-spirited. How partisan. How angry.

We will also see how Christian some of us are. How kind. How compassionate. How courageous. How committed.

What kind of people are we, really? How deep is our faith? How different is our voice than the hate-filled voices that surround us and bombard us 24/7?

The crazier (and darker) things get, the more clearly and soberly our light can shine.

But will it? Or will we reveal other colors, more political than spiritual and more partisan than pure?

The Spirit of Political Correctness has Been Mocked

In October, 2018, Thomas Hicks, Jr., and Curtis Ellis posted an article in The Hill titled, “Donald Trump: The great disruptor.”

They wrote, “Well, here’s to the disruptor living at 1600 Pennsylvania Ave.”

President Trump — the Great Disruptor who is challenging the premises and practices that all the Serious People tell us are immutable — is disrupting business-as-usual in Washington, New York, Geneva, Brussels and Beijing.

Donald J. Trump has been upsetting the status quo ever since he descended the escalator in Trump Tower to disrupt the make-believe world of mendacious politicians mouthing meaningless talking points and the media that pretend to believe them.

More recently, in September, 2019, Newt Gingrich said of Trump, “He gets up every morning and thinks, ‘What can I disrupt?’ He’s not going to back off.” (The reference to not backing off was regarding the impeachment process.)

The atmosphere of chaos and shaking is one in which Trump appears to thrive, as the constant disruptions seem to make him stronger.

That’s why it was no surprise that, within hours of posting a Christmas message calling on Americans to “foster a culture of deeper understanding and respect,” Trump was attacking “Crazy Nancy Pelosi” for her role in the impeachment process.

And that’s why, under his presidency, the political establishment has been threatened. The spirit of political correctness has been mocked. The Swamp has been challenged. And religious hypocrisy has been exposed.

We Must Learn to Find Stability in Divine Truth

Everyone is revealing their true colors, for better or for worse, from the media (on all sides), to the Democrats and Republicans, to students on their campuses, to preachers behind their pulpits.

And as things in months ahead, 2020 promises to be a time of great upheaval and shaking.

But it can also be a time of holy upheaval and divine purging. A time when God’s people rise up with wisdom and insight and courage, transcending the political fray.

And it can be a time of growth and maturity, as we learn to find stability in divine truth rather than in circumstances, and we put our trust in eternal scriptural principles rather than fleeting human opinion.

Either way, 2020 will be quite a ride. I suggest you get yourself ready.