Younger Judicial Nominees Give Trump Chance for Legacy in Courts

“They all appear to be bright, young, capable conservatives," a Heritage Foundation legal scholar said of Trump's nominees. 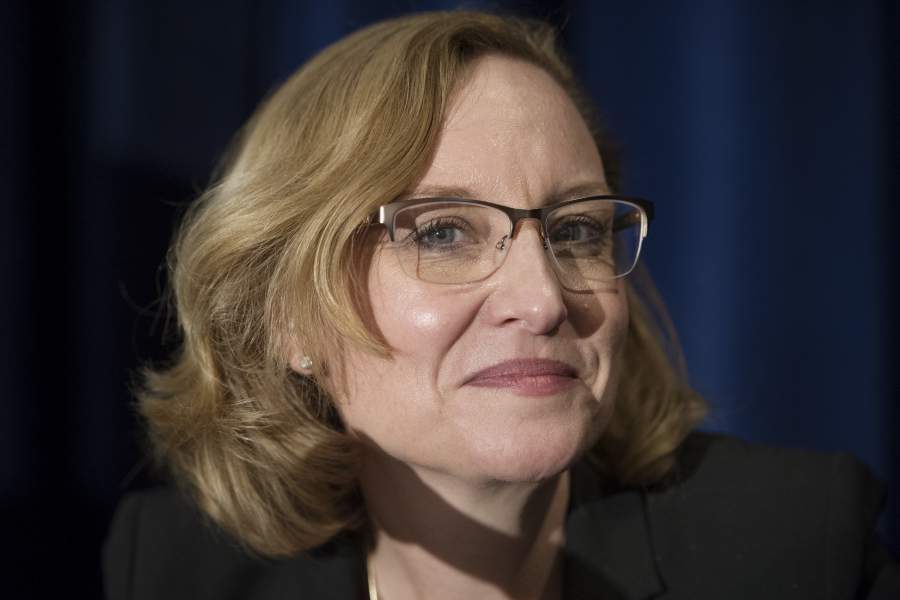 FILE - In this Nov. 17, 2016, file photo, Michigan Supreme Court Justice Joan Larsen prepares to speak at the Federalist Society's National Lawyers Convention in Washington. President Donald Trump on May 8, 2017, announced 10 judicial candidate nominations. If confirmed, Larsen of Michigan will serve as a Circuit Judge on the U.S. Court of Appeals for the Sixth Circuit.

President Donald Trump will begin to leave his mark on the lower courts of the federal judiciary with 10 nominees named Monday, many of them judges still in their 40s.

“The president followed the principles that were used to guide that list to select the additional eight individuals,” @PressSec says.

“They all appear to be bright, young, capable conservatives who promise to be outstanding judges; some are already judges,” John Malcolm, a legal scholar who oversees the Institute for Constitutional Government at The Heritage Foundation, told The Daily Signal earlier in the day.

The Heritage Foundation and The Federalist Society developed the list at Trump’s request.

Rounding out the appeals court nominees is Alabama’s former solicitor general, Kevin Newsom, 44, who clerked for Justice David Souter, nominated for a seat on the 11th Circuit.

These 10 individuals the president has chosen were chosen for their deep knowledge of the law and their commitment to upholding constitutional principles. Two of the nominees today came from the list of potential Supreme Court nominees that the president released during the campaign. … The president followed the principles that were used to guide that list to select the additional eight individuals.

Spicer said more judicial and other nominations are on the way.

“I think you will continue to see a very robust amount of announcements on not just the judicial front, but on several fronts,” he said.

Most Supreme Court justices previously served as appeals court judges. Also, the high court can take only a limited number of cases. So, circuit court nominees are highly important.

With more than 120 vacancies, the nominations can’t come too soon, said J. Christian Adams, a former Justice Department attorney who now is president of the Public Interest Legal Foundation, a conservative legal group.

“I’m in federal courts all the time. There are too many vacancies,” Adams told The Daily Signal. “So, we can’t have too many nominees.”

A Democratic  majority in the Senate eliminated that chamber’s filibuster for nominees to the district and circuit courts in 2013.

“With a Republican Senate, now is the best time to nominate solid judges,” Adams said. “There is no reason to wait.”

Trump seems to have his eyes on the future with these nominees, said Curt Levey, president of the Committee for Justice and a constitutional lawyer with FreedomWorks, a conservative advocacy group.

“It’s clear that the administration is looking at young nominees,” Levey told The Daily Signal. “Being an appeals court judge, if not on the short list, it puts you on the long list for the Supreme Court. … This administration seems to be making a bigger factor of age than previous administrations.”

Trump also nominated Damien Schiff, a lawyer with the Pacific Legal Foundation, a conservative legal group, to the U.S. Court of Federal Claims.

The nominees build on Trump’s success in getting another appeals court judge, Neil Gorsuch, confirmed to the Supreme Court just weeks ago, said Carrie Severino, chief counsel for the Judicial Crisis Network, who posted brief biographies of each of Monday’s nominees on National Review’s website.

“The nominees have stellar qualifications and a record of courageous commitment to the rule of law that will make them excellent additions to the federal bench,” Severino said. “When it comes to fulfilling his campaign promise to appoint strong, principled judges, Trump is knocking it out of the park.”

This report was updated after the White House announced  just after 7:30 p.m. Monday that President Donald Trump officially had made eight of the nominations and plans to make the other two.

Fred Lucas is the White House correspondent for The Daily Signal. Send an email to Fred.