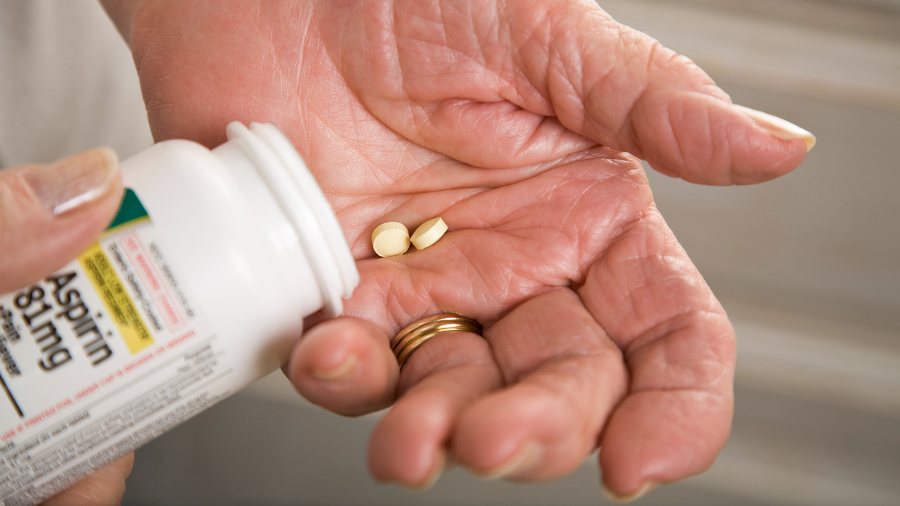 By Elizabeth Nemati Published on November 4, 2021 •

Requesting a religious exemption from a COVID-19 vaccine is now on the to-do list for many Americans. One Arkansas hospital recently made this more difficult.

Lots of employees objected to getting the COVID vaccination because the vaccines used fetal cell lines from abortions. The hospital management pushed back. They created a list of some very common medicines and vaccines, and claimed that these were also developed using cells from aborted babies. The list included familiar medicines such as aspirin, Tylenol, ibuprofen, Benadryl, Ex-Lax, and Tums. Employees who complained about fetal cells in the COVID vaccine were supposed to sign the list and pledge that they would never use those products. The point was to test their sincerity and weed out the ones who were really just “vaccine-hesitant.”

Other organizations might soon use this scheme. Last week, Jack Posobiec, a journalist who is a friend to ‘whistleblowers,’ obtained and posted audio of a call between White House and federal Justice Department staffers who were discussing this way of testing religious exemption requests. Their interest was clearly in finding ways to deny requests and get more people vaxxed.

Not Actually a Problem for Older Drugs

This may look like a serious problem for Christians, but it’s not. Happily, most products on the list were not developed using fetal cells. The key is to know the difference between testing used in the original development of a drug or vaccine, and testing done later by scientists who wanted to understand how it worked.

Acetaminophen (Tylenol) was first synthesized in 1877 — long before fetal cell cultures were used.

How could a hospital make this list and claim such things? It may have been inspired by an article written by Fr. Matthew Schneider in early 2021. He listed even more medicines, and footnoted each one with scientific journal article references.

However, Schneider failed to mention that none of the common medications, such as aspirin or Benadryl, depended on fetal cell cultures for their original development. Most of the articles reported how the drugs were studied later. Often the articles described experiments about how the medicine worked at a molecular or cellular level. This had nothing to do with getting or keeping the drug on the market.

Only four of the 38 drugs on Schneider’s list had references showing fetal cell use in their pre-market approval testing. These drugs all came to market within the last ten years. For the older drugs, the experiments using fetal cells had nothing to do with their original discovery or development. If a third-party researcher experiments on a drug using unethical methods, it doesn’t make it unethical for consumers to use it. That would be like refusing to own an umbrella just because someone, somewhere, had hit his grandmother with one. It’s nonsense for an employer to confront someone with ethical questions about experiments done on a drug long after it was introduced.

Here is another example, with a few technical details. Acetaminophen (Tylenol) was first synthesized in 1877 — long before fetal cell cultures were used. One hundred forty years later, a 2017 Nature article described research into whether acetaminophen targets the “TRPV1” irritant receptor found on cell membranes. The cells used were the HEK-293 fetal cell line obtained from an aborted baby. In that experiment acetaminophen was studied, but obviously not developed. This article is not evidence that fetal cells were essential to the discovery of acetaminophen. They were used to discover how acetaminophen works. Again, it is irrelevant to the religious accommodation request to bring up concerns about practices by researchers studying a medicine after it has come on the market.

Some Other Vaccines Do Have This Problem

Unfortunately, vaccines are a different matter. Traditional vaccine technology uses actual virus which must be grown in cell cultures. Fetal cells are frequently used for this. (Note that the fetal cells are not an ingredient in vaccines. They are the host in which the virus is grown.) In the new mRNA-based vaccines, Pfizer and Moderna used HEK-293 fetal cells to produce the spike protein in the research and testing phases. AstraZeneca and Johnson & Johnson vaccines were not only tested but also manufactured in fetal cells. So, all of the COVID vaccines used in the U.S. relied on fetal cells for their development.

The Arkansas hospital list included several other vaccines which are a concern. Zostavax, Varilrix, Havrix, and MMR are all on the “Abortion-Tainted Vaccines” list made by a pro-life advocacy group. Anyone who objects to the use of fetal cell lines will want to be aware of this. (The same group reports that none of the 2021-22 flu vaccines were grown in fetal cell culture.)

The “gotcha” tactic used by the Arkansas hospital is mostly phony. Christians who object to the use of fetal cells to grow vaccines may agree to avoid those in the future. Likewise, we should look at the origins of any new drug we might consider taking. But we can use older medicines such as aspirin, Tylenol, and ibuprofen in good conscience. Being accused of insincerity is just another attempt by progressive bullies to give us a headache.

Elizabeth Nemati was a development chemist in infectious disease diagnostics before having children and homeschooling them. She is wife to Bijan Nemati and the mother to five adult children, three daughters-in-law, and one granddaughter.