“No one knows the truth,” they say. “We’re all lost in the dark.” Christianity says there's a way out. 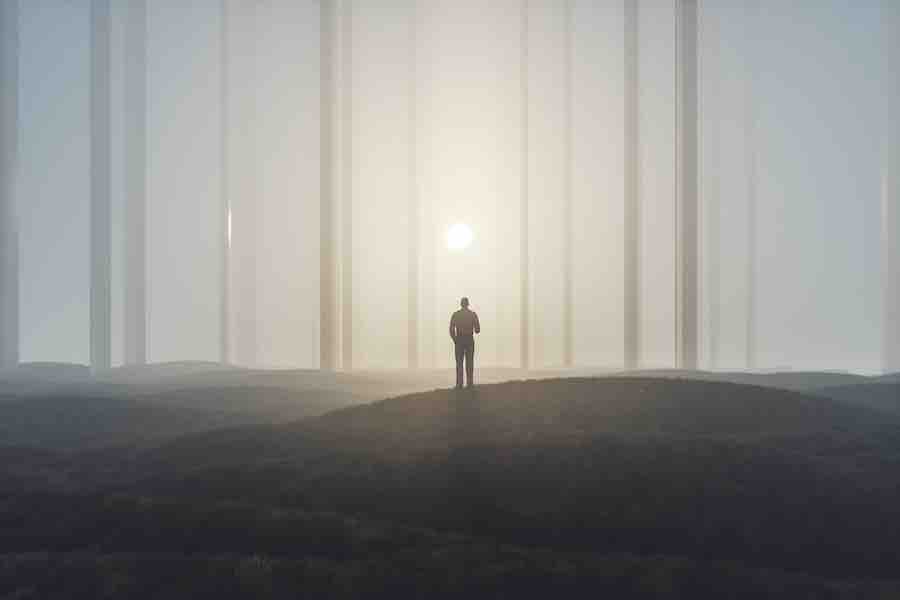 I knew when I started my series on countercultural truth, it was going to be hard getting it across to nonbelievers. It was worse than I expected. Christianity’s view on truth is so foreign, some of them can’t get it even when I repeat words like “reality” a couple dozen times.

There’s a lesson there for fellow believers. Two lessons, actually. First, we’ve got to be sure we’re not imbibing the culture’s view of truth. Christianity isn’t about personal truths. It’s not “our truth.” We don’t package it to suit ourselves; we yield to it and worship the One who sits at the center of it all.

Second, if we want to explain this to non-believing friends, we’d better pray for God to work in their hearts and minds so they can get it. Either that, or we’d better expect to take it slow. Real slow. Maybe you’re both speaking English, but it’s the next closest thing to a foreign language to them.

Fitting God in a Godless Picture

Part of the problem is that non-Christians want to fit our reality inside theirs. They want God to make sense from a godless perspective. Take, for example, the charge that we’re arrogant jerks for thinking we’ve got a grip on truth. They assume spiritual knowledge is all up to us to figure out. It doesn’t occur to them what happens if God gets in the picture.

Here’s how they tend to view it. Ultimate truth — the real truth about God, the afterlife, the right way to live today — is all too huge for any one individual or even one religion. All religions have their own piece of the truth, yet if you add them all together, you’ve still got nothing more than a wisp, a dream, a foggy tendril of the real truth about God or reality. Because no human could possibly penetrate the depths far enough to know what’s really there.

I’m confident someone will answer me here, saying, “That’s a nice theory. Assume there’s a God, then assume He’s spoken to you, and you can assume you’ve heard truth. But it’s all assuming. Lots of religions claim to know God. How do you know you’re the ones who are right?”

It’s a great question, and I’ll come to it later in this series. But we’ve already proved we have to take it slow. This article tries to explain one thing, and one thing only: that it’s possible for people to understand something of the reality of God, if God takes the initiative to reveal it. I’m content if we get that far this time. The series will continue.

State it that way, and it all sounds so terribly humble. Then along come we Christians, who say we’ve got a line on ultimate reality. How arrogant can people get?

Posing it Wrong in the First Place

And I answer, that’s just as right as it could be. And it’s just as wrong, too, both at the same time. Secularists are right about this: We didn’t get that truth by diving personally into the murky shoals of reality and bringing the Truth up to the surface between our teeth. That’s way beyond us.

But they’re wrong to pose the question that way in the first place. They set it up as if everything were up to us. The assume that if we can’t figure out God or His truth for ourselves, then we can’t know God at all. We can’t know His truth. Period.

Which is exactly what I meant about trying to make sense of God from a godless point of view. It’s a bold slap in the face of God. It mutes Him. It says He’s the passive one. He has to wait silently on some celestial sidelines until we humans finally find Him.

He can’t do a thing to help us. Maybe He’s not smart enough. Maybe He’s short on that power. Or so the secularists imply.

Who’s the Arrogant One Now?

So who’s being arrogant now? Yes, if someone says he’s personally got what it takes to figure out God, he’s being foolish, rude, and every other bad name you want to throw at him. But is it “humble” to tell God He’s got nothing to say to us? That He has to wait and wait, hoping we’ll finally get something right about him — while everyone knows that’ll never happen?

Understand, O dullest of the people!
Fools, when will you be wise?
He who planted the ear, does he not hear?
He who formed the eye, does he not see?

It doesn’t take much thought to imagine the psalmist adding, “He who made the mouth, does he not speak?” And indeed, the psalm goes on to say:

He who disciplines the nations, does he not rebuke?
He who teaches man knowledge —
the Lord — knows the thoughts of man,
that they are but a breath.

God’s teaching comes in many ways, but the greatest, most trustworthy, is the Bible. And Jesus is the clearest picture of God any living human has seen. God took the initiative. He came, He taught, He inspired others to teach. He revealed Himself in His own way, on His own terms.

So is it really possible for Christians to say, “We know something about God,” and say it humbly? If there’s any truth to Christianity, then yes, of course it’s possible! To deny it would hardly be humble; it would be slapping God in the face. Of course it’s also possible to claim the truth arrogantly, but those who do that only reveal how little they understand.

When Christians say we know some of God’s truth, we’re only repeating the main theme of God’s relationship to us. He has the initiative. We need Him. For everything — including spiritual knowledge. He supplies our needs, if only we’ll trust Him to do it. Humbly.

Part of a series on Countercultural Truth