Ending the workweek with a reflection on work. 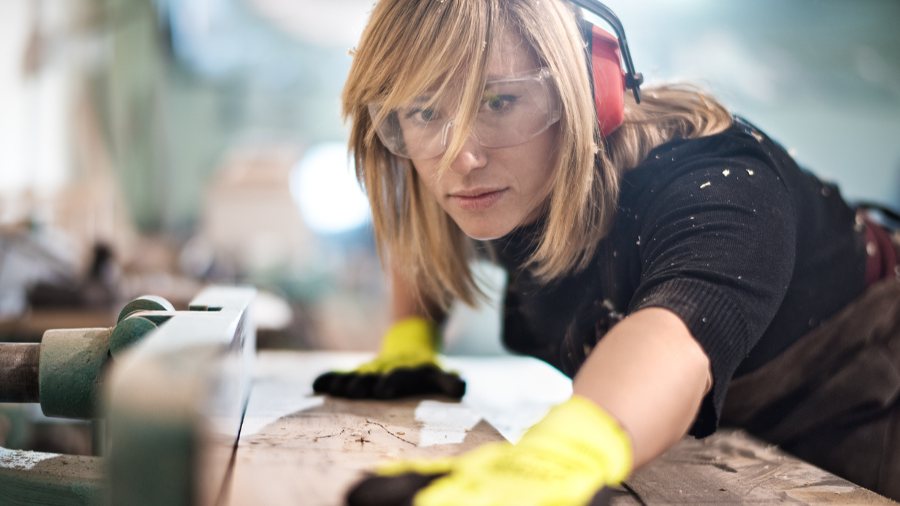 In his recent essay about the fall of the Soviet Union, Heritage Foundation scholar Joseph Loconte wrote, “At the heart of the communist vision… is a degrading reductionism. Human beings, we are told, are motivated supremely by material needs.”

Having just taught a seminar here at Wyoming Catholic College on the theology of work, it occurs to me that this Marxist anthropology is baked into the Western understanding of human nature. It’s the socialist’s vision, the capitalist’s vision, and far too often the Christian’s vision.

Think about our language. No one puts up a fuss when we humans are referred to as “consumers,” “human resources,” and “users.” Why? Because we’ve become comfortable with being nothing more.

Writing in 1942 in England in the midst of wartime austerity, Dorothy L. Sayers asked, “Can you remember — it is already getting difficult to remember — what things were like before the war?” We were wasteful, she reminds her readers: replacing rather than mending, buying the latest fads, recycling nothing, shopping as entertainment. “The advertisements imploring and exhorting and cajoling and menacing and bullying us to glut ourselves with things we did not want, in the name of snobbery and idleness and sex appeal?”

Money and the status that comes with busyness are, after all, life’s little report card.

Her essay, “Why Work?” is less an indictment of consumer culture than of the notion of work that underlies it. The consumer works because he or she is “motivated supremely by material needs.” And this, Sayers pointed out, is what allows a peacetime economy to thrive. Valuable work produces the most buying power (with the least effort and sacrifice).

The solution, she argued is changing our — and by our, Sayers means Christians — thinking from work to make money to work “as a way of life in which the nature of man should find its proper exercise and delight and so fulfill itself to the glory of God. That it should, in fact, be thought of as a creative activity undertaken for the love of the work itself; and that man, made in God’s image, should make things, as God makes them, for the sake of doing well a thing that is well worth doing.” [Emphasis added]

Sayers’ essay rightly critiques our current extremely materialistic consumer culture: value the work not simply the salary and the stuff it buys.

“The World of Work is Becoming the Entire World”

Having said that, however, it seems that 80 years after Sayers wrote we have a new problem. Never having read Sayers, we’ve taken her message (sans the Christianity part) and turned work into a false religion.

Philosopher Josef Pieper wrote Leisure: The Basis of Culture five years after Sayers. He lived in Berlin and he also examines the place of work, concluding “The world of work is becoming the entire world.”

In his essay “Workism Isn’t Working,” Michael Toscano notes, “We might imagine Pieper in a flat in West Berlin, looking down into Soviet-occupied territory to the East as he wrote these words, fearing for the spread of the totalitarian ‘world of work’ — the socialist world — and seething at its tightening grip upon millions of German people.” That is, observing Communism’s “degrading reductionism.”

“But in fact,” Toscano goes on, “Pieper was observing the effects of the Marshall Plan and the rebuilding of the West. From within liberal capitalism, he saw emerging a totalitarian spirit that threatened to remake everything in the name of work.”

That totalitarian spirit, that “degrading reductionism,” Toscano argues, is triumphant today: “Workism is a new word, and it’s a good one. It captures the spirit of our elites, who from childhood are raised to be workers for work’s sake. Work is their priority, their imperative, their strategy, their solution, their delight, their governing philosophy.”

Any change in that will require nothing short of a revolution in our understanding of human nature, human work, and, above all, human leisure.

Pieper wrote, “Leisure, it must be clearly understood, is a mental and spiritual attitude… it is not the inevitable result of spare time, a holiday, a weekend, or a vacation. It is, in the first place, a condition of the soul.” Later he goes on, “Leisure can only be made possible and justifiable on the same basis as the celebration of a festival. That basis is divine worship.”

There it is. We will worship. We will give ourselves to consuming things, experiences, and (let’s be honest) people, using work as a means. Or we’ll give ourselves to the work in an idolatrous religion, making “24/7” the center of our lives and identities. Or we’ll lose the “degrading reductionism” of human as worker for the higher, yea the highest calling: divine worship of the One True God.

N.B. I want to thank the Wyoming Catholic College juniors for their thoughtful insights into Sayers’ essay. Our lively class discussion challenged and stimulated my thinking resulting in this column. Docendo discimus.

Let’s Examine Our Motivations for Work