Words From Pope Francis, on the Fourth Anniversary of His Election 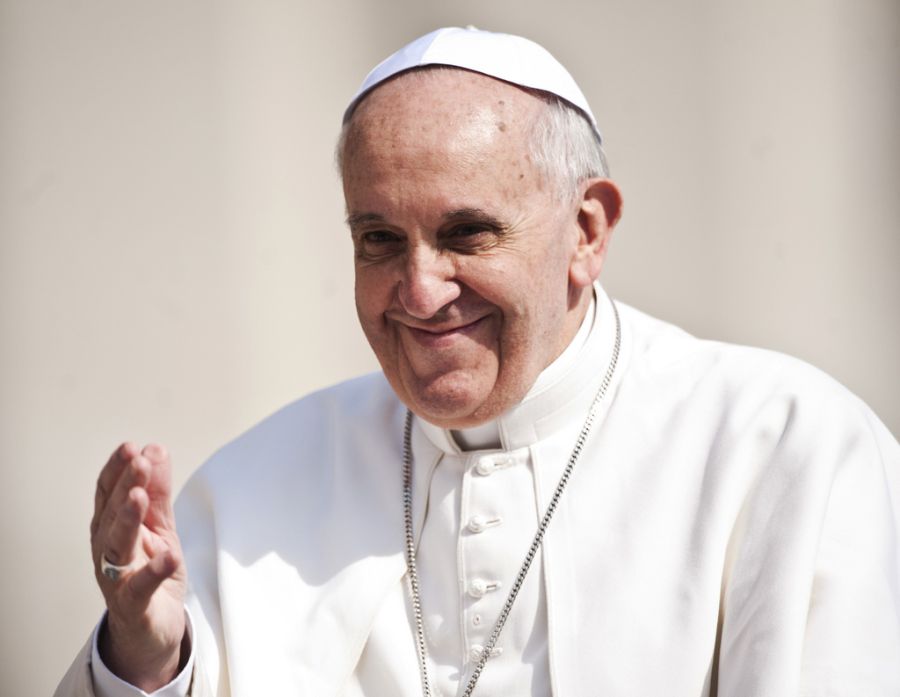 Jorge Bergoglio, then the archbishop of Buenos Aires, became pope four years ago today. He has been a very vocal bishop, which pleases his admirers and upsets his detractors, but keeps everyone talking.

Here’s a tiny selection from his teaching ministry as archbishop and as pope. The selections focus on evangelization (as Catholics call what their Protestant brothers call evangelism). The sources with links appear at the end. If you want more, here’s a long list of quotes from Francis compiled by the American Catholic bishops. You can follow him on Twitter.

I never tire of repeating those words of Benedict XVI which which take us to the very heart of the Gospel: “Being a Christian is not the result of an ethical choice or a lofty idea, but the encounter with an event, a person, which gives life a new horizon and a decisive direction.”

Thanks solely to this encounter … we are liberated from our narrowness and self-absorption. We become fully human when we become more than human, when we let God bring us beyond ourselves in order to attain the fullest truth of our being. Here we find the source and inspiration of all our efforts at evangelization. For if we have received the love which restores meaning to our lives, how can we fail to share that love with others?

The Decalogue is not a set of negative commands, but concrete directions for emerging from the desert of the selfish and self-enclosed ego in order to enter into dialogue with God, to be embraced by his mercy and then to bring that mercy to others. … The Decalogue appears as the path of gratitude, the response of love,

A very wise priest once told me that we were facing a situation that is the complete opposite of the Parable of the Lost Sheep. The shepherd had ninety-nine sheep in his flock and went out to search for the one that was lost; we have on in the flock and ninety-nine that we are not searching for. I sincerely believe that in this day and age, the most basic thing for the Church is not to reduce or limit the requirements or make this or that easier, but to go out and seek people, to know people by name.

The Church is faithful to her Master to the extent that she is a Church which “goes forth,” a Church which is less concerned about herself, her structures and successes, and more about her ability to go out and meet God’s children wherever they are, to feel compassion for their hurt and pain. God … hears the cry of his people and he intervenes to set them free (Ex 3:7). The Church … is meant to be a Church which evangelizes, goes out to encounter humanity, proclaims the liberating word of the Gospel, heals people’s spiritual and physical wounds with the grace of God, and offers relief to the poor and the suffering.

It’s browsing the display rack in the religious supermarket. It’s religion as a consumer good, which I believe is very much linked to some kind of vague theism as part of the New Age movement, a mixture of personal satisfaction, relaxation, and “well-being.” …

All this indicates a lack of a personal connection with God, of an authentic religious experience. This is what I believe is at the heart of “religion à la carte.” I believe you have to reclaim the religious event as a  movement toward an encounter with Jesus Christ.

One of the questions I always ask young parents during confession is whether or not they spend time playing with their children.

The Word of God: this has the strength to defeat Satan. For this reason, it is important to be familiar with the Bible: read it often, meditate on it, assimilate it. …

Indeed, if we had God’s Word always in our heart, no temptation could separate us from God, and no obstacle could divert us from the path of good. We would know how to defeat the daily temptations of the evil that is within us and outside us. We would be more capable of living a life renewed according to the Spirit, welcoming and loving our brothers and sisters, especially the weakest and neediest, and also our enemies.

Nor does the light of faith make us forget the sufferings of this world. How many men and women of faith have found mediators of light in those who suffer! So it was with Saint Francis of Assisi and the leper, or with Blessed Mother Teresa of Calcutta and her poor. … In drawing near to the suffering, they were certainly not able to eliminate all their pain or to explain every evil. Faith is not a light which scatters all our darkness, but a lamp which guides our steps in the night and suffices for the journey.

To those who suffer, God does not provide arguments which explain everything. Rather, his response is that of an accompanying presence, a history of goodness which touches every story of suffering and opens up a ray of light. In Christ, God himself wishes to share this path with us and to offer us his gaze so that we might see the light within it.