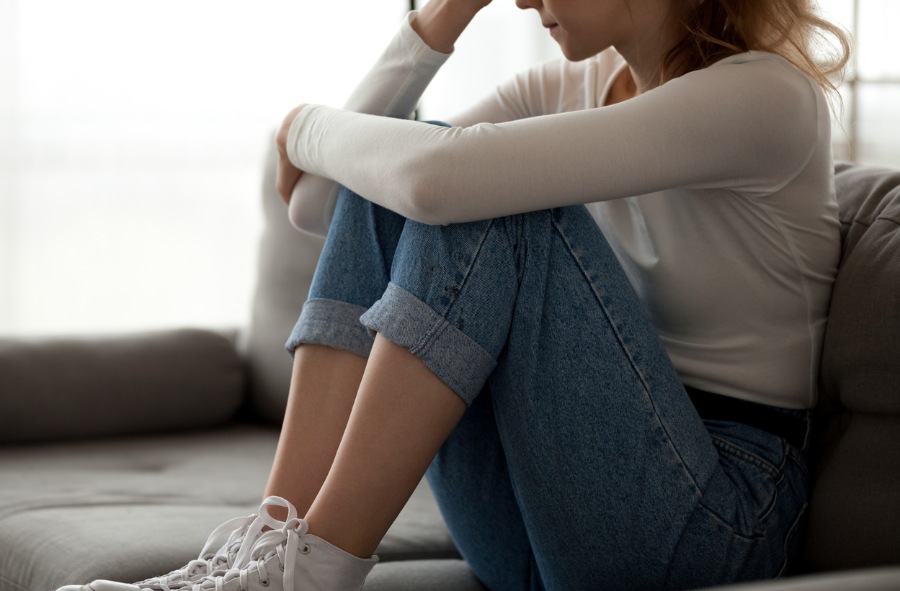 In 1981, Pam was a 24-year-old college graduate with a fiancé and a bright future when she found herself facing an unplanned pregnancy. “Society told me I could ‘do it all’ — including choosing to have a legal abortion thanks to Roe v. Wade. I felt in control of my future and my body,” Pam said.

Pam and her soon-to-be husband were nervous about the pregnancy. “We weren’t ready to start a family yet because of our new careers and worried what others, including family, would have thought if I was pregnant before we got married,” Pam said.

Despite that, Pam still felt uneasy about having an abortion. “Although it all made sense with my justifications, I still had an ominous feeling in my heart that it just wasn’t right,” Pam said.

The procedure felt impersonal, Pam explained. “There was no counseling offered and we didn’t tell a single person. As a result, life would be forever changed for us. For me, there was immediate physical pain to deal with for almost two days. At about 8 weeks pregnant, I don’t even know which abortion procedure they performed — no one told me and I didn’t ask. How is that for being in control of your body?”

The repercussions of the abortion stayed with Pam long after. “After the pain subsided, I began to feel intense guilt, regret and shame. I buried it all deep inside of me when I went back to work two days later. On the outside, I was the same person, but on the inside, I would never be the same. Suddenly, I didn’t feel like I ‘had it all’ anymore.”

A Recommendation to Abort

Ten years later, Pam and her fiancé were married with two daughters. “On the outside, we were the picture-perfect all American family, but the dark secret my husband and I shared was still there. It was like a cancer in our marriage.” Then, they found out they were pregnant again. At their 18-week sonogram, they were told that the baby had a congenital condition that would result in death in the womb or shortly after birth. The recommendation was to abort.

“We left the specialists’ office that day numb, making the second irreversible, life-changing decision for our lives and our unborn baby girl. This time we knew the sex and already had a name, she would have been Sally,” Pam said.

“For this therapeutic abortion, I was induced to deliver the baby at a hospital but knew she would not be born alive when the procedure was through. It was all the pain and emotion that childbirth is without the joy or child at the end. Our daughters, family and friends grieved with us for the loss of this baby. For me, the despair and depression set in almost immediately,” Pam said.

Pam explained that her marriage shortly ended after the second abortion. “Within a year, our 11-year marriage was ending in divorce. The guilt and sadness were too much for our marriage to bear. How could we have had an abortion for the second time — where was my choice in this? Instead of feeling in control and empowered, I felt desperate and hopeless because of this choice,” Pam said.

Today, Pam still has occasional nightmares about the babies she lost to abortion, but she has found hope and healing from the abortion recovery program known as Rachel’s Vineyard. “Through this incredible journey that healed my soul, I now know and believe that I am forgiven by my loving and merciful God,” Pam said.

Despite her healing, Pam states, “But make no mistake, there is nothing empowering about the ability to have an abortion — my experience has shown that it is emotional bondage, crippling to a woman’s psyche and can destroy marriages and families. It is a decision that will forever change the lives of everyone involved whether it is an abortion from a month ago — or 38 years ago.”

Abortion is never necessary, but during a crisis such as the coronavirus more women may feel pressured to have one. The lasting harm caused by abortion can cause immense pain, which is a horrible burden to put on a woman during the already stressful time of the COVID-19 pandemic. During a time when many families and friends are socially distancing, the mourning period after an abortion and the psychological impact a woman bears should not be borne alone.

To support The Justice Foundation’s campaign to end abortion and overturn Roe v. Wade, please visit www.themoraloutcry.com and sign their petition. To learn more about the women who are part of the Operation Outcry movement to give a voice to those injured by abortion, please visit www.operationoutcry.com.

Olivia Briscoe is a freelance writer who lives in the beautiful state of Virginia with her husband and daughter. Olivia has been published in LifeSiteNews and the online newspaper Potomac Local and has written blog posts for pro-life organizations.

How Americans Think About Abortion, and What Pro-Lifers Must Learn