Liberal and conservative parents are pushing back on leftist ideology in public schools. 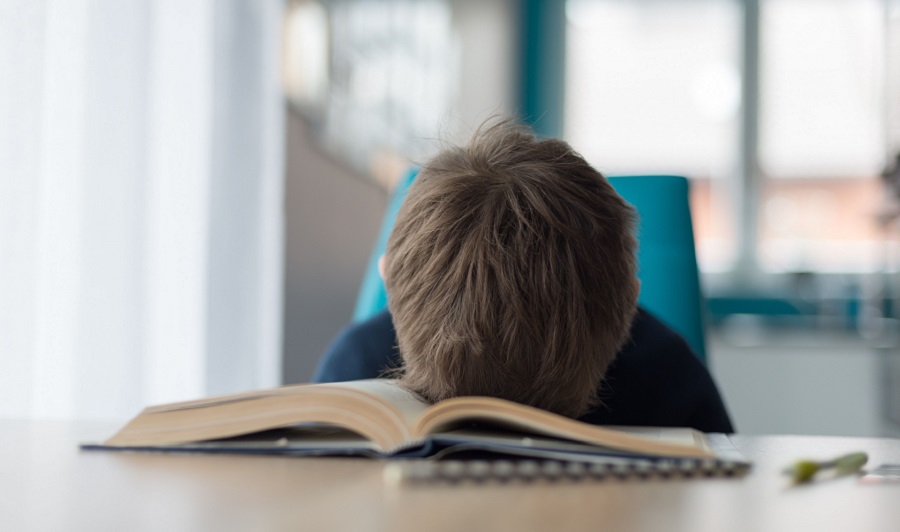 Are your children “woke” yet? They may be soon, if some educators have anything to do with it.

Fatima Morrell is an associate superintendent of culturally and linguistically responsive initiatives for Buffalo Public Schools in New York. She has created and implemented curriculum that pushes Black Lives Matter ideology to students, forces teachers to complete “antiracist” training and teaches students that “all white people play a part in perpetuating systemic racism,” among other leftist ideas.

Investigative journalist, filmmaker and a contributing editor for City Journal, Christopher Rufo wrote several articles on Critical Race Theory and “woke” education within schools. Rufo explains in his article, “Fail Factory,” that “Buffalo school administrators have adopted fashionable new pedagogies: ‘culturally responsive teaching,’ ‘pedagogy of liberation,’ ‘equity-based instructional strategies,’ and an ‘emancipatory curriculum.’” All of those terms add up to “woke” education, according to Morrell.

A teacher in the district spoke with Rufo, but remained anonymous out of fear of retribution. According to the teacher, the training by Morrell became a time of “scoldings, guilt-trips, and demands to demean oneself simply to make another feel ’empowered.’” Fox News also reported last year that Morrell explicitly stated that one of her goals was “the disruption of Western nuclear family dynamics.” Morrell, and other school districts, now rely on “woke” curriculum, such as “Woke Kindergarten.”

Akiea Gross, a self-described “abolitionist educator,” has created a pedagogy she calls “Woke Kindergarten.” Woke Kindergarten is “a global, abolitionist early learning community, creative expanse and consultancy supporting children, families, educators and organizations in their commitment to abolitionist early education and pro-Black liberation.” In one of many teaching videos on her website, she tells kindergartners that her pronouns are “they/them” and that the kindergartners should choose their own pronouns. Further, Gross has posted “Woke Read Alouds” for small children, from which they can learn “liberatory, abolitionist” ideology. “These read alouds are meant to be facilitated with young children on the first read at minimum,” she states on the website.

Antiracism in the Classroom

Rufo obtained lesson plans from the Buffalo school system. He said they were even more divisive. “In kindergarten, teachers ask students to compare their skin color with an arrangement of crayons and watch a video that dramatizes dead black children speaking to them from beyond the grave about the dangers of being killed by ‘racist police and state-sanctioned violence.’” By fifth grade, students are taught that America has created a “school-to-grave pipeline,” and that there are a million black people “locked in cages.”

In middle and high school, students are taught about “systemic racism.” They are also taught that “the United States ‘created a social system that had racist economic inequality built into its foundation,’ and that ‘the [current] wealth gap is the result of black slavery, which created unjust wealth for white people,’ who are ‘unfairly rich.’” Also in later grades, white students are told to atone for their whiteness and to advocate for “antiracism.”

If the term “antiracism” sounds like something positive, it isn’t. “Antiracism is not the same as not racist or being against racism,” Erika Sanzi told The Stream. Sanzi is the Director of Outreach at Parents Defending Education, a new grassroots organization dedicated to fighting indoctrination in the classroom. “Antiracism requires you to essentially agree that the only way to fight discrimination or end discrimination is with more discrimination. So, antiracism is very much about actively working to dismantle systems and structures based on the belief that every single system and structure in the United States is built on a foundation of white supremacy.”

Evolve or be Fired

The Beaverton School District in Oregon requires teachers to have training on the subject of antiracism. During an “ABAR” (anti-bias, anti-racism) session, middle school teacher and speaker Katherine Watkins said, “If you’re not evolving into an antiracist educator, you’re making yourself obsolete in this field of profession.” She added, “If you’re going to keep with those old views of colonialism, it’s going to lead to being fired. … so you either evolve or dissolve.”

Equity is another term that sounds great, but it isn’t in practice. “I have to admit that I was an equity fan when the word meant something different to me than what it apparently means now,” Sanzi said. “They’ll use it to mean fairness and justice, but it will often be used really to mean equality of outcomes. Some school districts are explicit about that.”

What does equity look like? The Virginia Department of Education (VDOE) is eliminating all of the accelerated Math courses before 11th grade, reported Fox News. “Only in 11th and 12th grade is there any opportunity for choice in higher math courses,” Loudoun County school board member Ian Serotkin posted on Facebook. This means that, instead of “no child left behind,” it’s “no child pulls ahead.” This will specifically harm STEM students. A Loudoun parent spoke with Fox News on the condition of anonymity. This parent worried that pulling accelerated math classes would “lower standards for all students in the name of equity.” Virginia is now considering eliminating advanced diplomas for gifted students.

“It’s a race to the bottom,” Asra Nomani, former Georgetown professor, told Fox News’ Laura Ingraham on “The Ingraham Angle.” Virginia’s leadership has decided that any kind of advanced learning is an injustice. “They have failed black and Hispanic students and so their solution is to try to bring those that are excelling down, instead of bringing our most challenged kids up.”

Parents and Teachers are Pushing Back

She’s also seeing reports of fourth-grade students being taught that just because they have a penis doesn’t mean they’re a boy. But even that isn’t young enough for some educators.

“What we’re talking about is really young children.” Like the “Woke Kindergarten” age group. “[Gross] basically tells the little kindergartners, you know, ‘You need to use the right pronouns.’”

Parents — from both sides of the political aisle — are getting fed up with the indoctrination and are pushing back, explained Sanzi, a self-described political centrist. They’re reporting to Parents Defending Education, but also writing letters and making phone calls. “A lot of the people publicly speaking out about [this] are public intellectual types [who] would call themselves classical liberals and they would not use the word progressive. And they would definitely not use the word woke. And they would say that the left has gone crazy.”

One father, Andrew Gutmann, not only pulled his daughter out of an expensive private school over the indoctrination, but wrote a letter to all the parents whose kids attended Brearley school in New York. Writer Bari Weiss published the letter in full on her blog. Among Gutmann’s complaints was this:

I object, with as strong a sentiment as possible, that Brearley has begun to teach what to think, instead of how to think. I object that the school is now fostering an environment where our daughters, and our daughters’ teachers, are afraid to speak their minds in class for fear of ‘consequences.’ I object that Brearley is trying to usurp the role of parents in teaching morality, and bullying parents to adopt that false morality at home. I object that Brearley is fostering a divisive community where families of different races, which until recently were part of the same community, are now segregated into two. These are the reasons why we can no longer send our daughter to Brearley.

What are Red Flags for Parents?

Parents should look out for terms used by their children’s schools that point to an environment of “wokeness.” These terms are equity, microaggression, implicit bias and whiteness. Parents should also keep their ears open for three words used together: diversity, equity and inclusion. Diversity, equity and inclusion “all sound like good words, [but] that is the name for what has become a multi-billion dollar industry,” said Sanzi. “It’s usually a sign that the school is either barreling in the direction of or heading in the direction of [wokeness].”

Sometimes school boards will implement woke education unknowingly, because “diversity, equity and inclusion” sound good. “And now they’ve got, you know, FOIA (Freedom of Information Act) requests coming in. They’ve got … lawsuits coming in. They’ve got irate parents.” And they’re not just white parents. “A lot of people just don’t want to see people based on labels and boxes.”

“What we’re really talking about are immutable traits that are protected under federal law. So there should be no discrimination based on immutable traits. … And what has happened is like they’ve started calling any sort of disagreement hateful speech and they say it does harm and that they don’t feel safe. So that means that the person who simply disagrees with the premise is kind of silenced on this, on this false basis that they’ve created an unsafe space and that they’re causing harm.”

But the uptick in parents’ complaints has Sanzi and Rufo warning those who teach wokeness in schools. “The ‘anti-woke’ movement is gaining momentum and building an infrastructure to contest this ideology in government, schools, and academia,” said Rufo. “Against the critical race theorists, we have begun to marshal investigative reporting, lawsuits, legislation, and parental activism — all in defense of American principles.”