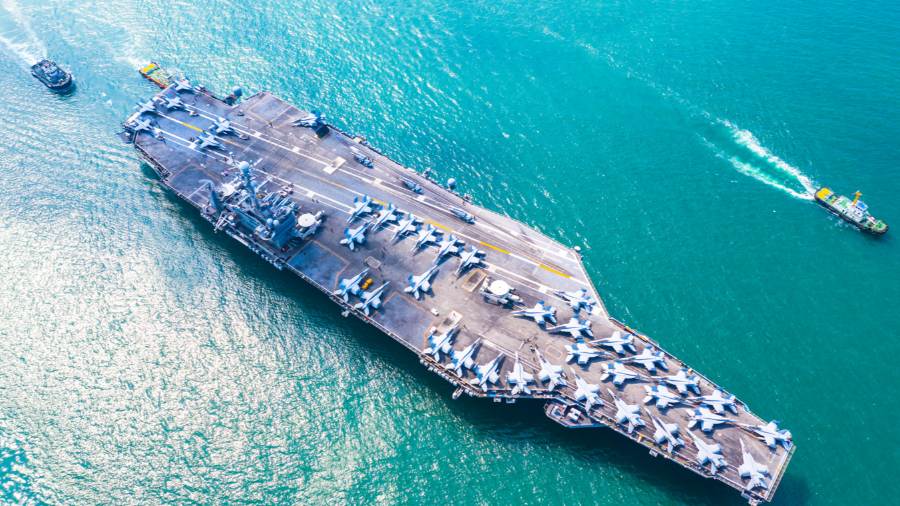 China is rapidly building its navy, and now has two aircraft carriers, double Russia and France’s counts. Not that we can expect to go to war with France anytime soon. Though with what Macron has been saying about the USA, you never know. About that, more below.

The other two countries are live possibilities, though. What is our great Navy doing about them?

I’ll tell you what: they’re preaching the gospel of “Inclusion and Diversity.” The brass are ensuring “Sailors feel included, respected and empowered.” Boot camp will sure be different than the old days when recruits experienced the very opposite of these three things.

The Navy is doing “deep dives” — not with submarines, no; that’s old-fashioned. These non-aquatic plunges are “in areas ranging from women’s policy issues to naming of ships, buildings and streets.”

The Navy, just like all the best universities, has created a woke bureaucracy.

It’s not clear to amateur naval strategists like myself how renaming streets on American naval bases so that they’re more inclusive will help sink or capture enemy vessels, but the key word is amateur. The people who put together the directive “Task Force One Navy” (TF1N) are professionals.

Yes, sir. Genuine, bona-fide military pros. Of the kind who “set out to analyze and evaluate issues in our society and military that detract from Navy readiness, such as racism, sexism and other structural and interpersonal biases to attain significant, sustainable I&D-related reform.”

Interpersonal biases! How these can still exist in the Age of Biden is a question worth investigating.

Nice Report You Have There, Sailor

Just what is TF1N? Let’s let the Navy Times answer that one.

Following the death of George Floyd, a Black man prosecutors say was killed by a white Minneapolis police officer while in custody in May 2020, and the national unrest that soon followed, service leaders established Task Force One Navy to address systemic racism within the service, evaluate racial disparities in the military justice system, and examine the fairness of the promotion and advancement process to eliminate “destructive biases.”

Nice to see the press doesn’t deviate far from its propaganda roots, even in military journalism. Career-criminal Floyd was not, I believe, ever in the Navy, or in any branch of the armed forces. And it wasn’t the Shore Patrol that arrested Floyd on his fateful day.

Clever touch to say that prosecutors say Floyd was killed by cops. They did say that, but it doesn’t appear to be true, and forgets the evidence that points to Floyd’s own excesses as leading to his death.

Good news is there is no “systemic racism” in the service. So it ought to be easy to address. Which the Navy did, in the 141 short pages of TF1N.

What are some of its other recommendations? The Navy Times quotes Vice Adm. John Nowell Jr.

Even fewer people know the next part. When the standards are lowered, as they must be else the quotas can’t be met, officials absolutely always issue statements saying the original standards were never really needed.

Yes, sir, it did. “Another idea floated [in TF1N] is to craft a ‘whole person’ evaluation blueprint that avoids relying too heavily on standardized tests, and instead focuses on character and other leadership attributes.”

TF1N also goes on about how meaningful and important “sexual orientations” are, and how the Navy welcomes all of them. And indeed needs them (well, there were rumors for many years).

Funny, they never say how a man desiring to have sex with his pet goat, or with a child, will benefit fighting ability. But zoophilia and pedophilia are orientations, and if orientations help keep ships afloat, who can argue?

Those who are threatened, as France surely is, often resort to force. So that quip about war might not be far wrong.

If if comes to war, even though the USA outguns France, my money is on France’s navy. Ours will too busy dressing up our ships to attend “pride” parades.