Without Training, the Church Will Create More Jon Steingards 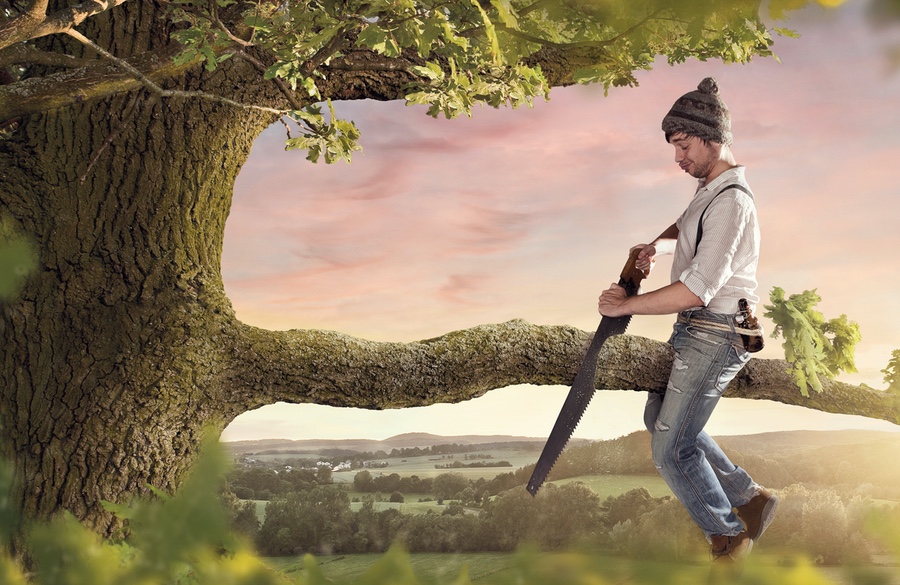 Recently Jon Steingard made headlines after he announced over Instagram that he had lost his faith. Steingard was the lead vocalist of the Christian music group Hawk Nelson, which became popular in the early 2000s. Since they had so many fans, this obviously sent shock waves over social media.

In the post, Steingard gives several reasons why he no longer believes. He does ask some challenging questions when he writes, “If God is all-loving and all-powerful, why is there evil in the world? Can he not do anything about it? Does he choose not to? Is the evil in the world a result of his desire to give us free will? OK then, what about famine and disease and floods and all the suffering that isn’t caused by humans and our free will?”

Philosophers call this the problem of natural evil, and I think it’s one of the bigger challenges out there. That said, I think it’s been addressed successfully. But I do get that not everyone is going to be convinced by every answer given for natural evil.

But what I want to address is another objection Jon brought up, because it raised a red flag. He wrote:

“Why does God seem so p***sed off in most of the Old Testament, and then all of a sudden he’s a loving father in the New Testament? Why does he say not to kill, but then instructs Israel to turn around and kill men, women, and children to take the promised land? Why does God lead Job to suffer horrible things just to win a bet with Satan?! Why does he tell Abraham to kill his son (more killing again), and then basically says, “Just kidding, that was a test”?”

Twisting Texts 1: “Why is God nice in the Old Testament, but always angry in the New Testament?”

So there’s inconsistency with the mean God of the OT and the nice, friendly Jesus of the New. Or is there? Let me run a similar argument to Steingard’s:

“Why is God always ticked in the New Testament, but a loving husband in the Old? Why does Jesus say not to kill, but then he turns around and says “I will throw her onto a sickbed, and those who commit adultery with her I will throw into great tribulation unless they repent of her works, and I will strike her children dead. And all the churches will know that I am he who searches mind and heart, and I will give to each of you according to your works.”

And why does God kill Ananias and Sapphira, even though they gave away half of their property to the church?! Why does he allow Paul to turn a man over to Satan for “the destruction of his flesh” just because a man was in a relationship outside of marriage? (Is this some kind of sick bet?) And why does God allow the Corinthians to become sick and die young, (more killing again) because they took communion wrong?

In the Old Testament God’s a loving husband, who even stays with Israel even though she’s accurately depicted as a faithless prostitute in Hosea. He says he’d tattoo her on the palms of his hands, and sing over her with joy. He even just forgives the Ninevites even though they had done terrible things in the book of Jonah. In the Old Testament, he’s a good shepherd who will follow Israel with goodness and mercy all the days of their life.

Twisting Texts 2, or, How Could Steingard Not Know?

So you see, we can easily twist the texts and run this argument of Steingard’s in reverse. But here’s what’s confusing to me. His father and father-in-law are both pastors. Steingard was a Christian his entire life. How can he not be aware of these verses?

I bring this up to say there’s no disconnect between Yahweh of the Old Testament and the Jesus of the New. The reason God seems harsh under both covenants is that he doesn’t change, he always hates sin. But he still delights in showing mercy. He’s patient and kind in both testaments, not willing that any should perish. (2 Peter 3:9) As Paul writes in Romans 11:22, “Note then the kindness and the severity of God: severity toward those who have fallen, but God’s kindness to you, provided you continue in his kindness. Otherwise, you too will be cut off.”

A Cultural Recipe for Apostasy

I can’t say for sure, but judging from his statements, it’s as if Steingard had only considered one side of God’s character. Indeed, when you look at a lot of the seeker-friendly movement, all you hear is the side of love. So perhaps reading these passages in the Old Testament came as a shock. But it shouldn’t; not when you read the entire New Testament.

It also seems that in our Western-democratic culture, our belief and confidence in the powers of our intellect has increased dramatically. We think we can play armchair God. We assume we know and would do better. As Charles Taylor has observed, only in our modern era do we get “the certainty that we have all the elements we need to carry out a trial of God.”

Steingard is Sawing Off the Branch He’s Sitting On

But we can’t just assume that a God beyond our understanding can’t exist. Not without begging the question. By abandoning faith in God, Steingard has put his faith instead in his ability to reason and judge God. But this isn’t a better foundation.

As Douglas Wilson has written,

If there is no God, then all that exists is time and chance acting on matter. If this is true then the difference between your thoughts and mine corresponds to the difference between shaking up a bottle of Mountain Dew and a bottle of Dr. Pepper. You simply fizz atheistically and I fizz theistically. This means that you do not hold to atheism because it is true, but rather because of a series of chemical reactions. … We have no reason for assigning truth and falsity to the chemical fizz we call reasoning or … morality. If no God, mankind is a set of bi-pedal carbon units of mostly water. And nothing else.”

In other words, Steingard has tragically sawn off the branch he was sitting on. … If atheism is true, we’re all dancing to the music of our DNA, as Richard Dawkins says. …

The Church Needs To Do Better

As Christians, we can do better in several areas: We need to poke holes in atheism and show where the greater absurdities lie. Hint: Not with Christianity. Naturalism removes the foundation for reason and morality that secularists so greatly cherish. (A book I’d highly recommend for this topic is Mitch Stokes’ How to Be An Atheist.)

It’s also notable that Steingard said nothing about the evidence for the resurrection. It doesn’t matter if we always like what we find in the Bible if Jesus rose from the dead. We have to teach on these bedrock truths of our faith.

And finally, pastors can no longer only preach 20-minute sermons on the love of God in hopes of attracting crowds. Don’t get me wrong, I think we should absolutely major on the love of God. After all, God is love. But even love gets angry at sin, and we need to stop minimizing God’s wrath. Otherwise, I’m afraid we’re going to create many more Jon Steingards.

Republished with permission from Is Jesus Alive?