Will My Carbon Footprint Benefit or Harm the Environment? 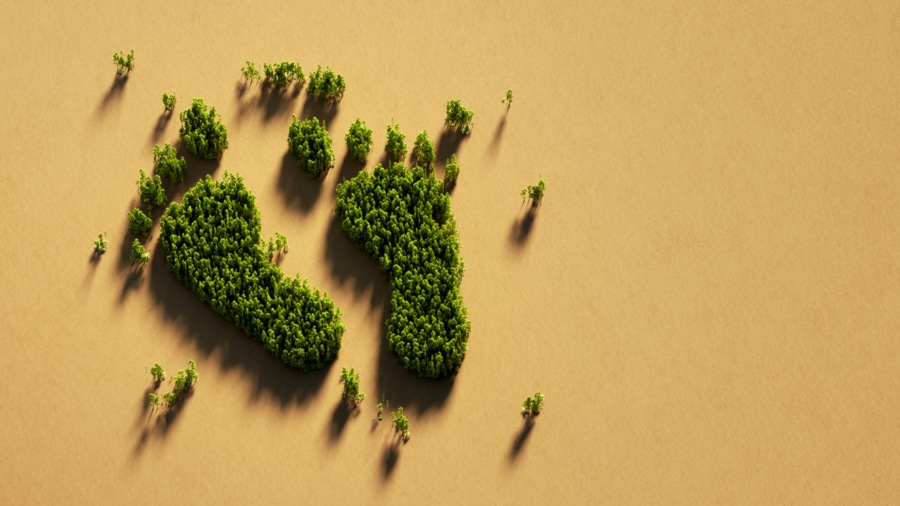 My cousin in California is excited about buying a Tesla. “It is environmentally friendly” he says. Maybe you agree. My friends in India, too, are excited about buying electric cars. They think doing so will help them prevent global warming. But the evidence suggests otherwise.

Almost every environmental policy now makes reducing carbon dioxide (CO2) emissions, the only way to “go green.” Advocates have even persuaded school children to strike against fossil fuels. As a climate scientist, I’ve researched the pros and cons of CO2. What have I found? That our CO2 emissions will actually benefit the planet, not harm it.

Why? Here are four reasons.

To begin, climate change is real. The current warming trend began in the 18th century, after the Little Ice Age. But forecasts of future warming based on faulty computer models aren’t credible. In addition, current global temperature is not unprecedented. It poses no imminent danger to ecosystems.

CO2 does contribute to warming. But the theory that it is the dominant cause is mistaken.

CO2 does contribute to warming. But the theory that it is the dominant cause is mistaken. The scientific community is divided on how strongly CO2 can influence global temperature. But the sun and oceans play major roles. They probably far outweigh CO2.

So, call me a “climate realist,” not a “climate denier.” That is a misleading term, used to discredit those who question their hypothesis.

No Damage So Far, and None Coming

CO2 emissions from human activity were almost nonexistent before the Industrial Revolution in the 18th century. If CO2 is the primary driver of warming, there should have been no comparable warming before then. But numerous warming events did occur.

So we have no reason to believe rising temperatures will cause severe global-scale problems in the future.

CO2 Emissions Have Benefitted Us, Not Harmed Us

CO2 emissions haven’t caused global harm. Instead, they have benefited us, directly and indirectly.

The direct but smaller benefit is increased agricultural productivity. Plants grow better with more CO2. Hundreds of scientific studies demonstrate this. Greenhouse operators capitalize on it. They pump CO2 into greenhouses to make their plants grow faster and larger.

If anything, the increase in atmospheric CO2 concentration levels has helped our planet grow greener. Rising temperatures lengthen growing seasons. They enable plants to grow in places where previously it was too cold. Improved photosynthesis enables them to resist diseases and pests better and bear more fruit to feed animals and people.

So think twice before you equate CO2 emission reduction with going green. That is the opposite of the truth.

While CO2 Can’t Cause Dangerous Warming, It Might Help Save Us from Cooling

Even if you contest the benefits of CO2 emissions, they cannot cause dramatic global warming. Even climate alarmists admit this. Why? Because, despite exponential increase in atmospheric CO2, no significant increase in global temperature occurred in the past 19 years. If rapid warming occurs, it is unlikely to be from CO2 emissions.

In fact, we face a possible cooling because of low solar activity. If that kicks in, whatever warming effect CO2 emissions do have will reduce the risk of a repeat of the devastation the Little Ice Age triggered.

For plant growth today and in the future, I give a green “thumbs up” to CO2 emissions. They are the real way to “go green.”

Moreover, fossil fuels have immense potential to reduce poverty in developing countries. That will be more beneficial than any reduction of global warming that might come from reduced CO2 emissions.