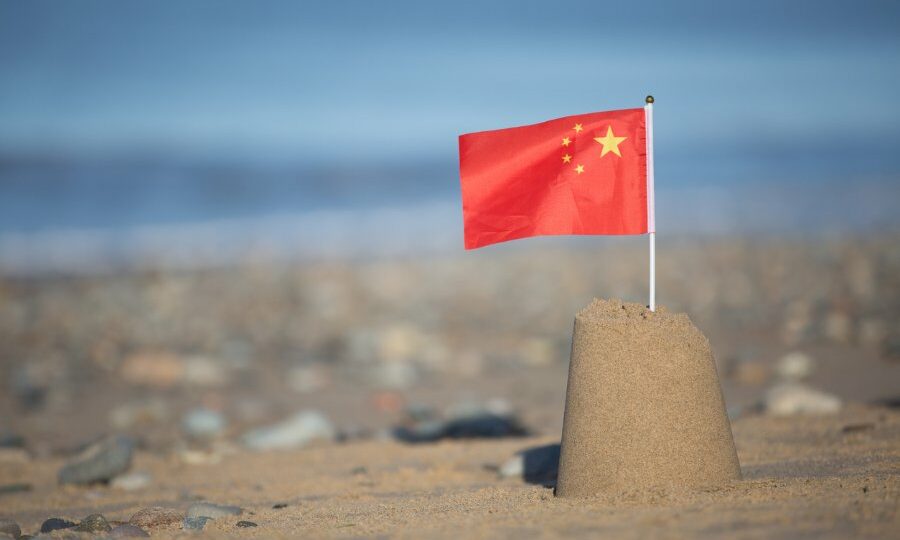 Americans now seem to be realizing what we in the Republic of India have long accepted: Dealing with communist China is incredibly complex and fraught with danger and deception. The CCP, at its heart, is about China only and about expanding its agenda at the expense of billions of people around the world.

India’s first prime minister, Jawaharlal Nehru, coined the term ‘Hindi chini-bhai, bhai’ (translated: ‘Indians and Chinese are brothers’). He later learned through war the bitter lesson that Chinese friendship was only a ruse to capture land that belonged to India. It is said that the experience devastated Nehru.

Similarly, Chinese courtship with capitalist America was only about becoming a major economic and technological world power at par with America. Having achieved what it wanted through both legitimate and illegitimate means, the Chinese leadership does not feel any obligation to embrace the values of a free and democratic world. The Chinese Communist Party is the world’s expert at bait and switch.

Just ask those who are living in Hong Kong. Ask the people of Taiwan and the threats. Ask Indians about the new occupation of Indian territory in recent border clashes. Ask Australia about punishing attacks through coercive economic policies. Most importantly, ask all the Chinese citizens in mainland China who seek freedom and justice. There is a price to pay if you cross the party line.

Chinese Handling of the COVID Outbreak

Soon, it seems, the world will consolidate around the consensus that the Chinese Communist Party’s mishandling of the early days of the coronavirus was far more insidious than we ever realized. Filled with horror and outrage, we have watched the coronavirus devastate the lives of millions of Indians. Millions have died around the world, and economies are destroyed.

It is no exaggeration when critics proclaim that the Chinese handling of the COVID outbreak is a serious crime.

China’s intentional effort to save face, to obscure facts, and to cover up a deadly disease — which may have become deadlier because of Chinese experiments in a Wuhan lab — was an atrocity. When the world feels it has satisfactory evidence then it will mean that the Chinese government is guilty of one of the greatest crimes in history.

The CCP’s propagandists, aided by their western allies who depend on Chinese finance, have worked tirelessly to try and sell the world on an image of China which reflects progress, prosperity, and power.

It’s time for political leaders in the United States, India, Europe, and throughout the continent of Africa to recognize there is no way forward for our relationship with China under present circumstances. The status quo comes with too high a price.

Either China must change its behavior in China — affecting innocent millions of Chinese citizens whose freedoms are curbed — and outside of China, or it must reckon with concerted consequences from the rest of the world’s powers. Simply put, China’s brazen flaunting of international agreements, and its incarceration of Uyghurs and other minorities, is unacceptable for the civilized world.

Xi’s authoritarian personality cult seems to be confident that the People’s Republic can withstand the sustained pressure of the world’s democracies (so did the leaders of the Soviet Union). But history will prove Xi is wrong if our world leaders do what they can and do what they must.

There is still time to take specific and effective action. To quote America’s previous Secretary of State from The Washington Post recently, “If the CCP will not act responsibly toward the world, the world should not protect CCP leaders’ assets hidden abroad. The world should enforce claims against China’s state-owned enterprises and improper commercial activities, and curtail preferential treatment of Chinese entities.”

Also, whatever disagreements exist on the edges of the friendship between the United States and the Republic of India, there really is one major issue which should be the heart of our two countries’ focus presently: preserving the global democracies in order to stop the Chinese leadership.

India and the United States represent the world’s two most powerful democracies. I was pleased to see my beloved India join the quad — along with Australia, Japan, and the United States — in order to present a focused front against Chinese military threats and incursions. But more must be done by all four nations.

China needs to know that the rest of the world sees it as a new imperial world power bent upon colonizing the nations of the world with its economic and military might. Why are those who speak against American neo-imperialism so strangely quiet on Communist Chinese imperialism? Why are powerful and wealthy Muslim nations not protesting China’s incarceration of millions of Muslims when those same nations are always quick to condemn Islamophobia in the free world?

Free nations formed unbreakable alliances during the Cold War and against human rights abusers in every decade I’ve been alive. The same was true when the Nazis rose to power. I’m confident a new coalition to confront the CCP is rising, and it must succeed.

The Flag of Democracy

The combined effects of the CCP’s genocidal behavior against its own people and catastrophic COVID-19 failures compel the world’s democracies to make confronting China their number one priority.

It’s time for the foreign policy of the United States, of India, and of our allies to insert our flag of democracy firmly into the ground of this chaotic new century. It is disappointing to see few Western nations lacking the spine to stand up against human rights abuses and flagrant attacks on democratic values.

We mustn’t cede this new century to the rehashing of the ideas that made much of the last century the bloodiest and most inhumane in a thousand years. Make no mistake, this is where this will lead if the free world doesn’t rise up and draw the line in the sand now. Human freedom and equality before the law must be protected. When peace is not possible through conversation and dialogue, we must be willing to pay the price for peace confronting those who so obviously want to trample upon us.

Archbishop Joseph D’Souza is an internationally renowned human and civil rights activist. He is the founder of Dignity Freedom Network, an organization that advocates for and delivers humanitarian aid to the marginalized and outcastes of South Asia. He is archbishop of the Anglican Good Shepherd Church of India and serves as the president of the All India Christian Council.